Archive » Are Organic Producers More in Touch With Their Crops?

Some producers are discovering that the conventional farming method of spraying chemicals doesn’t yield the biggest or best crops. In fact, staying away from chemicals can help them be better producers. French wine producer Francois de Conti tells us why.

In Thenac, France, about 85 kilometers east of Bordeaux, Francois de Conti manages his vineyard without the use of chemicals. According to Francois, organic vineyards are producing higher-yielding, better quality crops than conventional. Part of the reason is that organic producers are able to see problems in the field before they arise and spread. “I pay attention to the reaction of other plants in the vineyard, as well as to the surrounding environment because smaller, more vulnerable plants may show signs of trouble before the vines will.” In this way, Francois heads off a potential outbreak before it has time to spread. It takes keen observation skills and technical knowledge, but the payoff goes beyond the ability to forego the use of pesticides and other chemicals—it means that farmers are more in touch with all plants growing in the fields, moisture levels, soil, and the progress of the vines. In short, it helps him be a better producer. When treatments are needed, rather than chemical mixtures, Francois uses “phytotherapy” employing the use of nettles, horsetail, and other plant-based solutions to ward off mold and insects. 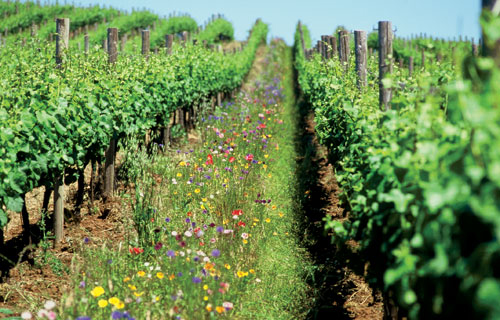 An important distinction between organic and conventional production is that organic requires the producer to be more technical and to use hands-on human intervention versus mass chemical intervention. “An organic producer is in the field every day observing, controlling and making any adjustments. Conventional farmers spray the crops and then go back inside for 20 days.” Using chemicals to control the crops is a poor substitute for human control, according to Francois. “Producers who spray their crops just take the advice of the chemical manufacturer representatives about controlling problems. Organic farmers delve right into the production themselves”. In fact, he only needs to use about half of the amount of copper solution allowable by organic regulations and still recovers from problems much sooner than his conventional counterparts who spray powerful, hazardous chemicals.

The results have been tangible. Francois used to bottle only 50% – 60% of his grapes. The rest had to be sold to bulk wine trading companies. Since he started employing organic techniques, he can use 80% of his crop production in his own wine. This gives him more control over how many bottles of wine he produces and thus more control over his wine quality and income. 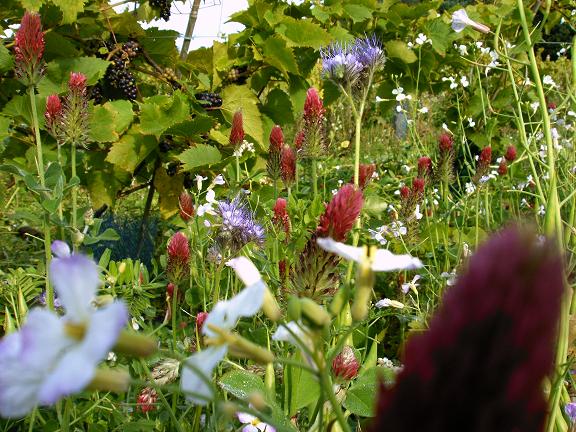 Additionally, Francois sees broadening support for organic wines and their producers. Growers in France already have a union for technical help where organic producers share ideas and methods, and yet another for promotional support. As well, support from wine consumers is no longer considered just a trend. Customer demand has been growing steadily for the better part of a decade and is now worldwide with particularly high sales in areas like the US, Canada, Germany, Northern Europe, and Japan.