Archive » Ongoing atrocities on Brazil’s indigenous peoples are a profound menace to their existence, livelihood and wellbeing

Indigenous peoples are the most efficient preservers of the world’s biodiversity and this is particularly true for Brazil’s indigenous reserves that hold the most pristine parts of the rainforest in the world. Nearly one-fifth of all Amazonian animals and plants live in these territories — which retain 25.5% of all carbon stocks in Brazil — and indigenous peoples rely on these ecosystems and their land for their livelihood.

The struggle to protect their land from illegal mining and logging in the region has been brutal and bloody, and it has been alleged that the Jair Bolsonaro government is using the pandemic as a smokescreen to continue illegal activities of deforestation and land grabbing.

The northern Brazilian states, including the Amazonas, have been hit the hardest by the pandemic. More than 60 indigenous communities have confirmed Covid-19 cases and most of them have been reported from the Amazon region, from where people can only go to hospitals by boat or plane — the average distance between indigenous villages and the nearest intensive care unit (ICU) in Brazil is 315 kilometers. 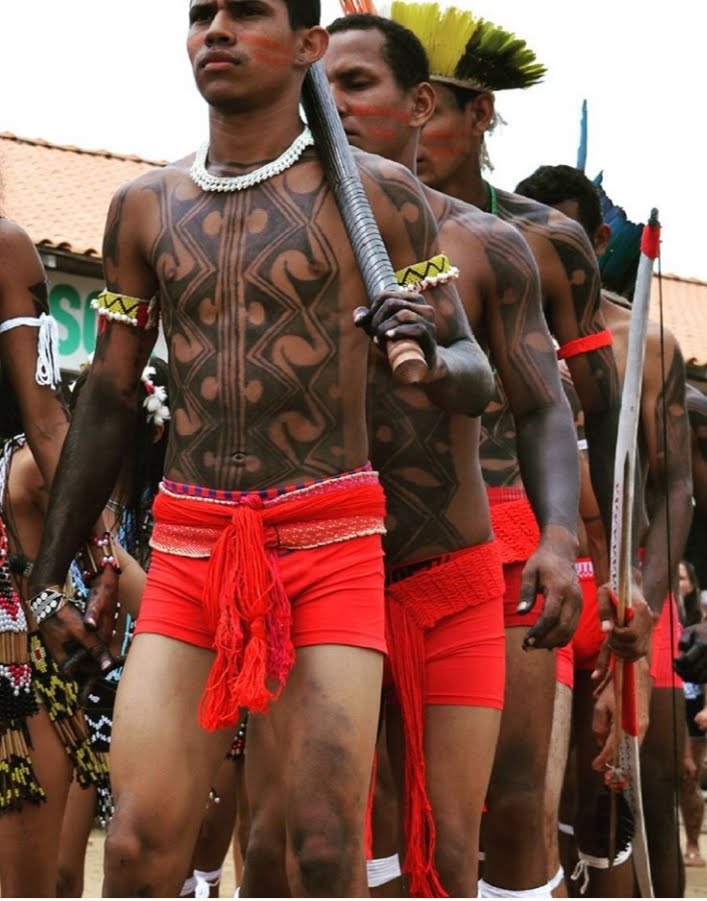 Furthermore, the mortality rate among the indigenous peoples is twice that of the rest of Brazil’s population, according to an advocacy group called Articulation of Indigenous Peoples of Brazil (APIB) which tracks the number of cases and deaths among the country’s 900,000 indigenous peoples. They claim that “the coronavirus has taken advantage of years of public neglect.”

The indigenous peoples were under severe threat even before the pandemic brought the world to a halt. Illegal loggers, hunters, and evangelical missionaries have been operating in the Amazon rainforest for years. These loggers and miners now risk bringing the virus to remote communities, raising fears of genocide.

“COVID-19 arrived in my region’s villages and the oldest, and most important ones, are slowly falling”, said Amaury Camizão Juruna of the Juruna people and active member of Slow Food network. “My old friend Porake is gone and people are leaving for other planes. I keep thinking about the pain of these people. I have worked with them for a long time and can do nothing to help them. 3 indigenous people of the first contact have already died because of COVID-19,” continued Amaury.

The Juruna people live in the Belo Monte Dam area on the Xingu River in Pará state. The approval of new plans regarding the dam project by the Brazilian Congress in 2005 has led to the displacement of many Juruna families. The elderly, especially in indigenous societies, are integral to preserving traditional knowledge as most indigenous peoples are marked by oral traditions that are passed down generations and are crucial for their cultural survival.

Since the outbreak of the coronavirus — which “kills a Brazilian a minute” — Brazil’s president Jair Bolsonaro’s decisions regarding the pandemic have repeatedly been questioned. An editorial in The Lancet said that Bolsonaro’s irresponsible handling of the situation has resulted in utter confusion across Brazil, which, as of June 12, 2020, had roughly 805,649 confirmed cases of Covid-19, making it a coronavirus hotspot second only to the United States globally. Studies indicate that the number of deaths may surpass 125,000 by August.

The president’s indifference puts the lives of several Brazilians, especially the country’s indigenous peoples living in remote areas, at risk. Roughly 13 million Brazilians shack up in favelas, where sanitation and hygiene recommendations, as well as social distancing, are near impossible to maintain. Indigenous peoples who have moved to urban areas for higher studies or in search of work are forced to live in precarious conditions with little to no access to public services. Meanwhile, those living in far off regions do not have basic sanitation or health facilities.

“We haven’t received any support or assistance from the regional or the federal government. The municipality is doing its bit but the Bolsonaro government has totally excluded us. We see our relatives suffering and experiencing difficulties. We don’t have groceries, food, or other basic products to live. We have been asking for help but no one has come forward to help us,” says Sérgio Garcia Wará of the Sateré-Mawé, a group of indigenous peoples living in the state of Amazonas. The Sateré-Mawé community, like several other indigenous peoples, have been struggling for cultural and physical survival and to promote their food sovereignty. 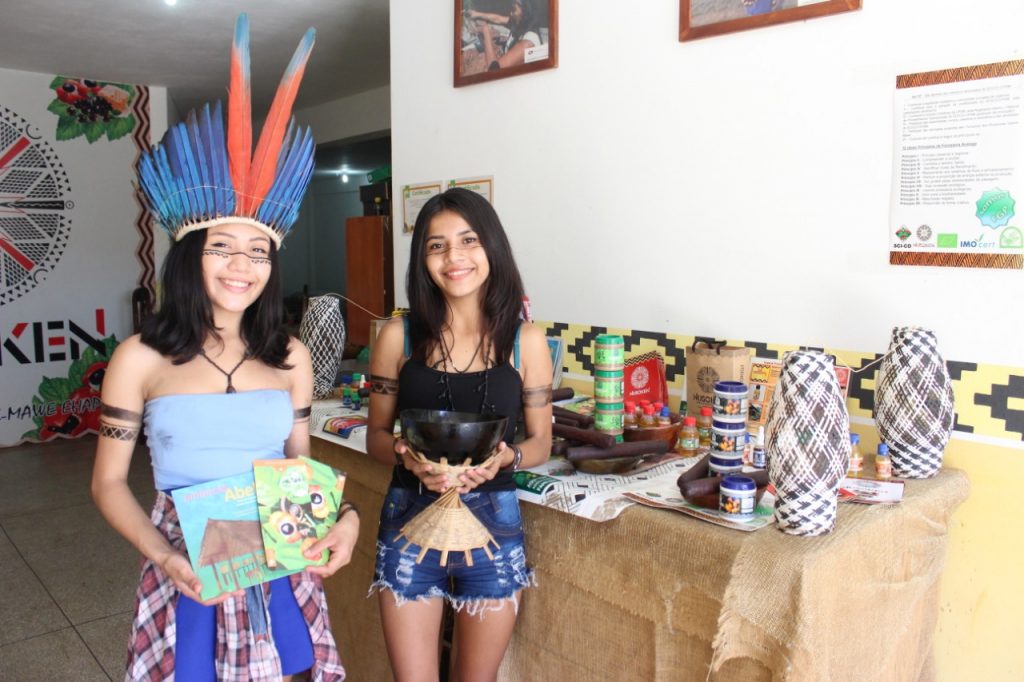 Food security, for them, is closely linked to the guarantee of their territories, which have been usurped for industrial purposes and have irreparably changed their food systems and way of life.

“Indigenous peoples depend on agriculture for their livelihood and are involved with the public procurement program which supplies school canteens of the municipality of Vitória do Xingu. Here the contract amount reaches up to 120 thousand reais (aprox. 2,400 USD). Before the Covid-19, we faced several challenges because the contract does not include logistical costs for distributing food, which ends up being very costly. And with the non-conclusion of the public procurement contract, due to Covid-19, we are left with large amounts of fruits, vegetables, and artisanal products — produced in a clean and fair manner, respecting the traditional way of working of the Juruna people. Our agricultural activities are always carried out with utmost respect to the forest and its inhabitants together with community members and partners,” said Amaury. 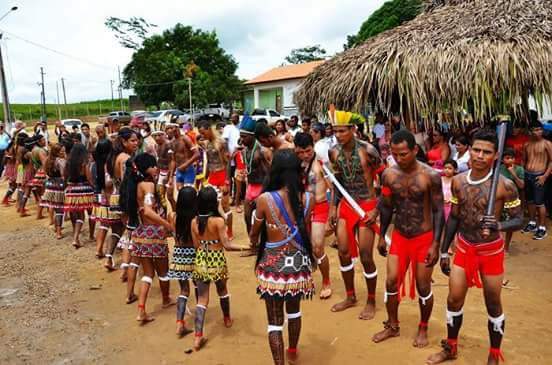 The rising numbers have left them with no choice but to quarantine themselves. However, for the Jurunas, “The isolation is very difficult especially as we function as a collective. We eat, work, walk together. Also, not being able to leave the house or going to the fields means no food here,” says Camizão Juruna, who along with other members of his people, has raised donations to provide ready-to-eat meals to households in his village. “On behalf of the community, I thank all the peoples who came forward and made donations but we need more contributions so that the work does not stop,” he adds.

The plight of the indigenous peoples of Brazil is only worsened by the illegal mining and logging on indigenous lands, which has only increased since the pandemic struck the country. According to data from Brazil’s National Institute for Space Research (INPE), deforestation in the Brazilians rainforest increased by nearly 64% in April this year in comparison to a year ago. Last month, 156 square miles (405.6 square kilometers) of rainforest were destroyed. The area is twice the size of Washington DC.

In April, FUNAI — Brazil’s indigenous affairs agency — passed a law that prevents indigenous lands awaiting official demarcation from being labeled as “indigenous” in the land registry. The new law, environmental groups have argued, allows those who illegally occupy indigenous lands to claim that the land is not indigenous. Furthermore, the controversial rule, Provisional Measure (MP) 910, first decreed by Bolsonaro in December 2019, is now the legislative bill PL2633 and is being considered to be turned into permanent law. It permits those who illegally deforested and occupied protected federal lands before December 2018 to buy the property at reduced prices.

Bolsonaro’s hostility toward the indigenous peoples he claims to govern and the complete impunity with which his government functions, has put the very survival of indigenous peoples in peril. His decisions and the ongoing atrocities on Brazil’s indigenous peoples will have profound implications as they rely entirely on their land for their livelihood as well as their physical and spiritual wellbeing.

As Slow Food movement and as Humans, we must stand by indigenous peoples’ side in their cause of protecting their lands, traditions, and rights, and we need to scale up and scale out their voices, for the Humanity to understand that our planet’s future depends on this fight.