Archive » No substitute for honey

How adulteration and bee malnutrition threaten the future of this food, the bees that make it, and all the other plants they pollinate.

If the panda and the tiger were the symbols of wildlife conservation and environmentalism in the 1990s, then the figurehead for the contemporary Green movement is most certainly the bee.

That’s mostly for selfish reasons: the bee’s importance as a pollinator in global crop farming is well known, and at the same time, they produce a food which has been a staple source of sugar for cultures and communities around the world for thousands of years, perhaps even predating agriculture: honey. 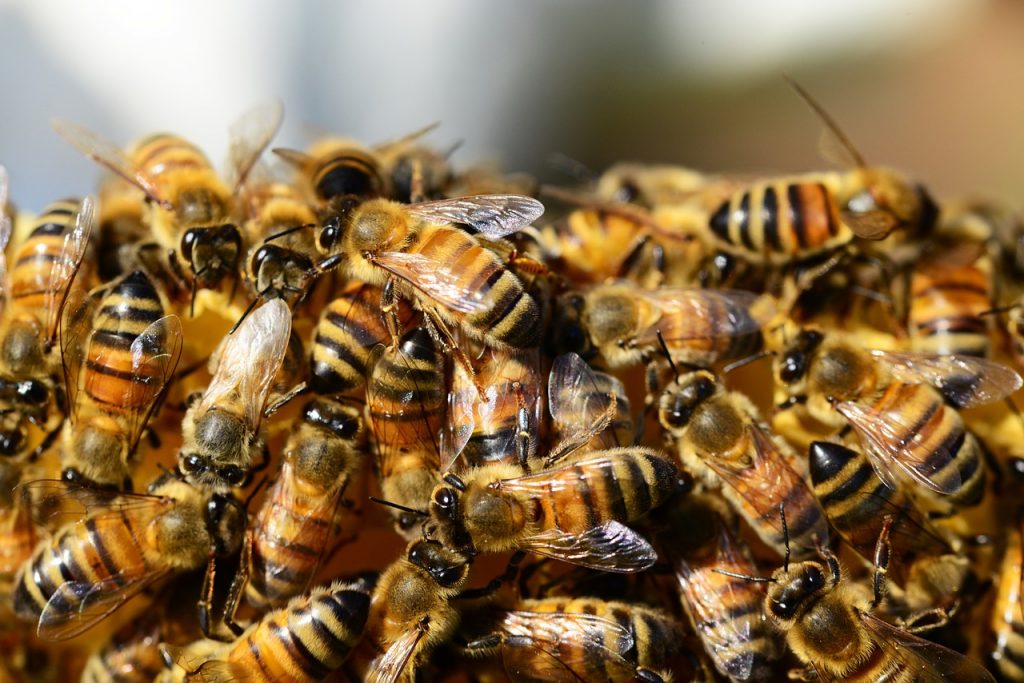 Yet there are two serious issues with honey production that represent a major threat to the very survival of honey bee species, with dozens of different species already endangered or critically endangered.[1] There are wider issues, of course, regarding the use of pesticides[2] and habitat loss through climate change and human activity, and their impacts on floral biodiversity, but today we’re focusing on two direct interventions in the honey industry which amount to a swindle for consumers and for bees.

The first issue is the adulteration of honey with other sweeteners.

This problem is widespread around the world, particularly in countries that produce honey on an industrial scale, like China. Part of the reason why it’s so widespread is because it’s historically been very difficult to detect, and so producers could get away with watering down their honey with cheaper substitutes like corn syrup, rice syrup or palm sugar in order to increase profit. The chemicals in these substitutes are very similar to the ones we find in real honey: so then, what’s the problem, and why is money being spent on advanced technologies like Nuclear Magnetic Resonance (NMR)[3] that can detect these impurities?

Most obviously, there is a question of transparency: if we buy something that claims to be honey, we have certain expectations, and by purchasing it we are demonstrating our trust in the producers and their claims. Honey commands a high price compared to the substitutes, and rightly so, so we’d be justified in feeling cheated if we spend money on honey rather than a cheap bottle of corn syrup, only to unknowingly consume corn syrup anyway.

Secondly, while the substitutes may not boast the health benefits that real honey does, some of them pose no danger in terms of toxicity. Others do, unfortunately. Rice syrup contains higher levels of the poison arsenic than would be permitted in drinking water[4], while the fructose in corn syrup cannot be used by our bodies to generate energy: it has to be stored in the liver as fat or glycogen.[5]

Besides the naked greed of the honey industry and the disregard for the environmental and health consequences of its adulteration, there’s another point to be made here about diversity: part of the beauty of honey lies in its wonderous transformation and interpretation of flowers. Even the most refined connoisseur of cheeses may struggle to discern the diet of pasture-raised animals through the aromatic profile of their milk, but anyone can see, smell and taste the difference between monofloral honeys. The adulteration of honey with cheap substitutes is another turn of the screw towards the homogenization of tastes and our alienation from the origins of our food. 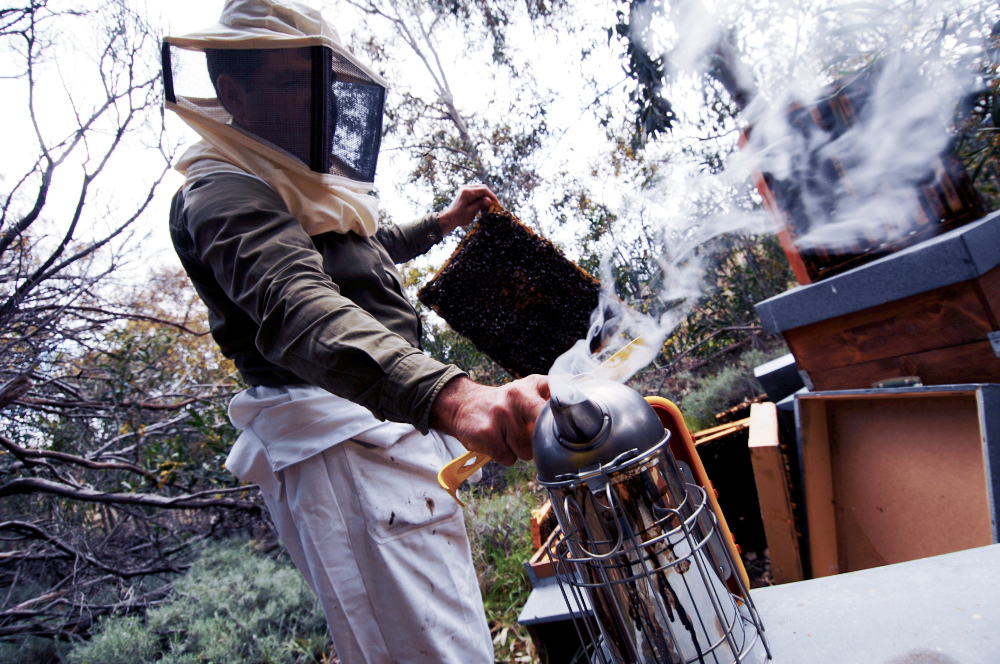 The second issue is… the adulteration of honey with other sweeteners.

But wait, wasn’t the first issue? Yes indeed, but this time we’re not talking about the honey that we eat, but the honey that the bees themselves eat. That’s right: overzealous beekeepers, in an effort to squeeze as much profit as they can out of every single bee, are not just stealing an unsustainable amount of honey from their hives, they’re also giving these same substitutes like corn syrup to the bees to eat, which studies have linked to colony collapse disorder (CCD).[6]

While the potential causes of CCD are varied and the phenomenon is still poorly understood, malnutrition amongst bees is one of the leading suspects, alongside pesticides and viruses. Given that honey is bees’ natural food, it stands to reason that an impoverishment of their diet due to the subtraction of honey for corn or rice syrup may impact their immune systems[7], just as a nutrient-deficient diet weakens human immune systems. Thus the indirect effects of this malnutrition may be increased susceptibility to parasites like Nosema ceranae, which further increases the toxicity of pesticides like neonicotinoids for bees[8]. When we spray the fields with pesticides, and deliberately malnourish bees, weakening their immune systems, it should come as no surprise that their numbers are in such drastic decline around the world.

It’s clear that something needs to change if we don’t want honey to be a story we tell our angry grandchildren with melancholy and nostalgia. So what can we do? There are three main actions that Slow Food recommends:

Slow Food supports the Save Bees and Farmers European Citizens’ Initiative. If you’re an EU citizen and haven’t yet signed the petition, there’s still time!

[1] See, for example, the European Red List of Bees produced by the European Commission. Data on endangered bee species elsewhere is largely insufficient, but a global decline has been recorded in several studies, including this one published in Science in February 2020.

[2] The impact of pesticides on bees has doubled in the last decade, recent research shows, as reported by the Guardian.

[7] The link between bee malnutrition and immune system deficiency has been studied by researchers linked to the University of Illinois Bee Research Facility, 2014.

[8] As reported in this study by researchers at the University of Montana in 2010.

How to Make A Flower Bomb?

In May, Slow Food calls on every European citizen to take a stand for biodiversity and pollinators: this is the “Flower Bomb Challenge”! Participants have two weeks to make their “flower bombs” (a mix of wildflower seeds, clay and soil) and will be invited to throw them around in their garden or in public spaces …

The incredibly biodiverse Cerrado is Brazil’s second-largest biome after the Amazon. However, half of the savanna’s native vegetation has already been lost to industrial agribusiness, which produces beef, soy, cotton, corn, eucalyptus and palm oil for export. Those wishing to save the Cerrado today are challenged by the lack of protected lands. One response by …

Reflections on the Earth Markets and sustainability

The Earth Markets are one of the most ambitious and complex Slow Food projects, requiring significant and continuous logistical organization between the participating producers. The goal is to create direct links between producers and the public, cutting out the middle-men and making good, clean and fair food more accessible. Did you learn something new from …

No substitute for honey

How adulteration and bee malnutrition threaten the future of this food, the bees that make it, and all the other plants they pollinate. If the panda and the tiger were the symbols of wildlife conservation and environmentalism in the 1990s, then the figurehead for the contemporary Green movement is most certainly the bee. That’s mostly …