One of the project producers smiles as she uses an old watering can to water the first pumpkin and corn plants that are sprouting. She started the cornfield a few weeks ago and, together with her family, is reinforcing the fence to keep out the goats that had entered the milpa field on previous occasions. She also brought some new chaguar plants from the bush, which she planted to stop the animals from getting into the food patch.

In April 2021, we began to develop the Niyat project with the aim of strengthening indigenous women, using in new forms of local governance for recognition and access to rights. Working on indigenous leadership centered on women is the challenge that the Niyat project has undertaken.

This innovative project is financed by European Union, supported and monitored by Slow Food and implemented by Fundación Gran Chaco with its team of professionals. One of its axes is the production of food to cover the basic needs of families as well as trying to have surpluses that can be marketed and improve their livelihoods. 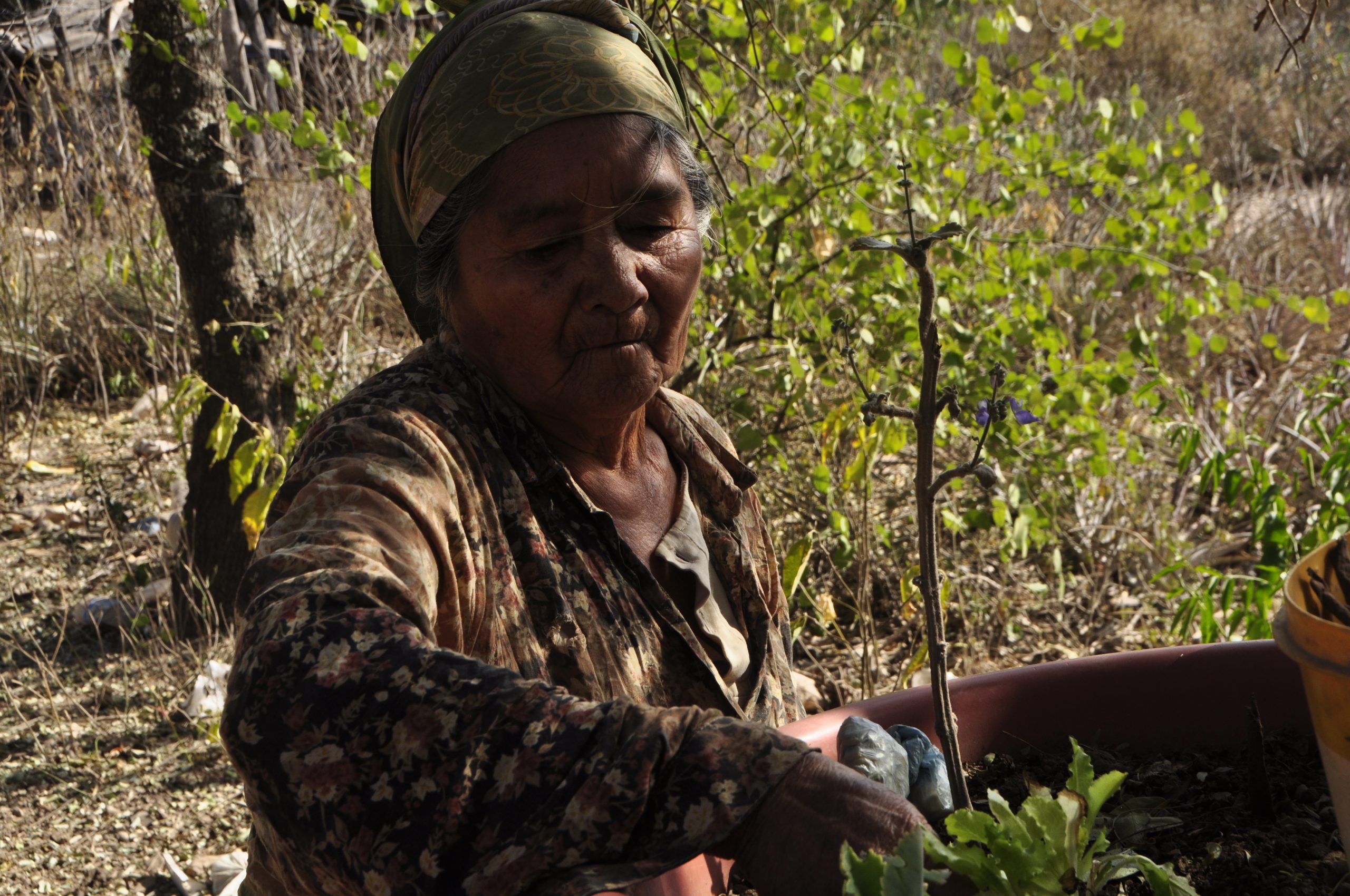 Given the limitations caused by the pandemic, workshops were held in a virtual format where families from the Wichi, Qom and Pilagá communities shared their knowledge with specialists from the Fundación Gran Chaco and Slow Food professionals. In this way, little by little and with committed support within the territory, food modules are being set up in 3 provinces, which in turn will be the starting point for other families.

The workshops were carried out online since the pandemic limited our movements. Some visits were made, and when it was not possible, we communicated through messaging.

Seven virtual workshops were held, where we dialogued on how to cultivate and how to produce in an agroecological way. It is very enriching to share knowledge, as well as to learn from the families who are in the field and from the technicians who have been facing adversities for a long time.

“We have recently started our own food modules and I think it is important because here in the community where we live, we don’t have many vegetables; they all come from outside our territory. We want our communities to produce food locally, involving our families and receiving their support” – explains Norma Rodríguez, president of the local Rural Women’s Cooperative (COMAR), member of the Wichí people and partner of the project. 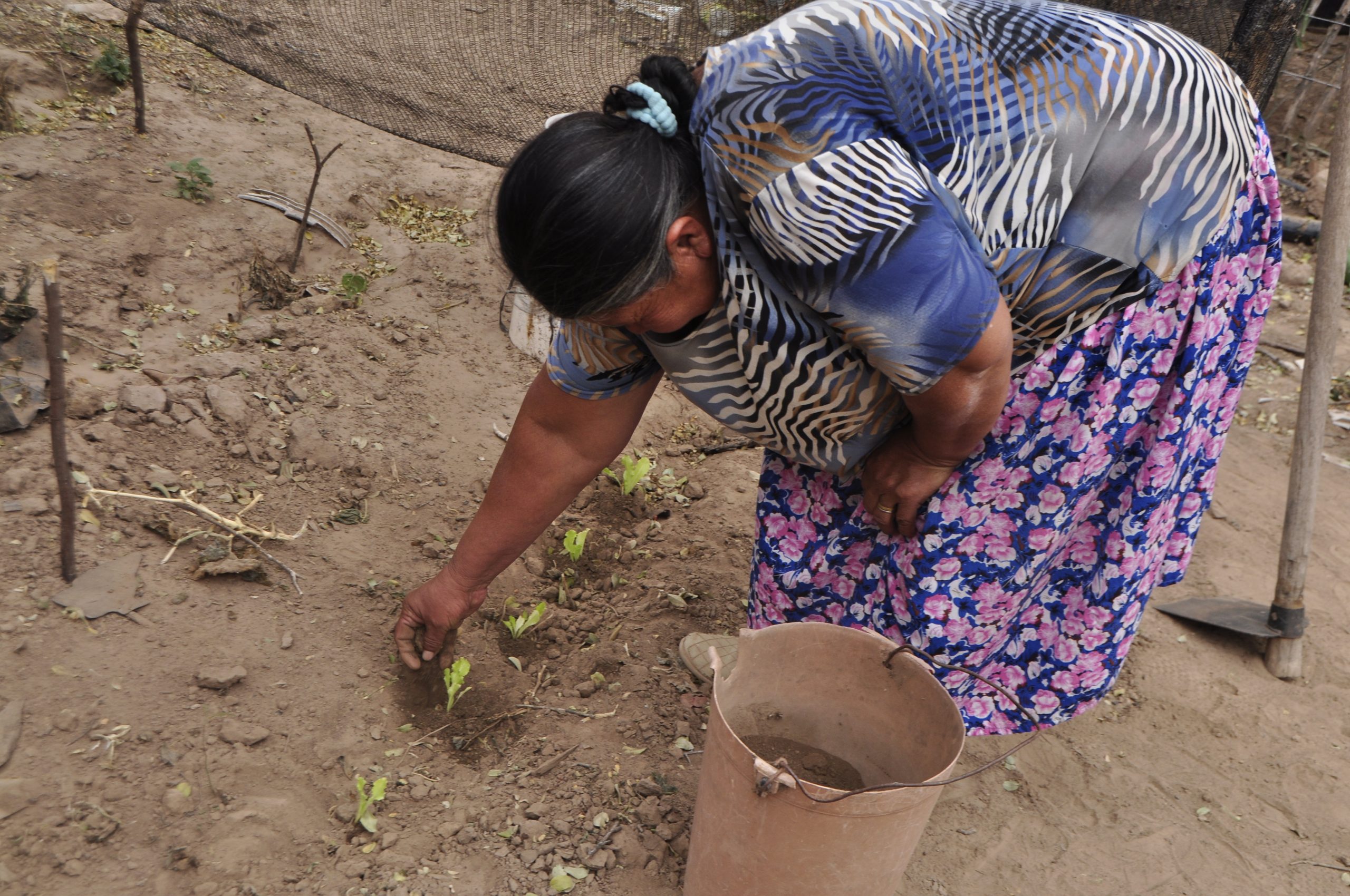 The food component of the Niyat project currently reaches about 40 families and will reach 120 in the next two years. Each family is a multiplying nucleus that aims to reach 2,400 families in total through trainings carried out in different formats.

“Think big and start small” – said Franco Herrera, one of the technicians at the beginning of the workshops; we took this as an inspiring phrase, to which we added, “with hard work and firm steps.”

* Managed by Fundación Gran Chaco in coordination with the Rural Communities Network (RCR), the Rural Women’s Cooperative (COMAR), the gender area of the Latin American Faculty of Social Sciences (Flacso) and Slow Food, the Niyat project aims to strengthen women in order to generate a new indigenous governance for the co-design of public policies based on rights in the rural areas of the Gran Chaco of Argentina. The objective is to promote indigenous leadership by promoting a process of inter-institutional articulation to consolidate the communities as a local subject protagonist of the interventions in their territory, in dialogue with the State.