Archive » NIYAT: a new project for the Slow Food network in Argentina

Indigenous* leadership in the construction of new forms of local governance for the recognition and access to rights.

The word “Niyat” refers to the Wichí name of the traditional leader, who represents a guide and bases his leadership on the knowledge and ability to guide the group in the face of the risks and difficulties they have to face.

There could not have been a more appropriate term to refer to the new Slow Food project launched in Argentina, financed by the European Union and executed by Fundación Gran Chaco in coordination with the Rural Communities Network (RCR), the Rural Women’s Cooperative (COMAR), the gender area of the Latin American Faculty of Social Sciences (Flacso) and the Ministry of Social Development of the Nation-MDS. 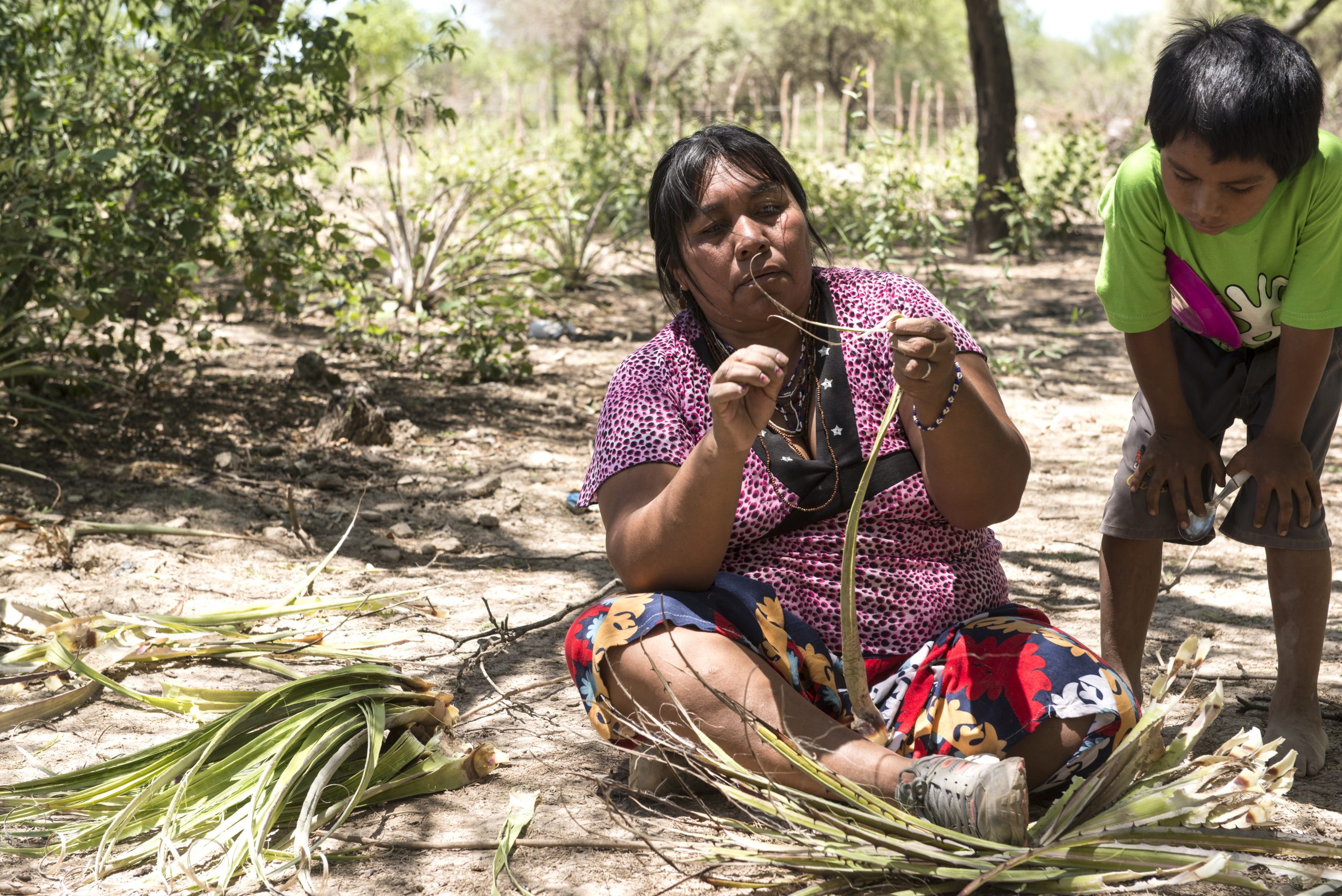 “NIYAT, the Wichi leader, – Fabiana Menna, coordinator of the project for the Fundación Gran Chaco, explains – has a more guiding concept and is not hereditary, as it later became the cacique, the current authority recognized by, let’s say, the national State. The traditional Wichí leader is a person who has wisdom, who knows how to orient and guide his group and many times it is a young person, an adult, who later changes and passes on his leadership to another person who bases his leadership on personal prestige, not on a hereditary position. When we talk about indigenous leadership, we talk about other ways of thinking about leadership, which is much more horizontal, much more flexible and variable. This concept of guidance is also key, it is that he is a counselor, and it is precisely this form, let’s say, much more horizontal, inclusive, it is also of his leadership that is not masculine”.

The protagonists of the program, in fact, are first and foremost women, but also young people and indigenous communities: Niyat project aims to strengthen their role in order to generate a new indigenous governance for the co-design of public policies based on rights in the rural areas of the Gran Chaco of Argentina. The objective is to promote indigenous leadership by promoting a process of inter-institutional articulation to consolidate the communities as a local subject protagonist of the interventions in their territory, in dialogue with the State.

Fundamental will be the role of local associations that will put into practice the various concrete actions  in 24 indigenous communities in the provinces of Salta, Chaco and Formosa that are part of the Cooperative of Artisan Women of the Gran Chaco-COMAR.

“In COMAR cooperative – – Norma Rodriguez, president of the cooperative Comar, member of the Wichi peoples and beneficiary of the project itself, explains – there are 2000 craftswomen. There are 2000, but there are others that works with us and are not associated yet, but they are working with us, and we also sell their products. And we have a lot of challenges to face: women as me are working a lot because we have our handicrafts that have an outlet, but the men are suffering of lack of  work. It is important for us, to be part of these organizations and also this collaboration of Fundación Gran Chaco that is supporting us, because we are not in the city, we are in the communities and sometimes it is difficult to know more about other people . Sometimes it is complicated because we live far away and now thanks that we have internet, we can communicate with other people who live in other countries.” 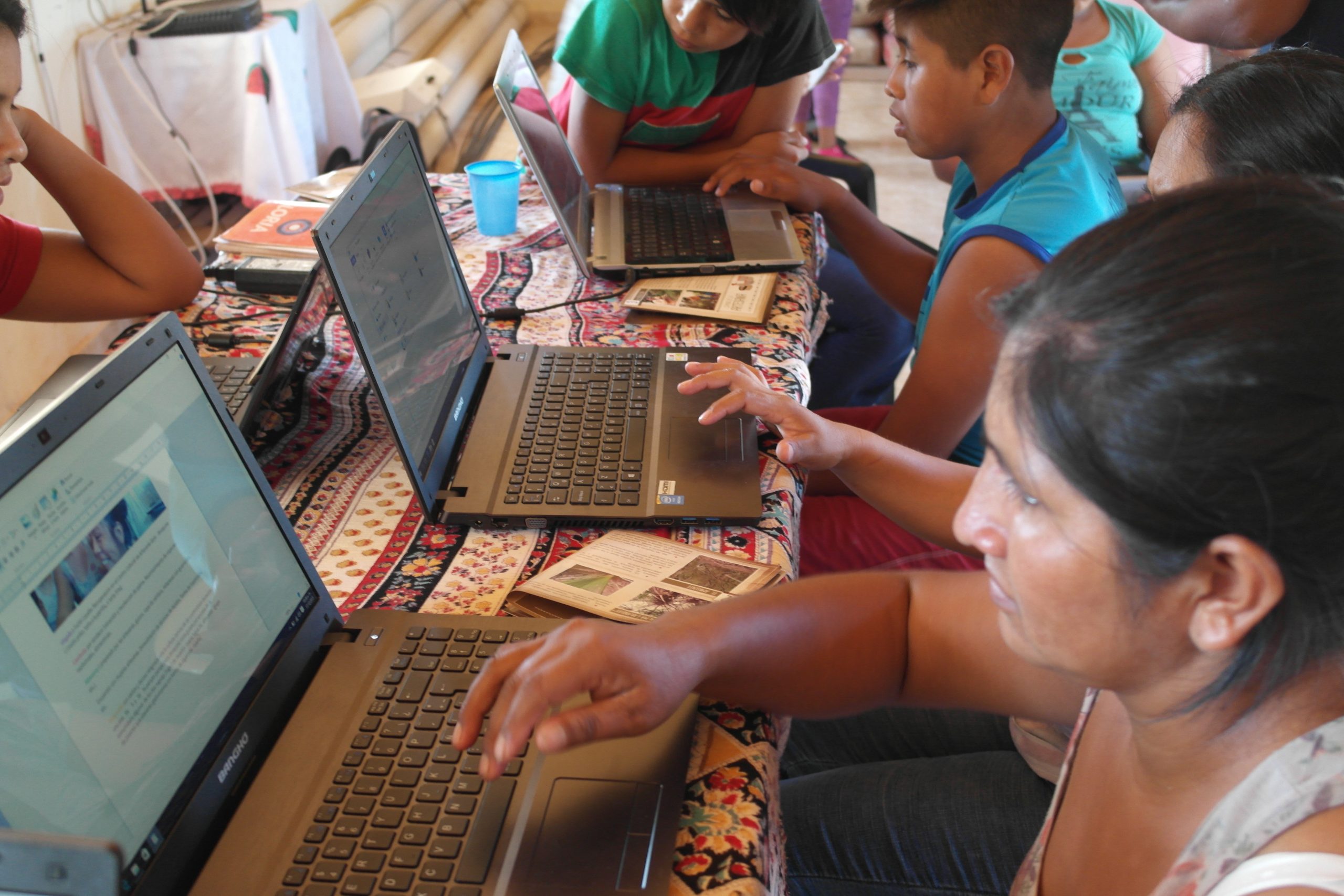 In effect, the conditions of vulnerability in which these communities find themselves are due to the difficulty in accessing indispensable assets for their development. In addition, the indigenous population does not have access to the educational system in the same proportion as the rest of Argentine boys and girls and don’t have adequate ICTs. This situation is aggravated by high rates of food insecurity.

Through the project, as well as strengthening the management capacity of indigenous communities, through the installation of Local Management Committees, LGCs, for participation in the construction of public policies, the participating associations will consolidate learning communities to promote the right to comprehensive, intercultural bilingual education with a gender focus and will improve the food security of communities, enhancing traditional production systems based on local knowledge and biodiversity. 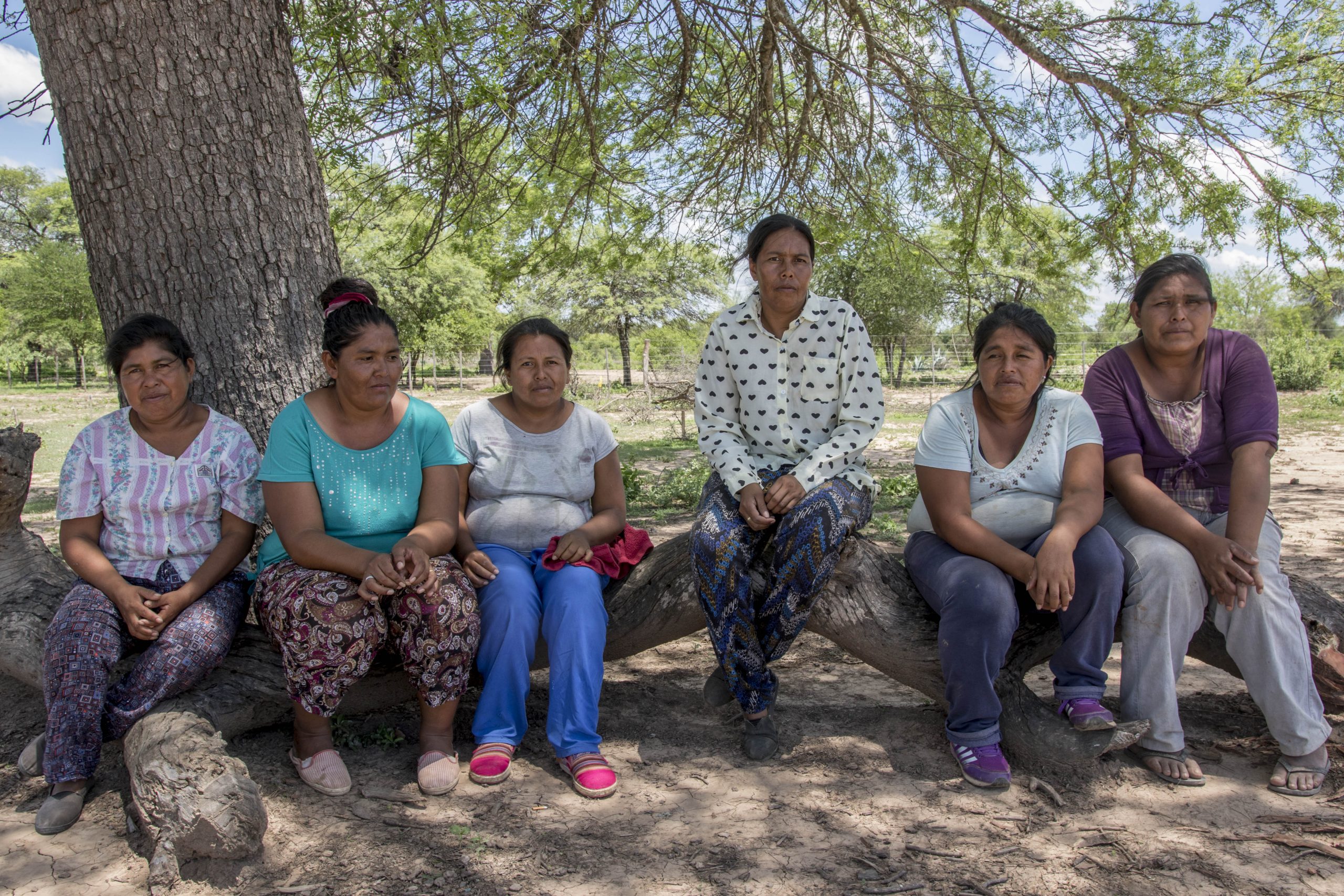 “The project responds mainly to the need to build public policies and address indigenous communities, which are effective. – Fabiana Menna says– The indigenous communities of Chaco, Salta and Formosa, and of all regions in general, live in conditions of high vulnerability, high food insecurity and lack of access to human rights in general. Many times, from the State, there are a whole series of programs and investments, but they encounter multiple barriers so that these investments can generate an endogenous development process. So, from the NIYAT project we aim precisely that this policy is co-designed, designed jointly by the civil society, the communities themselves and the state. We believe that this is the only way for investments to be lasting, sustainable and inclusive”.

So, some of the key words of the project will be dialogue and inclusion, in an effort to understand the different perspectives of everyday communities and to empower communities to become leaders of their own futures. 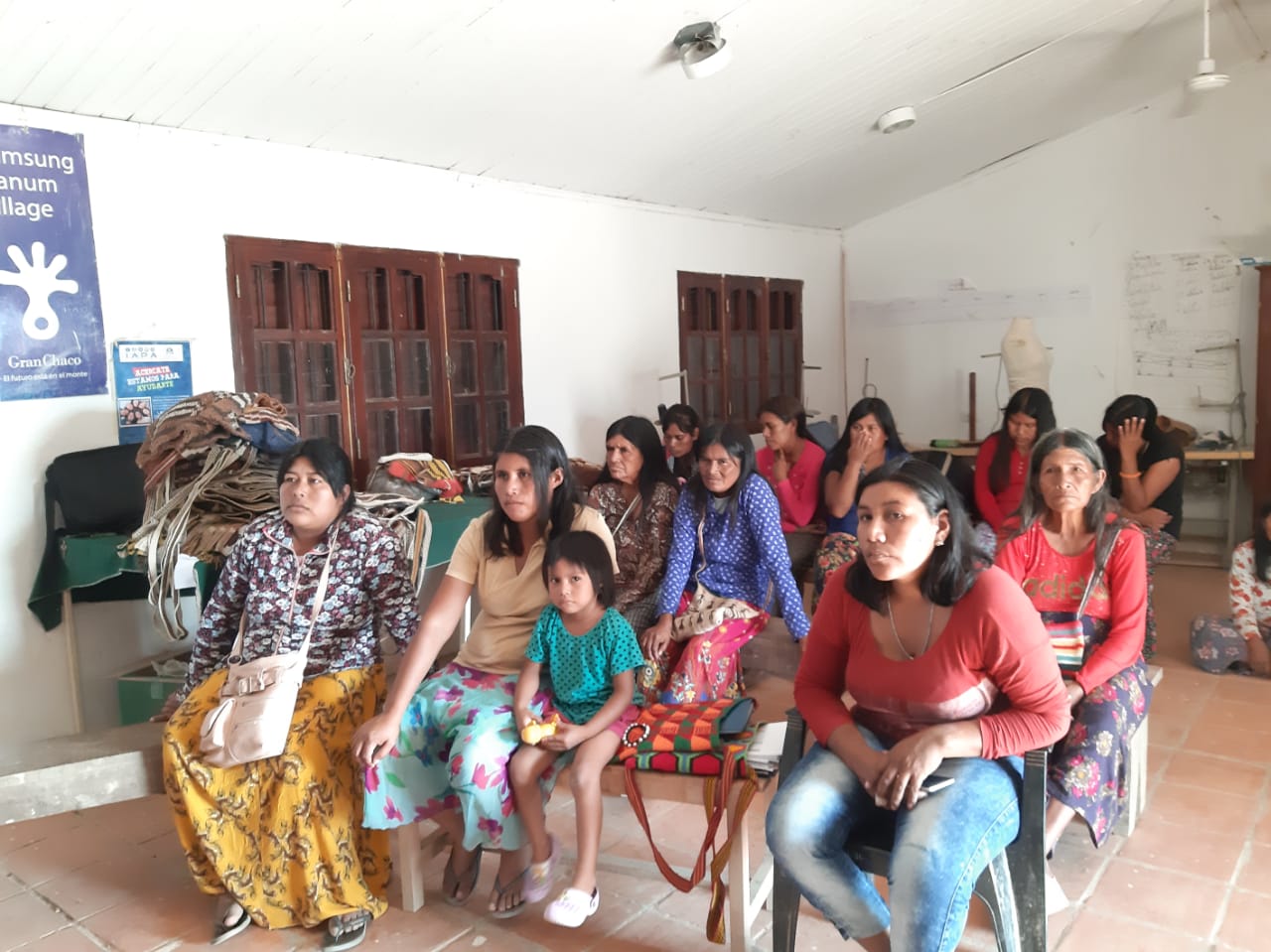 “Many times – Fabiana Menna concludes – one of these barriers to building public policy together with the indigenous communities is the high level of fragmentation of the indigenous people of the Gran Chaco region, who are traditionally hunters and gatherers and what happens in their band structure. Unlike the Guaranis, the Kollas, the original Andean peoples, the hunters and gatherers of the Gran Chaco have never formed very large, very structured organizations, but have always been very flexible socially and politically, they were called by several authors as “the society without a State”. What happens in their structure is the extended family, which are groups of about fifty people. If today the community represents a sum of several of these extended families, so… Hence the great fragmentariness of the leadership and often the difficulty of having a single interlocutor. That is why it has been very important and significant for us to add, as you said before, the project of the cooperative of women artisans of the Gran Chaco, which is integrated by indigenous women of the Wichi, Qomle’ec and Pilagá people who will accompany us in all this process”.

*Although in Argentina the terms “native peoples” or “aborigines” are preferred, Slow Food has also decided to adopt the term “indigenous peoples”, which is internationally recognized as an instrument for the defense of peoples’ rights. In any case, it should not be forgotten that these terms are “exominoes”, that is, denominations given to the communities from the outside.