Archive » New Momentum for the Ark of Taste

While the philosophy underpinning the Ark of Taste, its objectives and the criteria for a food product to join the Ark will remain unchanged, Slow Food and the University of Gastronomic Sciences are working together to relaunch the project. This will involve encouraging the Slow Food network to nominate a greater number of products, and making them the foundation for an education and research program at the university.

Meeting food communities and producers in order to understand the techniques and dynamics behind food production is already part of the curriculum at this unique university, which sends students on a large number of study trips during their course of study. From February, however, the Ark of Taste will become an integral part of this program. The Italian and international students will be recruited to use their eyes, ears, nose and mouth while on vacation or during study trips to track down new products and nominate them for inclusion in the Ark. The products found by the students, like all those nominated from around the world by food communities and others, will represent a fundamental source of information for research that will be carried out by the university. This important task will not be entrusted solely to the university’s students, and indeed the ultimate aim of this relaunch is to motivate our network’s members, convivia and experts as well as the chefs, producers and activists who are part of the movement. 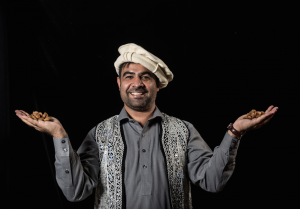 A new, simplified form, available on the Slow Food Foundation for Biodiversity site, will facilitate nominations, making the process smoother and faster. Once the form has been completed, the name of the product, the country of origin and the nominating person will be visible online. The assessment process will remain unchanged: Before boarding the Ark, new products must be scrutinized by the relevant national commission, or, when there is no national commission, by experts from Slow Food’s International Commission. Currently there are over 300 products from Latin America and 250 from Africa on board the Ark of Taste, while Europe already has over a thousand. Out of all the products, 300 belong to indigenous communities from around the world.

We are hoping for a thousand new nominations between now and Terra Madre Salone del Gusto 2016, which will be held in September in Turin. The theme of the event this year will be “Loving the Earth.” What better way to love the planet on which we live than by protecting and promoting the biodiversity of its foods?

Through the ever-increasing nominations, the Ark will become more than just a catalog. It will be an archive in constant movement, acquiring information without end. As well as having the crucial role of preserving the memory of food biodiversity, the Ark is also a tool that can motivate someone to protect a food of their childhood. Seeing such a food recognized by the global community, along with their surrounding environment and the people around them, can be a powerful inspiration.