Archive » Milk: A By-Product of S…

On June 19, at the Slow Food Theater, we discussed an extreme example of today’s production mentality. In Amiens (France), there is a genuine manure factory, a cattle farm with more than 1000 head, which, apart from producing milk, has become the epitome of senseless production schemes. It is an agri-food model without a future, which has generated a wave of organized protests around the country. Civil society – including the Slow Food network in France – has taken a stance, aligning itself with the Confédération Paysanne to put a stop to this phenomenon.

The title is provocative, of course, but the reality of the Amiens factory farm with 1000 cows is not so very different. The business model of this project, launched nine months ago in northern France, is based on two closely correlated processes: milk production and the collection of methane gas from cow manure. 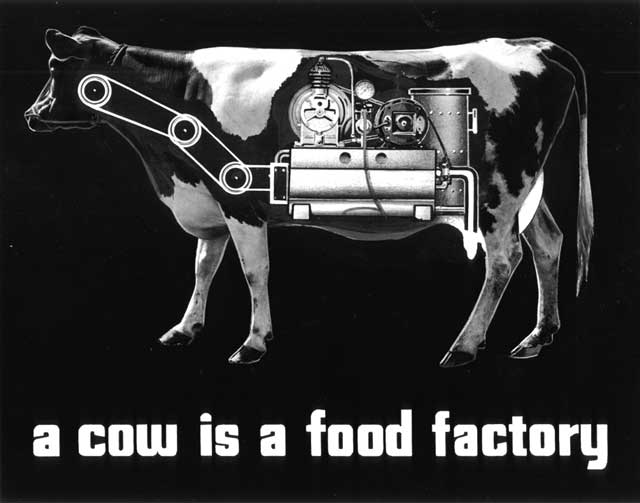 The highly competitive price of the milk produced (270€ per ton, compared with 350€ for a traditional dairy farm) is explained by subsidies and the income gained from methane gas production. Methane is subsidized by the government, both for the investment to build the plant (as much as 30%) and during production, by purchasing the energy produced at twice the market rate. As if this were not enough, the purchase and the price are guaranteed for the next 15 years.

An excellent financial structure, to which one should add the direct support of the CAP (Common Agricultural Policy) for the 3,000 hectares onto which the residue of the manure will be spread after methanization (around 350€ per hectare for the region in question). To balance such a large investment (the methane-producing capacity would be equal to 30% of French production), only a large herd of dairy cows would suffice. The termination of milk quotas, this past April 1, came just in the nick of time.

According to Xavier Beulin, President of Fnsea, the largest agricultural union, the plant is “an example of a closed-cycle economy”. A grain and corn supply chain to feed the cattle, which, in addition to providing milk and meat, also produces manure that is turned into energy. The residue of this process is used to fertilize the fields of wheat and corn and the cycle is complete.

A simplistic and reassuring message, but if we look a little closer, we can discern other aspects of a somewhat different nature. At that price, the factory farm’s milk will undercut –unfairly, because of the subsidies it receives – the price of milk produced in traditional dairies. In addition, it will reduce rather than create jobs in the sector, as the farm will require only 18 employees, compared with traditional dairy farms, where there are an average of two workers for every 50 animals.

Along with the farmers, traditional knowledge and know-how will also disappear. Workers in factory farms often have little to do but carry out repetitive tasks with no added value. The also earn minimum wage and there are cases of workers being mistreated. People and animals become numbers in an equation designed to satisfy market demands while making a profit. 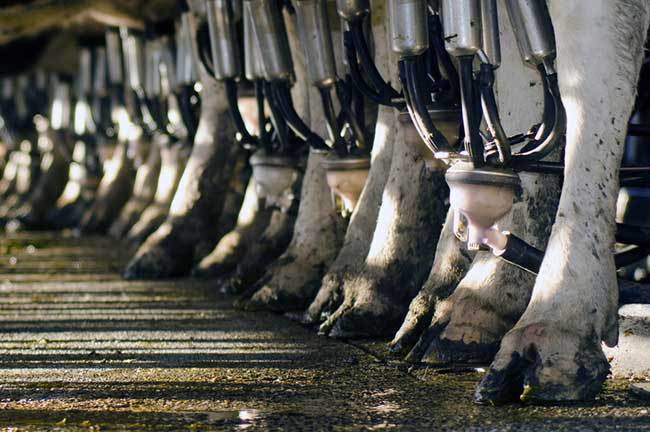 And what about animal welfare? A thousand cows distributed over a surface area of 8,500 square meters, corridors and space for machinery: their living space ends up a very tight fit. Given the number of head, it is ludicrous to imagine that these animals will ever see grass in a pasture during their milk-producing lives. This fate makes it indispensable to administer preventive antibiotic treatments as well.

From an environmental standpoint, it would be nice to know about the origin of the oleaginous protein products and the corn that together make up the animal feed. In all likelihood they come from the other side of the world and are cultivated on deforested land with GMO seeds. Or they might come from within France, in the form of residue from the biomass fuel industry, which takes up land that could be dedicated to raising food crops for people and whose energy efficiency is dubious.

All this for milk that isn’t even of high quality. Not an irrelevant point, if one is speaking of food. But this is glossed over. After all, it is unlikely that the products of this factory farm will be included in campaigns promoting the gastronomic excellence of French food abroad.

There are other projects similar to the one in Amiens on the launching pad in France. The Confédération Paysanne, a farmers’ union that is part of the international movement Via Campesina, central to the mobilization against factory farms, has drawn up a map. There are about thirty of these establishments, seemingly of Orwellian inspiration: a hog farm in Vandea with 900 sows, which produce 23,000 piglets a year, a mixed farm with 2,200 animals in Touraine, for which 250,000 egg-laying hens will be needed.

These projects are part of a concept of industrialized agriculture spawned by the green revolution. The cost of food produced in this way is kept artificially low because the environmental and social costs are externalized and charged to society at large. The subsidies could instead be destined to farmers who render services that protect the environment, to everyone’s benefit (such as environmental protection, biodiversity, soil fertility and water quality) as proposed by Slow Food.

Supporters justify industrial agriculture in the name of competing on the large-scale market. In fact, as of today, if we could manage to significantly reduce waste, eat less animal protein in the richest countries, use arable land above all for cultivating food for human consumption and enact policies that effectively redistribute the available resources, we could feed the planet’s 7 billion inhabitants.

A view of agriculture according to which “a man with two acres of land, three goats and two sheep is not a farmer” – as Xavier Beulin is fond of repeating– does not bode well as a basis for designing the agriculture of the future. What we support is agriculture based on farmers, with roots in the land they cultivate and respect for the bounty of the earth, the communities it feeds and the water they need, not just because food tastes better that way, but because of its deeper meaning and value. Agriculture is a litmus test of how we live on this planet, which we do not own, but are only renting. If we continue to follow a course of unlimited and rapacious exploitation, without proper maintenance, the landlord might just throw us out.

Yesterday, in Amiens, farmers gathered to demonstrate their opposition to the factory farm.

by Pascale Brevet and Eugenio Mailler