Archive » Migrants Film Festival: A Window on the World 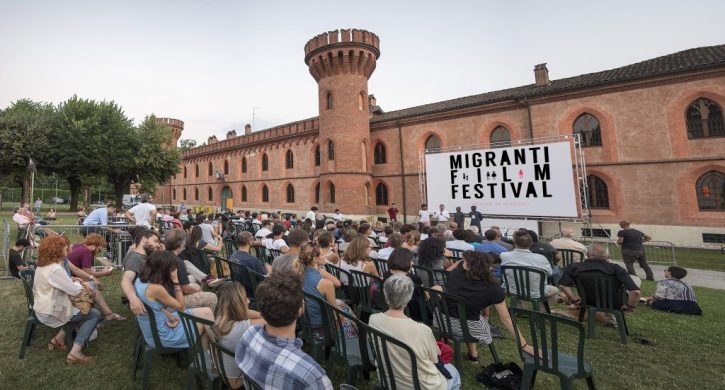 What does it mean to reconcile cinema, food, and migration? The Migranti Film Festival, which took place from June 1 to 4, 2018, provided an answer. The four-day event included many meetings, culinary events, and film screenings.

For the second consecutive year, the University of Gastronomic Sciences in Pollenzo confirmed its dedication to spreading the stories of migrant communities in Italy and abroad, in an important collaboration with Slow Food, the City of Bra, and the ASBARL association, and as part of MIBACT’s MigrArti project.

“We must grasp the complexity of the moment,” declared Carlo Petrini at the meeting dedicated to peace policies, together with Flavio Lotti, Roberto Burdese, and Carlo Freccero. Never before has it been so necessary to develop a widespread awareness of the phenomenon of migration and to reflect on the conditions, fate, and extreme vulnerability of thousands of people arriving in Europe. This is what the Migranti Film Festival has tried to do, providing physical and intellectual spaces for sharing, in which cinema and cooking are the main vehicles for reflection and mutual understanding.

Many institutions and members or civil society are working on various initiatives to promote the integration of migrants, and there is one place, the importance of which everyone agrees on: the kitchen. In the opening conference, Cristina Franchini (UNHCR) stated that, “working within the domain of food can be a positive factor in building resilience among refugees and asylum seekers,” as well as in the process of rewriting a collective and multi-ethnic narrative. The stories and kitchens of more than ten migrant communities were the real protagonists of the Migranti Film Festival, and were shared through traditional products and dishes, debates, photography, and projections.

Light and hilarious comedies alternated with poignant moments of reflection, such as the breaking of the Ramadan fast and the exchange of bread. A real window on the world, the event was a place to overcome prejudices and experience food as a relationship with new people and places. The message that the Migranti Film Festival intends to convey is simple but important: There is still space to build multi-ethnic societies based on solidarity and interaction between peoples, where different ways of thinking, acting, and cooking meet and influence each other.