Archive » Michael Pollan On the Topics of Biodiversity, Monoculture and Human Health 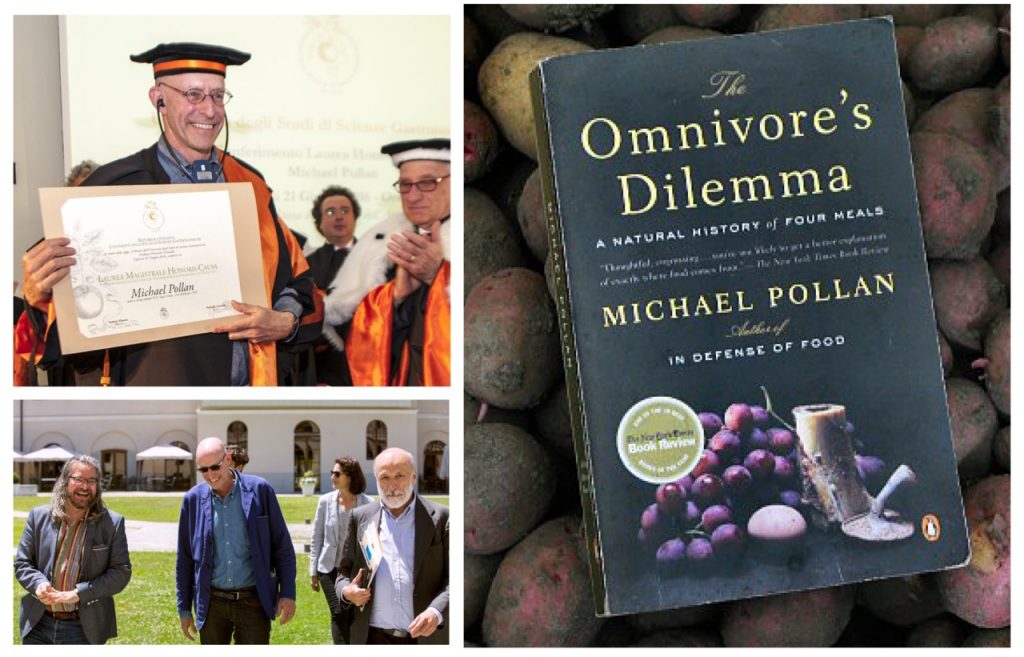 Who would have thought that a successful professor, journalist and major food-influencer didn’t actually set out in life to be those things? According to Michael Pollan, he didn’t plan to write about food and agriculture. Instead, his path in life has been a winding one, full of unplanned interconnections. His interest began in the garden, with his hands in the dirt, dealing with the dilemmas that came from trying to grow his own food. From this, a passion was born.

Michael has a knack for being able to establish interconnections within the food world, relating these often complex stories in such valuable, relevant ways that the world has taken notice. During a recent discussion at the University of Gastronomic Sciences in Pollenzo, Italy he described a couple of his experiences of drawing interconnections in the food industry, describing deep, interwoven links between biodiversity and personal health, but also negative examples such as neurotoxic pesticides and their connection to aesthetically pleasing, fast food french fries.

In his talk, Pollan gave credit to Slow Food for maintaining the pleasurable aspects of food cultures while still accomplishing good in the world. In an era where humans spend more time doing secondary eating—a behavior defined as eating or drinking while doing something else—than primary eating, maintaining the integrity of the sensorial aspects of eating is becoming increasingly rare. This all brings us further and further away from knowing our food.

We spent some time with Pollan, talking about the role of biodiversity and its increasing importance to human life, the pitfalls and interconnectedness of monoculture crops with the rest of the food system, his recommendations on current farm policy, and how consumer concerns are changing industrial foods. It has all been compiled into these videos, in order that you may hear the answers from Pollan himself. We invite you to watch and enjoy.

Finally, if you will be joining us for the Terra Madre Salone del Gusto event in Turin this September, please take some time to enjoy the biodiversity stand, completely dedicated to the subject of biodiversity versus monoculture. In his article “A World of Corn”, Pollan said about monoculture: “if you are what you eat, what you are is corn”. We will help you untangle the mystery of industrial food and its use of corn, where all this corn is and how it finds its way into your diet.