At a Stooges concert in 1970 in Cincinnati, OH, punk rocker Iggy Pop stood atop the shoulders of fans, was handed a jar of peanut butter and rubbed it on his bare chest and flicked gobs of it into the audience.

This scene was captured on film and has, as a result, become an iconic expression of revolutionary rock and roll history. It is captured in Jim Jarmusch’s 2016 documentary, Gimme Danger.

Today, I would be hard-pressed to be so reckless with peanut, sesame, sunflower, or any of the nut and seed butters. They store well and provide earthy flavor, fat and protein to many Meatless Monday meals. Aside from the Netherlands (whose history of colonialism brought these groundnuts or goobers, as they are often called, brought them home), they are not part of the indigenous European cuisine. Even in America, where a peanut butter and jelly sandwich is what most families think of when they consider the ingredient, it is not widely used in cooking. Of course, visit West Africa or the Caribbean, and enjoy peanut and pumpkin stews. In Indonesia, gado gado would not be worth consuming, were it not for the peanuts. The same is true of peanuts in Chinese and Japanese noodle dishes. Eat them boiled, fried, or roasted, nuts and seeds provide protein, texture and earth flavor.

This is the second in a three-part series to identify and prioritize key ingredients to make your Meatless Monday meals memorable during the hibernation. They help transform mundane ingredients into delectable dinners.

In the first piece, we explored the top five spice blends. If you already have peanut, sunflower, sesame (tahini) or almond butter on hand, you are lucky. You may not be using them to their fullest extent. If you live in a place that does not treasure nut butters, you may still find them on the shelves.

Nut and Seed butters: Allergies aside, these products are easy to slip into a cabbage stew, noodle dish, and smashed root vegetables (together with apple cider vinegar, salt and pepper). And if available ingredients are bare, I have made a peanut or sunflower soup with a giant spoon of the nut or seed butter, a roux made of pan-fried onions and cornmeal, and any sort of winter squash or pumpkin. Blend it or serve it spicy with chunks.

Peanut Butter: High in healthy fats and vitamin B6, its flavor elegantly manages sweet accompaniment, as it does savory. Extraordinarily adaptable, early 20th Century African American scientist George Washington Carver deserves much of the credit to popularize its use in North America. From most accounts, peanuts originate in South America; however, one popular Ark of Taste variety is the Koleshino peanut from Macedonia’s Strumica region, where it is enjoyed raw and roasted with salt.

Sesame Butter / Tahini: From North Africa to the Middle East and Caucasus, it is difficult to imagine culinary life without tahini. A key ingredient in hummus, baba ganuj (eggplant spread), and halva, these roasted and hulled sesame seeds provide rich oil and moisture to these and other important dishes.

Sunflower Butter: Similarly endowed with Magnesium, fat and B6 to peanut butter, sunflower butter often serves as a substitute for those with peanut allergies. Perhaps less creamy, it has a fattier mouth feel than peanut butter. While it often works its way into smoothies and baked goods, you can cook with it, much as you would peanut butter (in stews, soups, and to coat roasted vegetables.

–> This recipe is part of the Meat the Change campaign, carried out to raise awareness among producers and consumers about the environmental impact of meat consumption and production. Find out more here

–> To learn more about Meatless Monday: Watch the videos about how it is going global; and the tour of Terra Madre. To join us, submit a recipe of your own via email ([email protected]). If you prepare this week’s recipe, post images online using the hashtags #MeattheChange and #MeatlessMonday. Search the Meatless Monday recipe database. 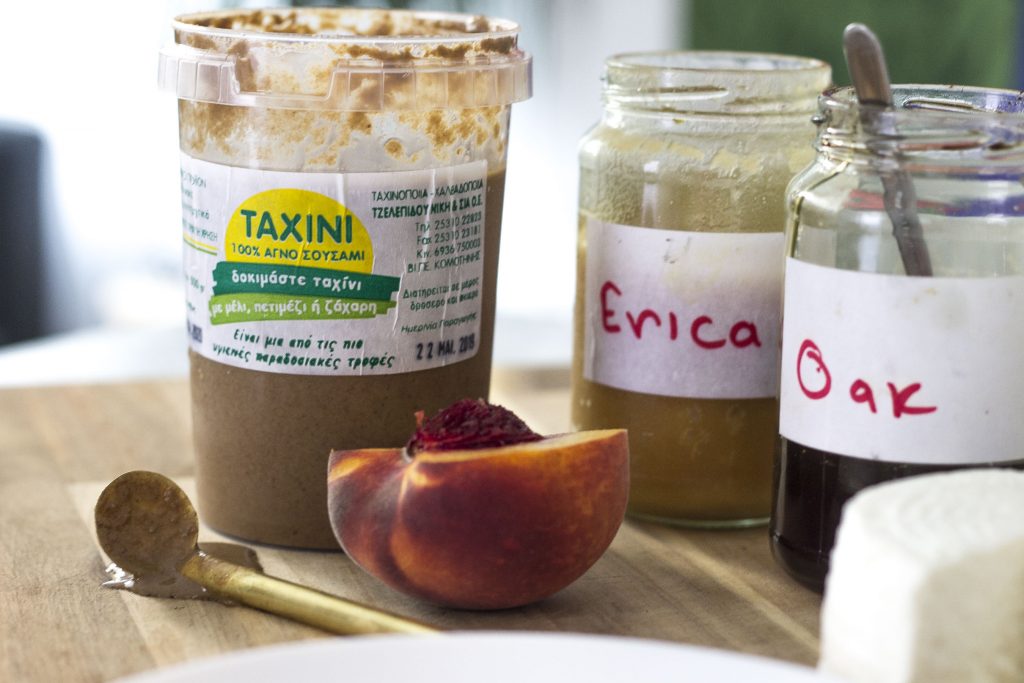