Archive » Meat the Change: the centuries-old tradition of breeding the Euskal pig txerria of Pello Urdapilleta

Small-scale producers who produce with respect for the environment and animal welfare are not hard to find. There are many examples in Italy and around the world, and many of these – over 13,0000 – are part of the Presidia network, Slow Food’s projects that support small-scale traditional production that is in danger of disappearing, enhancing territories, recovering ancient crafts and processing techniques, saving native breeds and varieties of vegetables and fruit from extinction.

As part of the Meat the Change campaign, carried out thanks to the contribution of the Italian Ministry for the Protection of Land and Sea, we are taking you to the Spanish Basque Country to meet Pello Urdapilleta, producer of the Euskal txerria Pork Presidium.

When did your company start and how many of you work there?

We have been breeding from generation to generation since 1500, handing down not only the old Elola Azpikoa farmhouse, on the border between the towns of Bidania and Beizama, but also knowledge, respect for the environment, culture and values. I took the reins of the company http://www.urdapilleta.eu/ in 1997 and currently work with my wife and three children. The wisdom, work and love for this land, passed down from generation to generation from parents to children, fills us with pride and, at the same time, a great sense of responsibility for what we have received. The family and company name, Urdapilleta, encapsulates all our work because urde – pilla means herd of pigs and is native to the municipalities of Bidania and Beizama, located in a mountainous area where in ancient times the farmers of the Urola valley used to gather their pigs in transhumance in the autumn to take advantage of the abundant chestnut, beech and local oak groves. 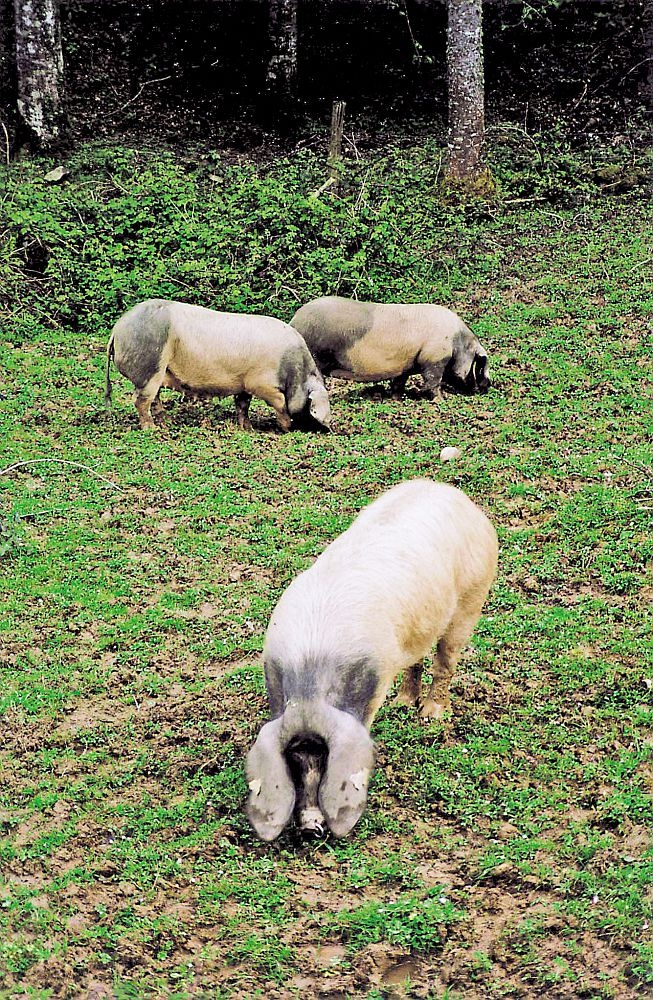 What breeds do you raise?

We mainly breed the indigenous Euskal txerria breed, a name that simply means Basque pig. Euskal txerria pigs are short legs, with a funny profile, hanging mumps and black spots on the head and hindquarters. It was an endangered breed and we decided to start its recovery. When I started working on the farm, no breed leader was bred on Basque soil. We embarked on the adventure of breeding the breed in the wild, also accompanied by Mariano Gómez, a veterinarian who deals with local breeds, and later also dedicated ourselves to the preparation of traditional local sausages.

What products do you process?

We transform the savory meats into various cured meats: chorizo (7 months of aging, 70% lean and 30% fat, sweet paprika, salt, garlic and nothing else), lomo (5 months), salchichón to be eaten fresh (made with the Rimbàs Pepper Presidium) and various hams, gradually experimenting with the aging time and technique best suited to the area’s climate. The Presidium was created to promote traditional cured meats made from Euskal Txerria meat. In 2005 our efforts were rewarded with an international award: the Culatello d’Oro prize, awarded by the Culatello di Zibello Consortium. I am very satisfied with our work and I am happy that some young farmers in the area have recently embarked on this adventure. In addition, the menus of local restaurants and some renowned Basque restaurants are starting to offer dishes based on Euskal txerria.

How important is animal welfare to you?

Animal welfare is everything to us. Animals are almost part of the family. Our ancestors taught us to respect them as living beings, just like us. Animals stay outdoors all year round: there are no more than 14 animals per hectare. They are at home in our meadows and woods with a perimeter fence of 54 hectares, they have sheds where they can take refuge and a 1600 farm to give birth to their piglets. We do not use antibiotics or hormones of any kind. They eat grass, acorns, chestnuts and hazelnuts. Only in the last two months are they fattened, feeding maize, broad beans and bran until the animal reaches 120 kilos. 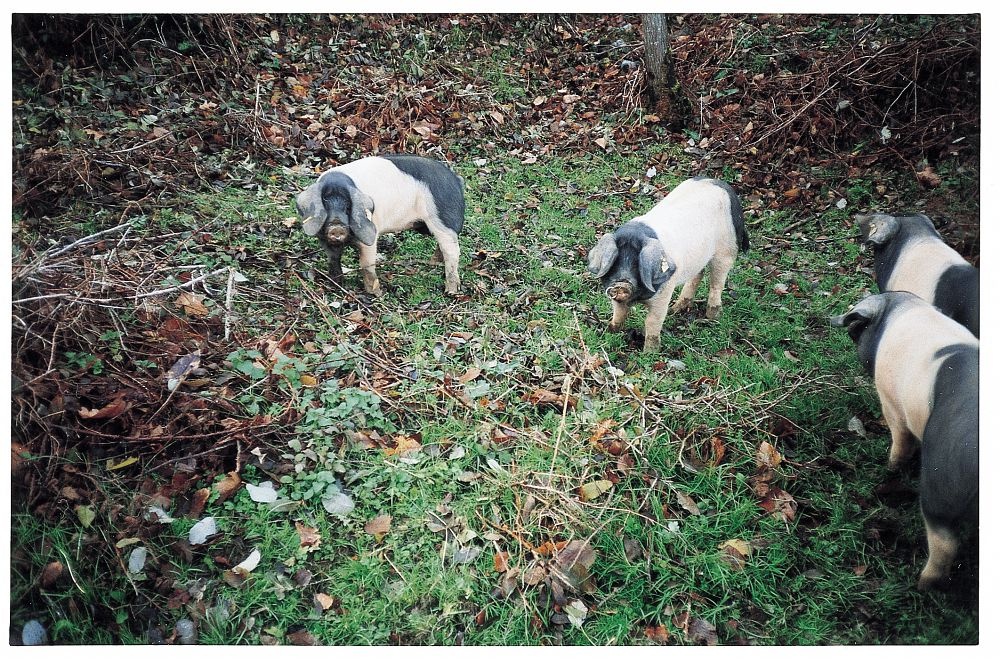 What does it mean to breed according to the Slow Food philosophy?

Raising animals in harmony and balance with the countryside and forests in which they live, giving priority to traditional products that promote health by taking the ancient recipes of our ancestors as a reference.

How important is the synergy between agriculture and livestock farming?

It is total: one cannot exist without the other.

What do consumers think of your production methods?

Consumers are completely disoriented by the avalanche of information against animal meat production because of the damage it causes to health and the environment. We are the ones who pollute the most and, as meat producers, according to the general communication, we are one of the causes of cancer. Who is worse than us? In fact, many people do not know the difference between intensive and sustainable farming and perhaps if they understood it they would change their mind. We should fill the network with positive and explanatory messages about the importance of our work for environmental balance. All today’s media, be it Twitter, Facebook, Instagram or who knows what else, must also serve something good!

Pello Urdapilleta will be happy to host you at his company. Discover the Airbnb experience!

Have you ever thought about how Slow your meat consumption is? Find out now!