Archive » Meat the Change: the breeders of the Chaam Chicken Presidium

Good animal breeding is also essential for the protection of the planet and of our own health. For months now, as part of the Meat the Change campaign, created thanks to the contribution of the Italian Ministry for the Protection of the Territory and the Sea, we have been telling how important it is that farmers – and consumers themselves – reflect and rethink production and consumption of meat, seeking a natural relationship with the earth and with animals, to offer quality meat to be consumed in smaller quantities, but with greater pleasure and health.

Today we take you to Holland, to discover the breeders of the Chaams Chicken Presidium, Geert and Joke van der Kaa. 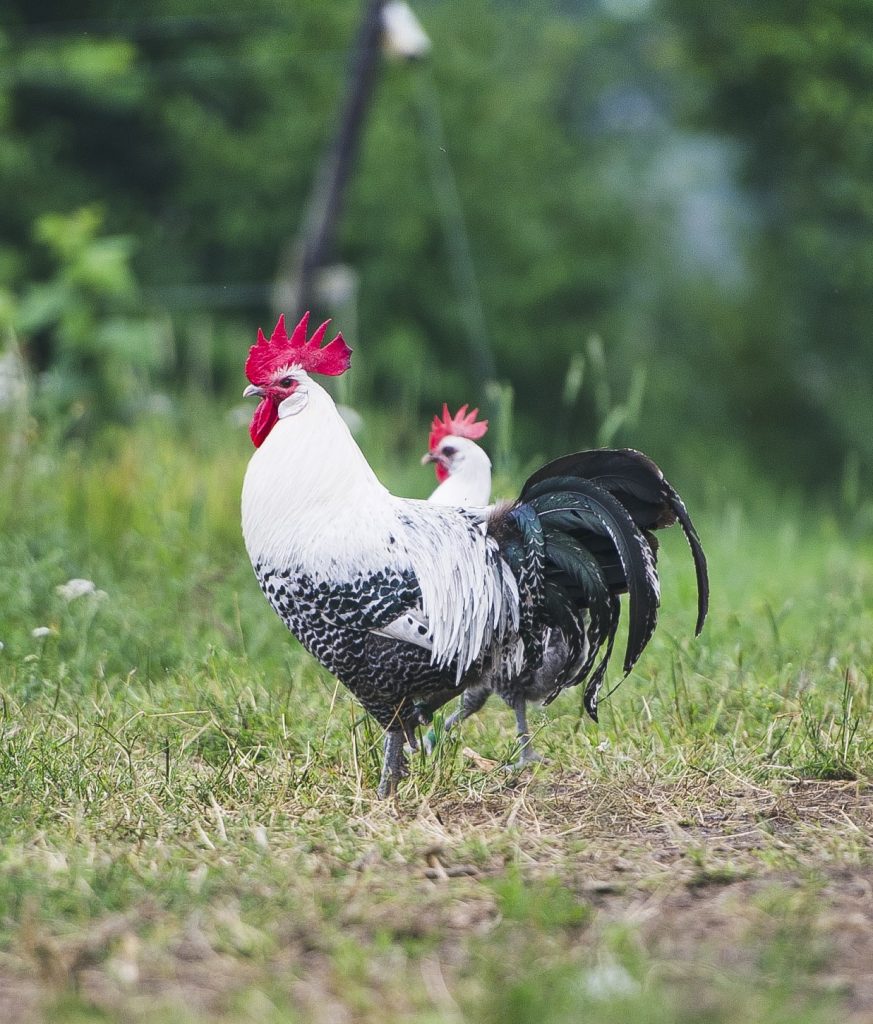 When did your company start and how many do you work for?

We started our business in 2007, after closing a greenhouse fruit growing business that was starting to outgrow our strength. Today there are two of us working in the poultry farm and it is not easy: it is increasingly difficult to stay afloat today. In our country, moreover, the legislation makes it almost impossible to make ends meet with a small-scale poultry farm. We are working with several people from the Ministry of Agriculture to get some changes in the sector legislation, but for the moment we are not getting great results.

Which breeds do you raise?

We breed Flemish guinea fowl, several breeds of turkeys, including Ronquieres’ turkey, geese, and poultry, many of which are traditional Dutch, such as Noord-Hollandshoen, Kraaikop, Brabantlet and Bress. Among the most important is certainly that of the Chaam Chicken Presidium. Belonging to the species of peeled (maculate) hens, the European autochthonous breed of chicken Chaams is native to northern France and northern Germany and is characterized by black specks (peels) on white-silver plumage, except neck and head, gray-legged blue and white ear area. We focused in particular on this breed as a small number remained throughout the country and threatened to die out: the decline began from 1920-1930, when it was supplanted by North Hollands Blau and other more productive breeds. We are members of the Chaam Chicken Friends Foundation (which includes 14 members including breeders, restaurateurs, Slow Food members) and since 2008 there are more than 1000 heads among all breeders. 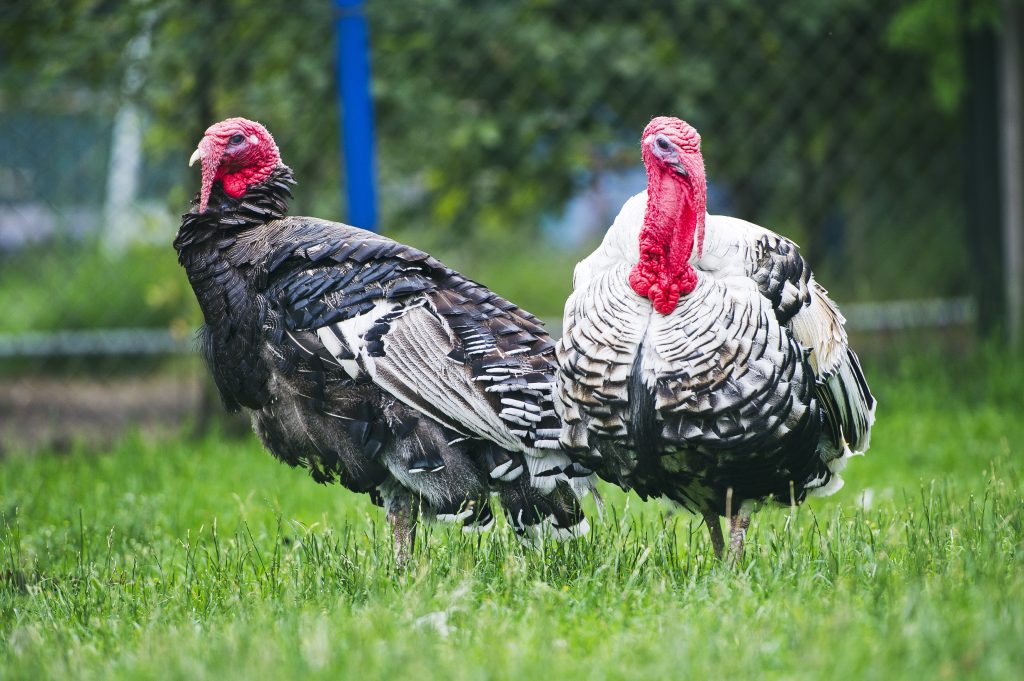 Which products do you work?

In fact, we transform everything we breed and cultivate. We have our own EEC certified slaughterhouse where we slaughter and transform all our animals. All products are sold in our shop or in some local restaurants, where some chefs who are part of the Slow Food network offer traditional recipes. These include Joris Bijdendijk from the Rijks restaurant in Amsterdam. As for the orchard that we still manage, we let people come to collect the fruit directly, in the company of chickens that quietly scratch around. What remains is transformed into jams and fruit juices. From next year we would also like to start making walnut liqueur and processing eggs.

How important is animal welfare to you?

Animal welfare and the protection of ancient native breeds are the basis of our company: we created our company precisely because we did not agree with industrial farms. We started breeding animals according to the Slow Food Presidium guidelines and we really like this. Unfortunately, however, our ideas are not shared by everyone, especially by some ministerial leaders who ask us, for example, to close part of the plots on which poultry today scratches freely. To date, the breeding of our animals takes up to about 12 weeks indoors, after which they live outdoors up to about 26-30 weeks, after which they are slaughtered. The meadows on which they scratch are about 5000m2 and there are a maximum of 500 animals. The animals are fed with local grass and cereals. This process takes place all year round. The fact of being a Presidium is absolutely not a problem. The problems come from the Dutch laws and regulations that do not agree with our idea of ​​well-being. The resulting problems are ten times more frustrating than the complexity of following the Presidium guidelines, which are actually correct.

How important is the synergy between agriculture and livestock?

It’s very important, but I also think this is perhaps the biggest dilemma facing Slow Food. Man has always raised animals and cultivated the land according to his needs. Animals and plants were and still are, in my opinion, fundamental for humanity. But today more than ever, this activity must be carried out with respect for the planet and the animals themselves, otherwise it completely loses its meaning. 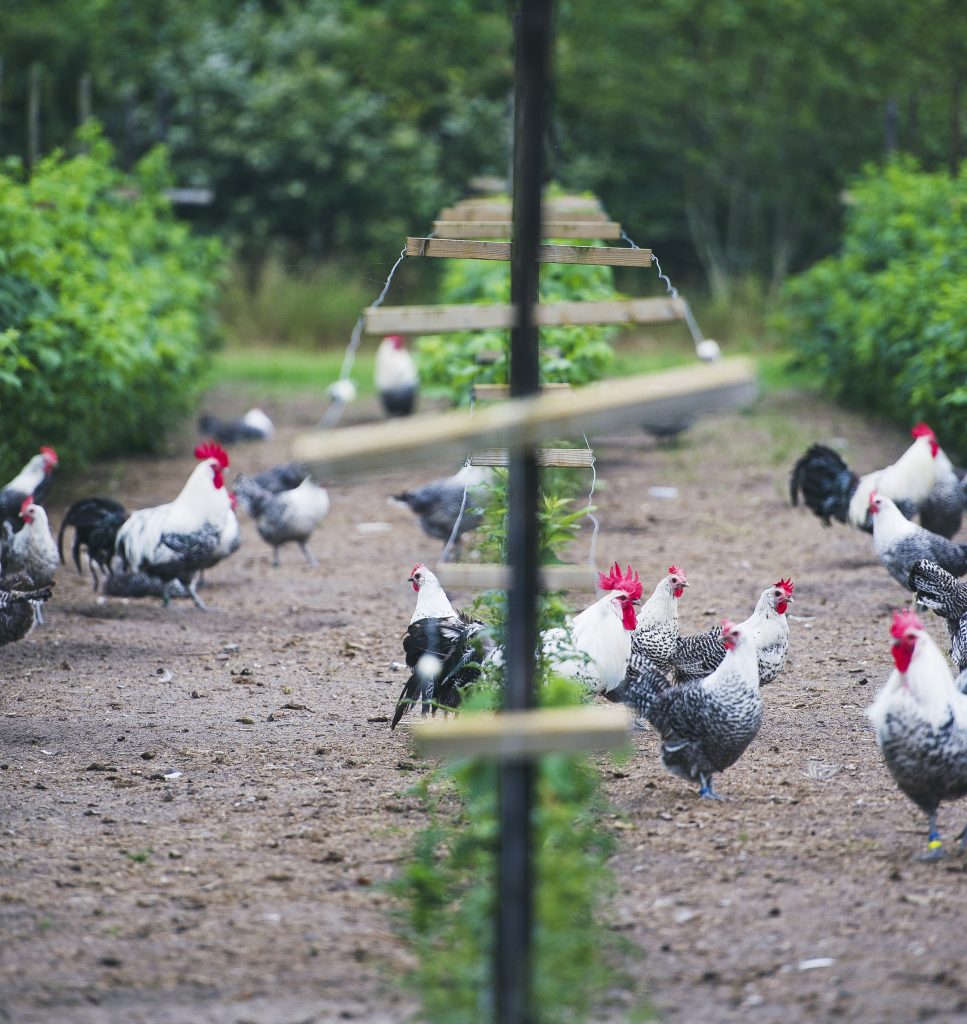 What do consumers think of your production methods?

We should rather ask Who is the consumer? The people we see here in the shop are mainly interested in the quality and welfare of animals. For many people, however, the price is a big obstacle: slowly but surely we see our customers growing but also changing. In the beginning it was mainly the older people who sought the flavors of the past. The purchase was linked to the nostalgia for traditions. Now we see more and more middle-aged and younger people looking to buy quality. These consumers sometimes go even to ask questions and it is nice to be able to tell our work to those who try to understand it.

As members of the Foundation, we use an identification system to distinguish the Chaam breed at the time of purchase and provide the consumer with information such as the name of the breeder and the farm, the date of birth and slaughter; a ring with a unique serial number and the wording “Chaamse Pel” is applied to each item, used exclusively by Chaam breeders and registered with the Foundation. The availability on the Chaam meat market is linked to the seasons: it is found only from August to December at the county butchers’ shops or in local restaurants. It is very important to enhance our work, in all possible ways, even if it is still difficult for many people to understand that our products are much more expensive than the standard ones of supermarkets precisely because they offer quality.

Have you ever thought how slow your meat consumption is? Find out now!