On Eric Sanceau’s farm in the Île-de-France, the animals listen to classical music and graze freely for much of the day.

The first thing you see when you arrive at the Petite Hogue farm are the horses: beautiful creatures, with shining coats and an extraordinary vivacity, running between their stalls and their paddocks.

Though the farm is run by a former professional rider, Eric Sanceau, it is home to many other animals apart from horses. Located close to the small town of Rambouillet, southwest of Paris in the Yvelines department of the Île-de-France, the farm pays great attention to sustainability, reflected in respect for both the animals and the surrounding environment. 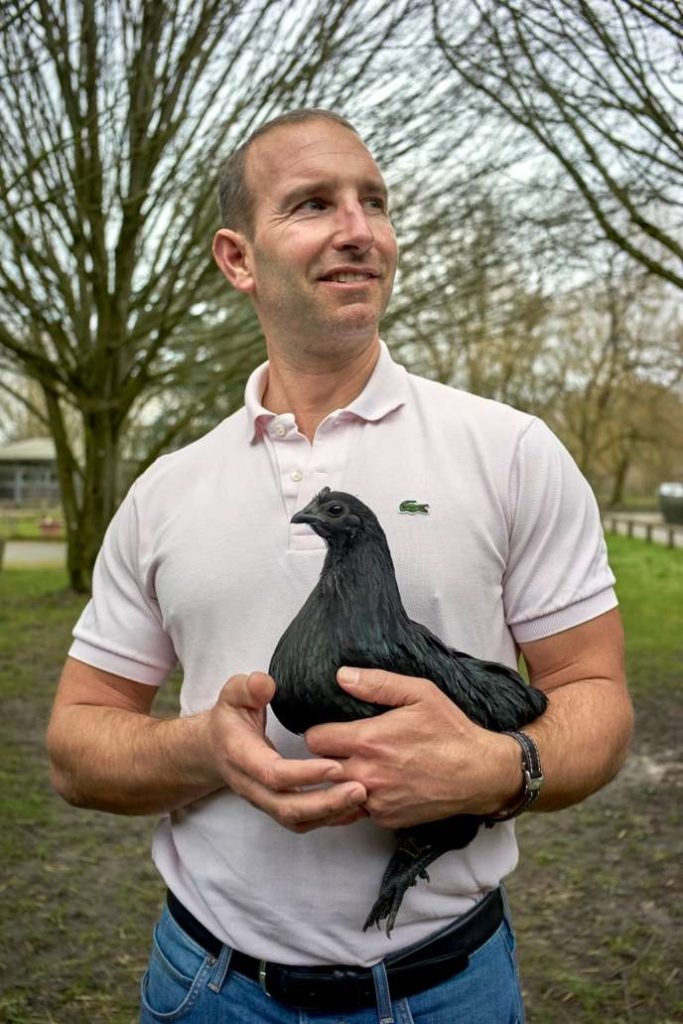 As part of the Meat the Change campaign, realized with the financial support of the Italian Ministry for the Environment and Land and Sea Protection, Eric told us more about his story and what being Slow means to him.

When did you start your farm? How many of you work there?

We started in 1989 and currently there are three of us working here. I used to be a professional horse rider, but after some accidents and various knee operations, I decided to leave the sporting world to dedicate myself to livestock farming, initially horses then gradually other animals too. When we arrived in this area the soil was mostly barren due to intensive cereal cultivation. Over time we planted 130,000 trees and 15 kilometers of hedges and we brought the soil and the fields back to life. Because there was lots of space, we added a few beehives, then brought in sheep and chickens, then cows from nearby farmers who didn’t have much room for grazing, until we started to have our own. We understood almost immediately that if we wanted quality, we would have to produce it directly on the farm. When it comes to animal farming, like everything, either you do it well… or you don’t do it! 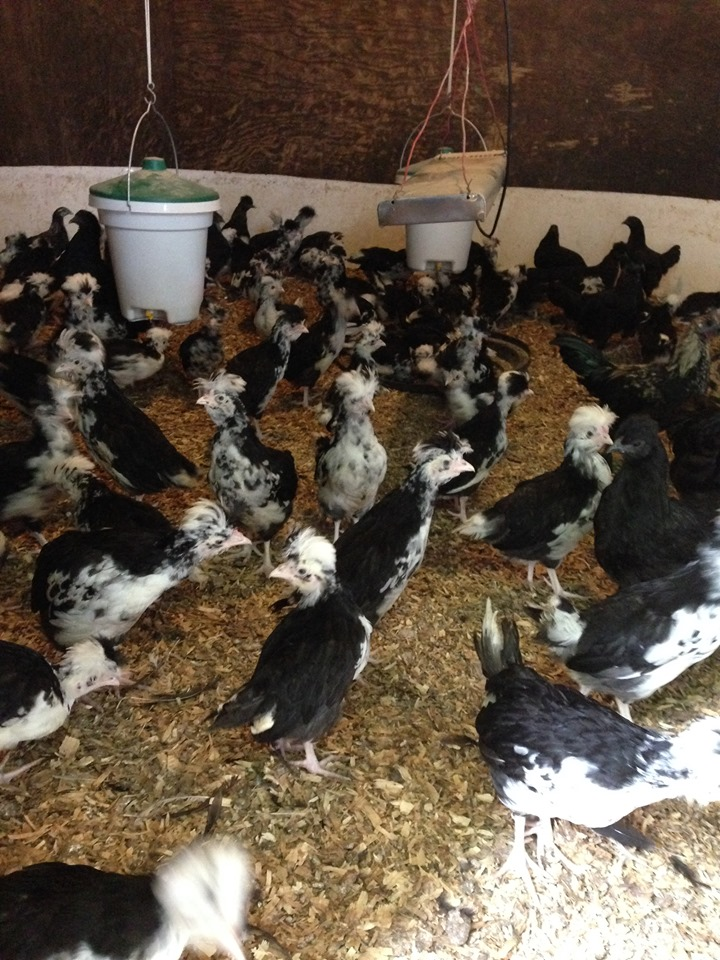 What breeds do you raise and why?

I hate standardization, and most importantly, when one talks about quality I can’t help thinking about the historic, native breeds, not just because they are better adapted to the local area where they live, but also because they are much more appreciated by chefs for the quality of their products including, of course, their meat. We raise many heritage breeds. The most numerous are the cattle: I started with 14 different breeds, but now I only have eight or nine, because I chose those best suited to the local area. They include the Saosnoise, a hardy type from the Sarthe which grows very slowly but can reach up to a ton in weight, as well as Simmental de Baviere, Parthenais, Aubrac, Limousin, Charolais, Angus, Highland and Auroch cows. We have Mangalica pigs as well as the Porc Noir Gascon and the Porc de Bayeux. Then for chickens we have the almost extinct Houdan and the Marans, both on board the Ark of Taste, and the Ayam Cemani, a breed originally from Indonesia.

What type of farming do you practice?

I started with horses, but then I realized that the same type of farming could be used for other animals. I bought my first cows  around 10 years ago. The decision came naturally, because we have a vast area ideal for cattle, with moist, rich soil, particularly given all the trees and hedges that I replanted. I want to guarantee the best possible life to my 150 animals. They spend much of the day outdoors and inside the very spacious shed they listen to classical music and have unlimited access to hay and grass grown on the farm on natural fields carefully cultivated in rotation, ensuring a high quality of nutrition. We don’t use antibiotics. And this approach continues right to the end: I’m a member of AFAAD (Association en Faveur de l’Abattage des Animaux dans la Dignité), an association working to ensure farmed animals end their lives without suffering and stress. 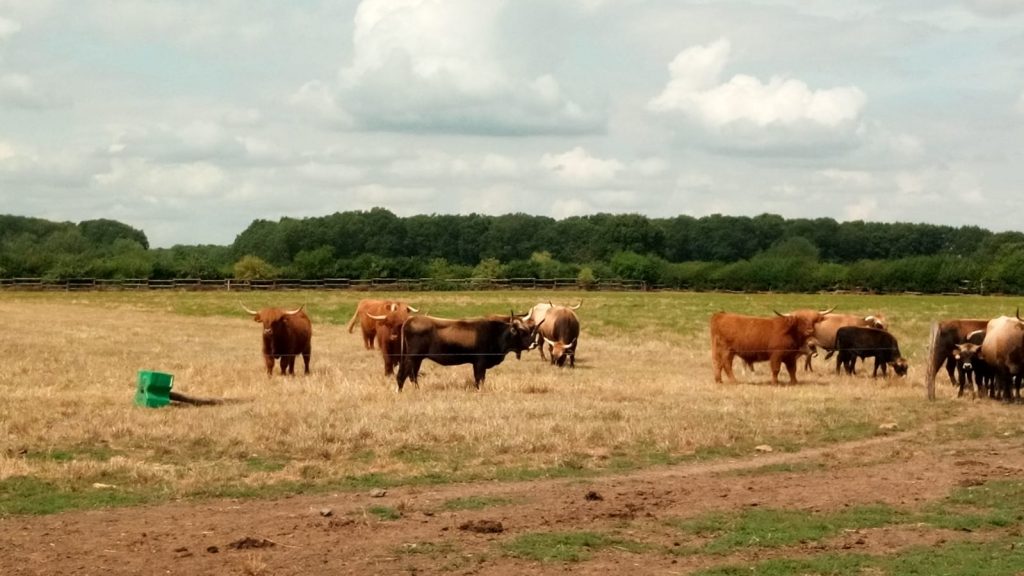 How important is the synergy between crop growing and livestock farming?

The synergy is fundamental. The 150 hectares of land that we manage wouldn’t be the same without the animals. First of all through their manure they provide everything needed to make the soil rich and fertile. We don’t use any kind of chemical fertilizer, thanks to the animals. We practice a kind of dynamic pasturing, in other words we always let the animals have access to pasture but we leave the land to rest in rotation, and with the animals’ manure and the fertile soil we also produce very high-quality hay.

Do consumers understand the added value of a farm like yours? Do they ask you questions? If so, which ones?

Yes, consumers like us very much. To sell the meat we work with many Michelin-starred chefs, but also some local retailers. One of my collaborators is Laurent Gherardi. The patron of the Leclerc in Rambouillet,  and a former chef, he acts as an intermediary between the great chefs and supports 140 local producers, offering their products. The farm is also always open to the public, so people can come when they want to ask us questions and buy fresh meat. It’s very important to us that consumers feel at ease and want to come back. A quality product doesn’t necessarily need to have an inaccessible price and this is important to encourage consumers to make conscious choices. In addition we sometimes organize small events; one of the most recent was dedicated to raising awareness about how to use all the parts of the animal.

How Slow are you when it comes to meat? Find out now! 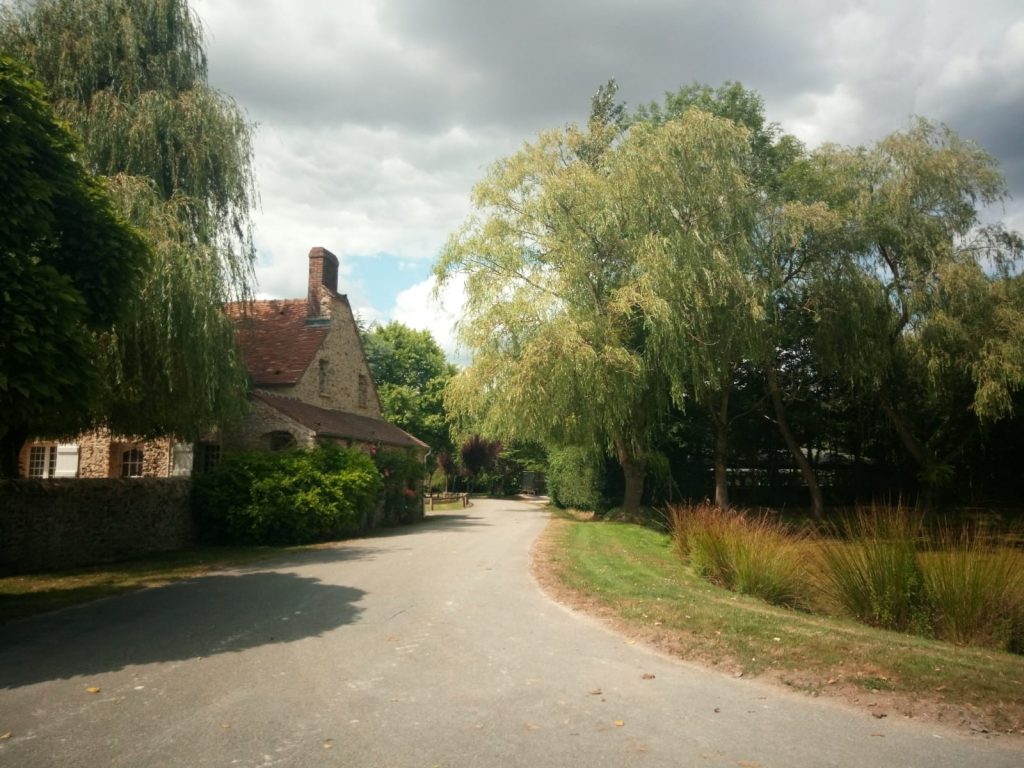 This article is part of the Meat the Change campaign, carried out to raise awareness among producers and consumers about the environmental impact of meat consumption and production. Find out more here