A system healthy from an environmental point of view cannot disregard livestock. The point is that livestock farming should be practiced in such a way as to respect and restore ecological balance. Partly through our food choices, let’s learn to favor a climate-friendly system and recognize the climatic benefits of agro-ecological as opposed to factory farming. 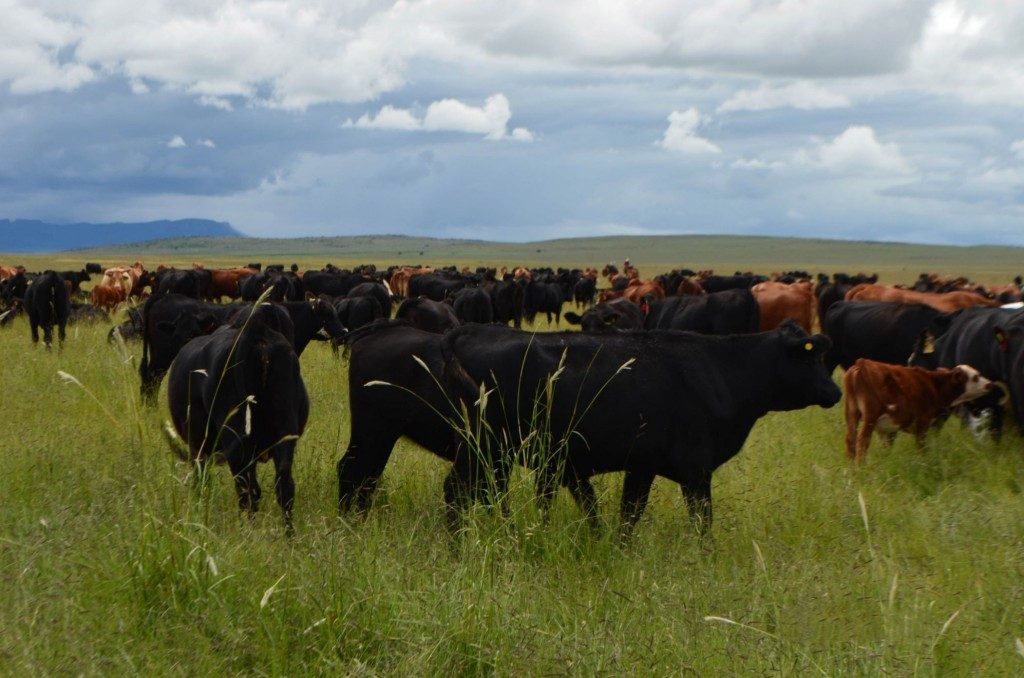 “When I came to the United States, I got a shock to find national parks desertifying as badly as anything in Africa. And there had been no livestock on this land for over 70 years. And I found that American scientists had no explanation for this except that it is arid and natural. So I then began looking at all the research plots I could over all the whole of the western United States where cattle had been removed to prove that this would stop desertification, but I found the opposite […]. Clearly we have never understood what is causing desertification, which has destroyed many civilizations and now threatens us globally. We have never understood it. […] What we had failed to understand was that the seasonal humidity environments of the world, the soil and the vegetation developed with very large numbers of grazing animals, and that these grazing animals developed with ferocious pack-hunting predators. The main defense against pack-hunting predators is to get into herds, and the larger the herd, the safer the individuals. Large herds dung and urinate all over their own food, and they have to keep moving, and it was that movement that prevented the overgrazing of plants, while the periodic trampling ensured good cover of the soil, as we see where a herd has passed. […] There is only one option, I repeat you, only one option left to climatologists and scientists, and that is to do the unthinkable, and to use livestock, bunched and moving, as a proxy for former herds and predators, and mimic nature. There is no other alternative left to mankind.” So spoke the ecologist Allan Savory in a 2013 TED talk that has since been viewed millions of times. Though his idea of holistic management and planned grazing has been widely criticized, we are using his talk as our point of departure for our discussion of the connections between livestock farming and climate change. 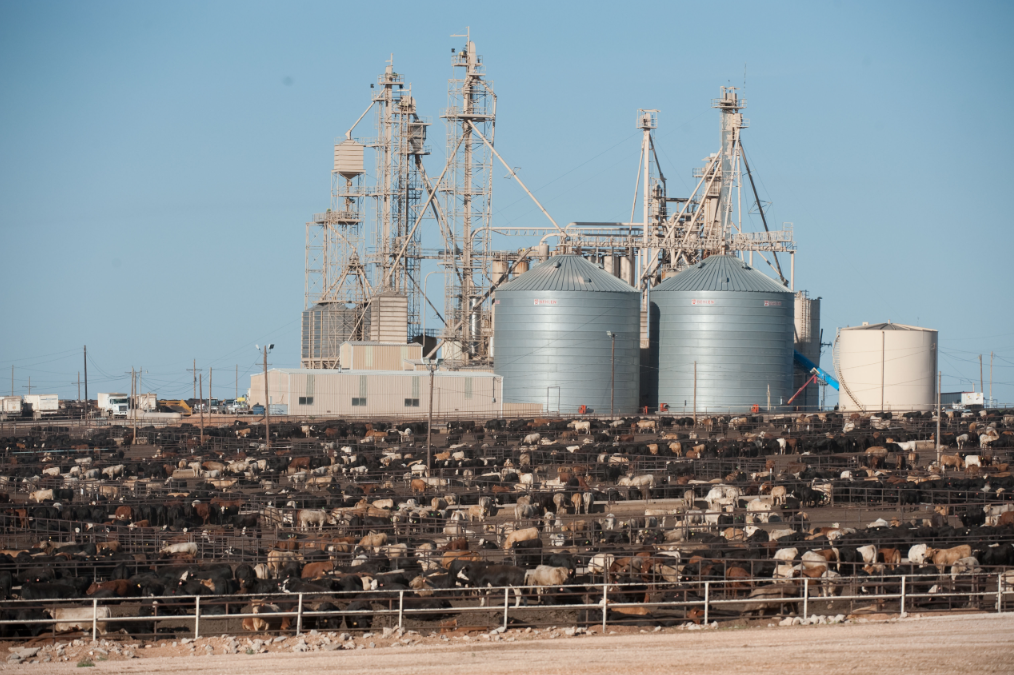 These connections have become evident, especially since 2006, the year in which FAO published its report entitled Livestock’s Long Shadow, which quoted figures that are in many respects disconcerting. According to the report, in fact, livestock farming produces 80% of the emissions of the entire farming sector and 18% of the world total (a figure subsequently reduced to 14% in the revised edition of the report in 2013): more specifically, 9% of carbon dioxide emissions (caused mainly by forests burned down to make way for grazing land), 37% of total methane emissions (methane being a greenhouse gas 23 times more potent than CO2, released in the case in point from the “exhausts” of ruminants) and, mostly due to manure, 65% of emissions of nitrogen oxide (296 times more potent than CO2). In addition, according to FAO, livestock farming is also responsible for 64% of emissions of ammonia, which contributes significantly to acid rain and the acidification of ecosystems. But the long shadow of livestock farming spreads further. It accounts, says FAO, for 8% of the world’s fresh water use and, to a large extent, its contamination. “Global figures are not available» notes the report, “but in the United States livestock are responsible for an estimated 55 percent of erosion and sediment, 37 percent of pesticide use, 50 percent of antibiotic use, and a third of the loads of nitrogen and phosphorus into freshwater resources.”

Since then it has been impossible to view livestock farming in the same manner. Which is probably a good thing. We have learned to consider its impacts on the environment, which are sizable if we consider the problems of contamination from and disposal of animal manure, emissions caused by the production of feed from intensive crop cultivation, which uses pesticides and fertilizers that are harmful for the environment, and how the quality of water, soil, air and more besides is being ruined. At the same time, however, since then it has also been hard not to acknowledge that a certain type of livestock farming, radically different from intensive factory farming, not only does not have a negative impact on the environment but may also serve to mitigate climate change.

More specifically, this important function may be performed by the very ruminants that many experts, government agencies and private companies relegate to a role as the “black sheep” of climate change, arguing the need to give priority to the intensive husbandry of monogastric animals (poultry and pigs), which would reduce carbon dioxide and methane emissions. In reality, the emissions from a certain type of extensive livestock farming, above all of pastoral systems, have proved lower than those of any intensive system. 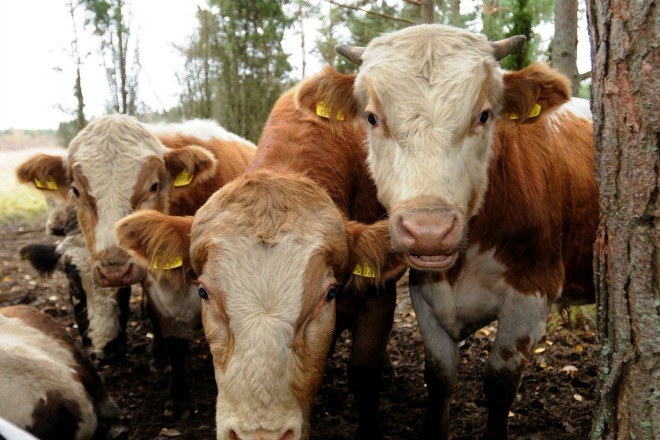 As Vétérinaires Sans Frontiéres Europa point out in their position paper Livestock and climate change), a sustainable use of natural pastures can:

A system healthy from an environmental point of view cannot disregard livestock. The point is that livestock farming should be practiced in such a way as to respect and restore ecological balance. Partly through our food choices, let’s learn to favor a climate-friendly system and recognize the climatic benefits of agro-ecological as opposed to factory farming. And let’s eat less meat and give preference to that of higher quality.

Sustainability can be measured
INDACO2, a spin-off from the University of Siena, has evaluated the environmental sustainability of the farming practices in certain Slow Food Presidia, analyzing the entire life cycle of animals and their production. Through the calculation of a number of environmental indicators (carbon footprint), it was possible to compare the impact of different types of farming on soil, water and the atmosphere. The results have shown that the emissions from Presidia farms are generally lower than those on conventional intensive and large scale farms. In particular, the impact generated by the feed and farming methods used by the farms was very low.