The Earth’s tropical and subtropical zones are home to an ecosystem that is considered to be one of the most productive on the planet: the mangroves.

According to data from the United Nations, this ecosystem occupies 0.7 of the world’s tropical forests and is one of the largest providers of biomass and, perhaps, the largest carbon sequestrator, which makes it a particularly important ecosystem for all life on Earth.

The name of its predominant vegetation, the mangrove, originates from the Caribbean culture, meaning twisted tree. Different species of mangrove, salt marsh blocks, brackish water estuaries and thousands of other species of flora and fauna make up this ecosystem, whose vegetation is resistant to salinity and low oxygen in muddy soils.  It is located at the mouths of freshwater sources and is the interface zone between land and the open sea. 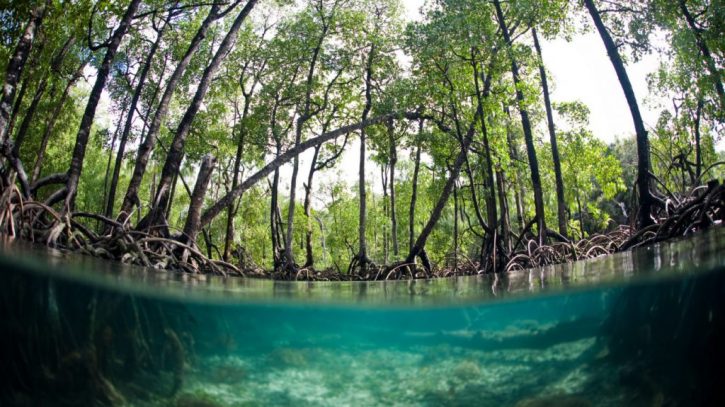 Among the environmental services that mangroves offer, the most significant are: the protection of coastal areas from climatic phenomena; the purification of salt water until it is transformed into water suitable for irrigation of agricultural land and for human consumption; a high capacity of carbon sequestration. It is one of the ecosystems where marine life reproduces, becoming a veritable maternity ward for thousands of species of fish, molluscs and crustaceans, among others.

In terms of food, it sustains the provision of biomass for millions of species that inhabit the oceans, as well as seafood and fish, a fundamental source of protein, mainly for human populations settled in marine-coastal territories.

This ecosystem is a source of work for millions of harvesters and fishermen in the estuaries. Its existence is crucial for the sustainability of coastal artisanal fisheries.

Considered in territorial terms, it is an articulating element of the culture and identity of marine-coastal peoples. According to historians of the region, the original peoples of Latin America navigated the mangrove estuaries, carrying out trade and exchanges over long distances. This, for example, is evidenced by the Valdivia culture in Ecuador, whose traces show its presence in Central and Mesoamerica. It is considered that the current communities of harvesters and fishermen of mangrove estuaries around the world are heirs to ancestral cultures that still maintain unique ways of relating to the mangrove, which are expressed through their varied practices and narratives.

The mangrove ecosystem is under threat at a global level.

At the end of the 1990s, FAO reported the loss of 50% of this ecosystem, worldwide. The Latin American continent is undoubtedly the most affected by the destruction of the mangrove ecosystem. In the 1930s, mangrove wood was in great demand for piles and tannins, and since the end of the 1970s the main causes have been the implementation and expansion of industrial shrimp aquaculture, followed by large-scale tourism development and housing construction. The discharge of pollutants from upland areas is another threat to their conservation.

The loss of food and jobs for local communities in coastal areas, which are negative consequences of mangrove destruction, are not compensated by the industrial activities that replace this ecosystem.  The impoverished and precarious conditions faced by small-scale coastal fishing and harvesting communities are evident: lacking basic services, access to health and education. 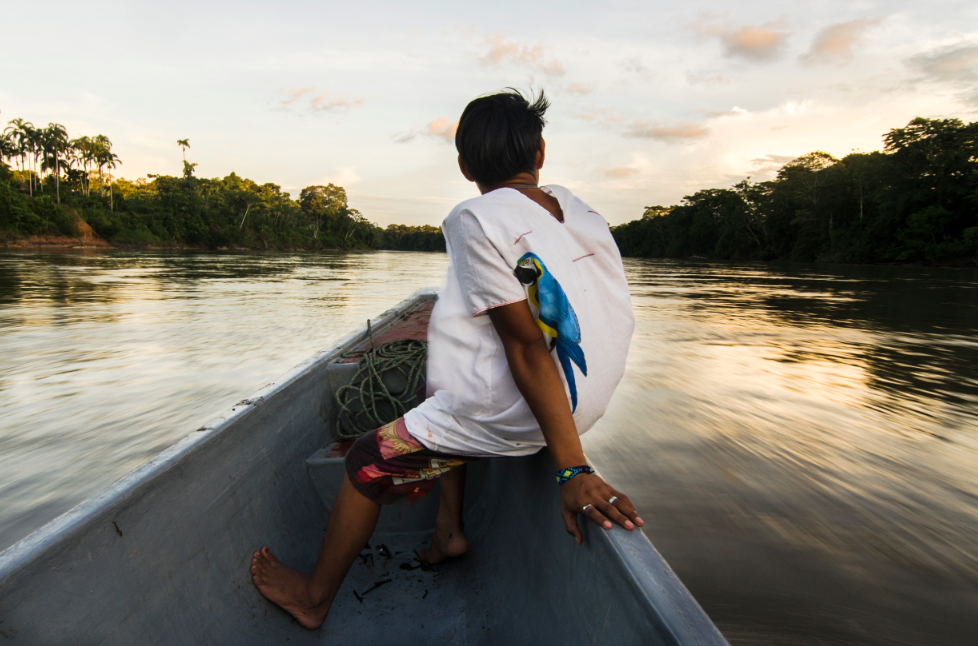 In the context of the COVID19 pandemic, the conditions of impoverishment of the harvesting and fishing communities in marine-coastal territories have been exposed. This historical and structural impoverishment affects all aspects of the lives of these communities and is further intensified by the restrictions imposed by governments, almost worldwide, such as confinement measures, prohibition of mobilisation, closure of workplaces. In addition to this, governments usually pay little or no attention to the health of the local people, and fail to take compensatory measures to alleviate their losses.

There has been a retraction in the subsistence economies of coastal populations, resulting in a decrease in the basic income of family units, who cannot afford neither food nor bank loans or services. There is a breakdown of the already precarious household economy and of the dynamics of access to cash that is predominant in these communities. Moreover, those who are forced to go out of their homes to provide for their families are regarded as “cannon fodder”.

The vast majority of the population in these territories in Latin America have not qualified for state assistance in the form of “vouchers”, due to their informal status, i.e. harvesters, fishermen, street traders, etc., who are unable to register for “vouchers” due to the lack of “legality”.

At the same time, there has been an increase in the extraction of natural resources, such as fish, molluscs and crustaceans, an increment in the felling of forests and in the invasion of natural areas for housing settlements due to the large number of families returning from the city in search of resources in the marine-coastal ecosystems that provide them with food.

FROM THE VOICES OF THE WOMEN OF THE MANGROVES

Millions of men and women from gathering and fishing communities in mangrove estuaries find their source of livelihood in this marine-coastal territory. Testimonies of gatherers and fisherwomen from the mangrove estuaries of Latin America confirm this. Despite the critical conservation of this ecosystem, it will always be the territory where communities find their livelihood.

“I raised my three children with my work as a fisherwoman in the estuary. My parents taught me the art, from a very young age I used to accompany them to the mangrove swamp. We didn’t just fish, we also collected clams, oysters, mussels, that was how we fed ourselves and traded the leftovers. Today the situation is hard, the mangrove is contaminated by the oil exploitation in Alvarado, this makes the species become extinct and because of that our quality of life deteriorates…”. Herminia Rodríguez, Alvarado Veracruz, Mexico.

Fanny Aguayo, fisherwoman from Puerto Peru, from the mangrove estuaries of Tumbes-Peru, comments “…it gives me joy to see how our mangrove and our sea feeds the poor. You see very poor families who have nothing to live on, we give them fish and shells. We share what we have, we make a donation among the women so that the families don’t lack anything; we also invite anyone who wants to work with us, even though the mangrove sometimes can no longer resist, we have to take care of it”.

“I learned to read and write because I studied until the third grade of school, then I couldn’t go to school anymore and the mangrove became my source of livelihood. My whole family goes to the mangrove to collect crab: my parents, my brothers, my daughters, my husband, my sons-in-law. We are like a family business: some collect, others pulp, others sell. It is hard to go to the mangrove now, because there is less and less crab. The shrimp farms have cut down the mangroves, they pollute the estuaries and that’s why the species are disappearing and we are left without food and work. What we earn today selling crab is not the same as it was 30 years ago, when I was young. Today we catch less and we get paid less…”. Neyva Carrasco, a crab picker from the Ecuadorian coast.

In the framework of Terra Madre 2020, the mangrove issue has been addressed from a gender perspective in the forum that took place on the 10th of December 2020, involving representatives of communities from Mexico, Honduras and Peru.

The interventions of the participants have raised reflections on the importance of this ecosystem for local communities and the risks related to its affectation by companies that exploit the mangrove, destroying its biodiversity.

The contents of this article are the sole responsibility of Slow Food and can in no way be taken to reflect the views of the European Union.