Slow Food joins the appeal to the international community

Since January 20, the Turkish government has been bombing Afrin, one of the three provinces of the autonomous Syrian region of Rojava. Slow Food has been working with the local people in this area for years, ensuring that the land and local food production are not abandoned, and they have become an integral part of the movement’s global network. Local food production is not only an important independent source of sustenance, but also key to avoiding a catastrophic loss of biodiversity, knowledge and traditional skills. Now the projects involving the Slow Food network risk being wiped out forever, along with the future of the local people.

For this reason, Slow Food is adding its voice to an appeal to the international community to guarantee Afrin’s stability and security and prevent further Turkish aggression from within Syria and across the Syrian border. Several academics and activists, including MIT Professor Emeritus Noam Chomsky, have joined the appeal by signing an open letter entitled “Do Not Let Afrin Become Another Kobane.” In addition, many associations have launched fundraising campaigns on platforms like Gogetfunding.com and Buonacausa.org 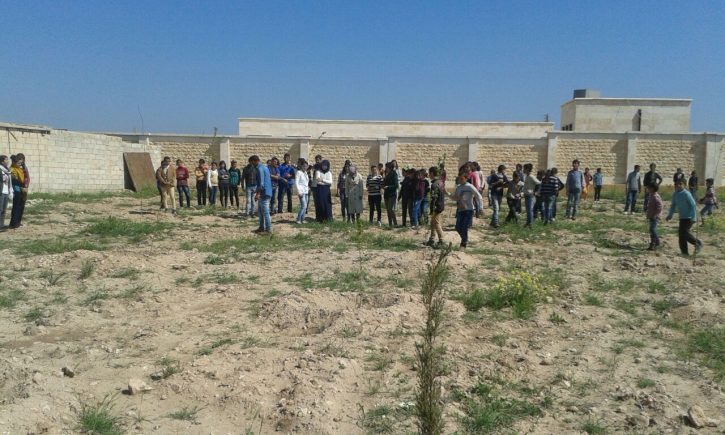 What is Slow Food actively doing in the area?
FOOD GARDENS in ROJAVA
In 2015, Slow Food began working with the democratic administration of Rojava on the “Gardens in Rojava” project, an environmental and food education program involving the planting of food gardens in schools. Today at least 1,000 students from 10 different schools participate in the project. During Terra Madre Salone del Gusto 2016 in Turin, Italy, Berivan Al Hussain, a member of the Kobane delegation, described how he has been helping to create the gardens and explained that they represent much more than simple plots to cultivate: They are a symbol of freedom for a people and a land known as the cradle of civilization. This freedom is under threat from ISIS, which has been destroying wells and planting mines in agricultural land, leading to the deaths of many civilians. 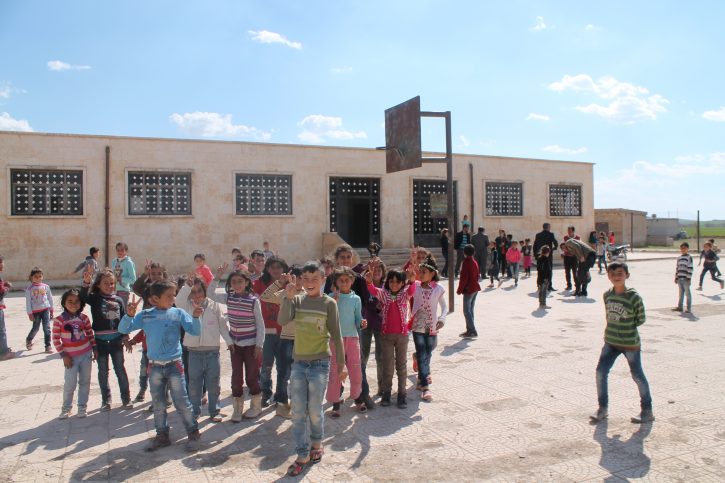 SLOW FOOD KOBANE and new SLOW FOOD PISTACHIO PRESIDIUM
Slow Food has opened a local chapter in Kobane and before the bombing started it was working with a community of pistachio growers to establish a Slow Food Presidium that could help support the farmers who are tenaciously struggling to hold on to normality. This process has now been interrupted, but Slow Food hopes to be able to complete it before the next Terra Madre Salone del Gusto in Turin in September.

SOUP for SYRIA
In 2015, Barbara Abdeni Massaad, the leader of the Slow Food Beirut convivium and Slow Food International Councilor for the Middle East, produced Soup For Syria, a collection of recipes whose proceeds are donated to the United Nations refugee agency (UNHCR) and go directly towards funding food relief.