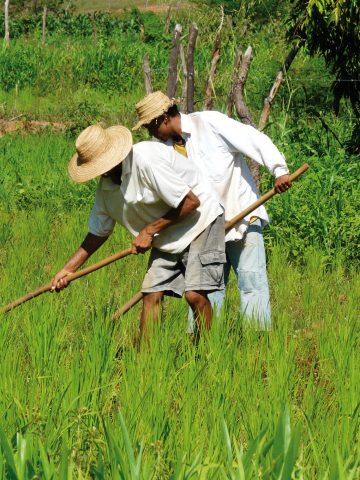 With interim measure no. 870 of January 1, 2019, the President of Brazil has eliminated the Consea, Conselho Nacional de Segurança Alimentar e Nutricional (Food and Nutrition Security National Council). Many in Brazil are heralding this move as Bolsonaro’s first step towards a more general dismantling of food security policy.

The Consea was created in 1994, suspended in 1995 and restarted in 2003 as an advisory body directed by the presidency, with the aim of officializing the participation of civil society in the formulation of food policies. Made up of two-thirds civil society representatives and one-third government representatives, it carried out the important function of providing an institutional space for social control and the participation of civil society in the construction, monitoring and evaluation of food security policies. This example of social participation became a model for many other countries.

Important proposals were discussed within the Consea, later becoming policies and public initiatives for combatting hunger and ensuring healthy and sufficient food for the country’s population. The many victories won by the council included the inclusion in the constitution of the right to adequate food (Amendment 64, Article 5 of the Federal Constitution), the introduction of the Zero Hunger Program and the Safra plan (a program of credit for family farmers) as well as national policies for supporting agroecology and organic agriculture and a food-buying program that allowed public institutions (like schools) to buy produce from family farms.

Thanks in part to these policies, in 2014 Brazil was able to leave the FAO’s world hunger map. What’s more, the Consea broached many important issues, promoting an agriculture free from pesticides and healthy food for all. Its closure is seen by many Brazilians as a further attack on the weakest members of society.

This is why we are asking you to sign this petition. 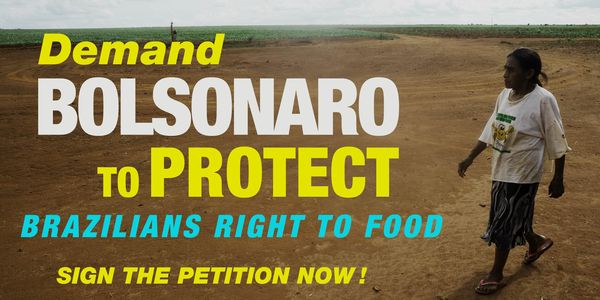 As Georges Schnyder, director of Slow Food Brazil and a member of Slow Food’s Executive Committee, says: “In Brazil the base of the Slow Food movement is a widespread network of family farmers, urban and periurban farmers, indigenous peoples, Afro-Brazilian quilombas and other traditional communities, artisan fishers and foragers as well as responsible consumers and urban activists who are fighting for the right to good, clean and fair food.” For now, he says, this network is represented in the Consea and participates in discussions on the human right to adequate food. “We cannot lose this space. The right to food is symbolic of our movement.”

Sign the petition asking Bolsonaro to reopen the Brazilian council for food and nutrition security.