Hot on the heels of the International Council meeting in Kenya, the youth of the Slow Food Indigenous Terra Madre network held a meeting and workshop to analyze the challenges facing indigenous communities in Kenya, and to discuss possible solutions and strategies for encouraging and “empowering indigenous youth to defend and promote their food heritage.” The initiative has been launched thanks to a new Slow Food and IFAD (International Fund for Agricultural Development) grant, which is aimed at strengthening the ITM network, and specifically the youth network, towards 2020.

From the start, it was clear that awareness building was going to be an important factor for the Indigenous Terra Madre network in Kenya. Community events, network growth, youth engagement, and expressing the very essence of the Slow Food movement were all raised as areas for discussion. 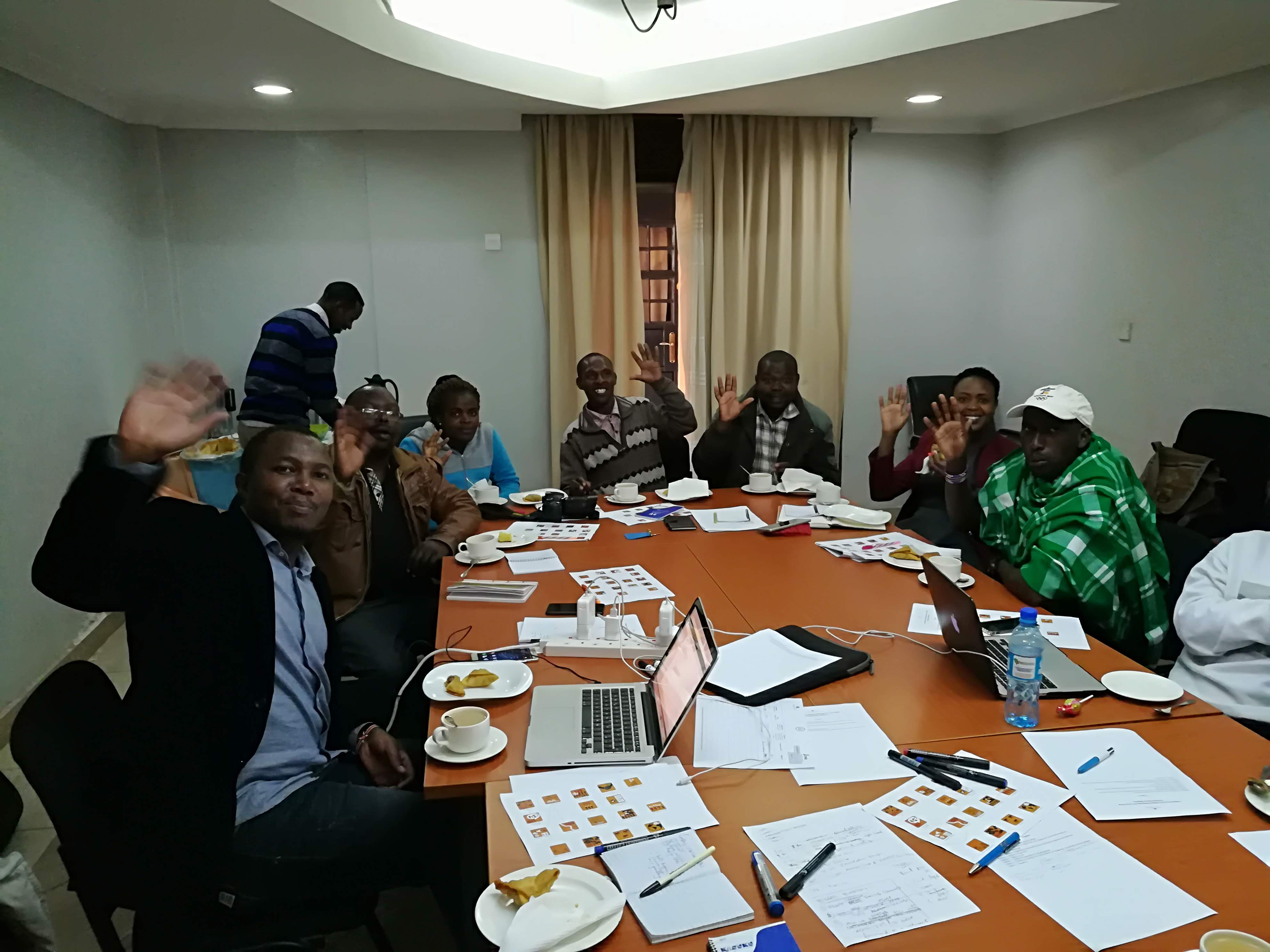 In order to ensure that all participants had the opportunity to express themselves clearly and voice their opinions, groups were formed to allow everyone to speak in their native language. These groups delved into the challenges facing each of their communities, and what the ITM network could do to help.

The idea of this morning session was to set an agenda, while the afternoon was dedicated to setting the program for the future. As the questions and comments came out in the morning talks, both in general discussion and in the groups, the challenges and issues facing the ITM network in Kenya came to the surface. After lunch, it was time to address these issues and find solutions and paths towards them, creating a clear and achievable strategy for 2020.

As one of the major results of the event, the participants agreed on a network facilitator. Margaret Tunda Lepore, a Maasai youth, was chosen as facilitator, with a first task of presenting the strategy at Terra Madre Salone del Gusto, in Turin, later this year. Self-effacing in her acceptance of the role, Ms. Tunda Lepore spoke of the training and the impact of the day’s discussion beyond the four walls of the conference room “this knowledge is not for me, it is meant for my people: I will go back and pass on the knowledge that I have learned here.” Her nomination was supported by the network’s elders, who pledged to support and advise her wherever possible, demonstrating ITM Kenya’s commitment to build on its youth.

The strategy in question took a number of hours to define, as the points made during the earlier discussion were addressed one by one. Among the steps for the future, youth engagement was a major theme, and the network will work to increase youth interest and participation (such as creating stronger ties between the Indigenous youth and SFYN Kenya), while training and education, and network growth more generally, were also highlighted as priorities. Additionally, a plan was put in place to raise the network’s standing within the Slow Food movement, by nominating more Ark of Taste products and encouraging participation in future events.

The meeting broke important ground and was overall a success, auguring well for the future of the network.

Alongside members of the ITM network, Slow Food International, Slow Food Kenya, and SFYN representatives attended the event. The collaboration was greatly positive for strengthening the network, and ensured a shared strategy, backed by all divisions of the Slow Food movement in the country.

Despite the clear positives, the meeting also demonstrated that there is a long road ahead for the network in Kenya. Aside from needs to educate and grow the network, the communities involved face many hurdles beyond their control. Having to battle droughts and climate change, rampant pesticide use, and constant attacks on biodiversity (introduction of foreign species that are not hardy enough, and drain the communities’ resources), all while dealing with poor infrastructure, (in some cases without electricity) within a climate of land grabbing, conflict and deforestation, make the task ahead of Kenya’s ITM network all the more arduous. This will be no discouragement, however, and driven by its capable and determined members, and bolstered by the solidarity and support of the whole of Slow Food, the Kenyan Indigenous Terra Madre network will succeed and grow into a formidable branch of our organization.