Archive » It’s all about the grains

Slow Food the Netherlands brings together bakers, brewers, farmers, and other grain-lovers for the annual theme ‘grains’.

Slow Food the Netherlands ’ annual theme for 2022 is ‘grains’. They aim to celebrate and revitalize the country’s long-standing tradition of grain-growing, baking, and brewing. Grains are a staple that forms the base of some of the most wonderful food products we know: from bread to beer, from cakes to croissants. Grains are at the foundation of many societies. It’s not for nothing that the word ‘companion’ means ‘one who breaks bread with another’ (from Latin com (together with) and panis (bread). To better understand, revitalize and celebrate the grain chain, Slow Food the Netherlands calls on their network to help out: last Saturday the first physical grain-themed tasting and brainstorm session took place! 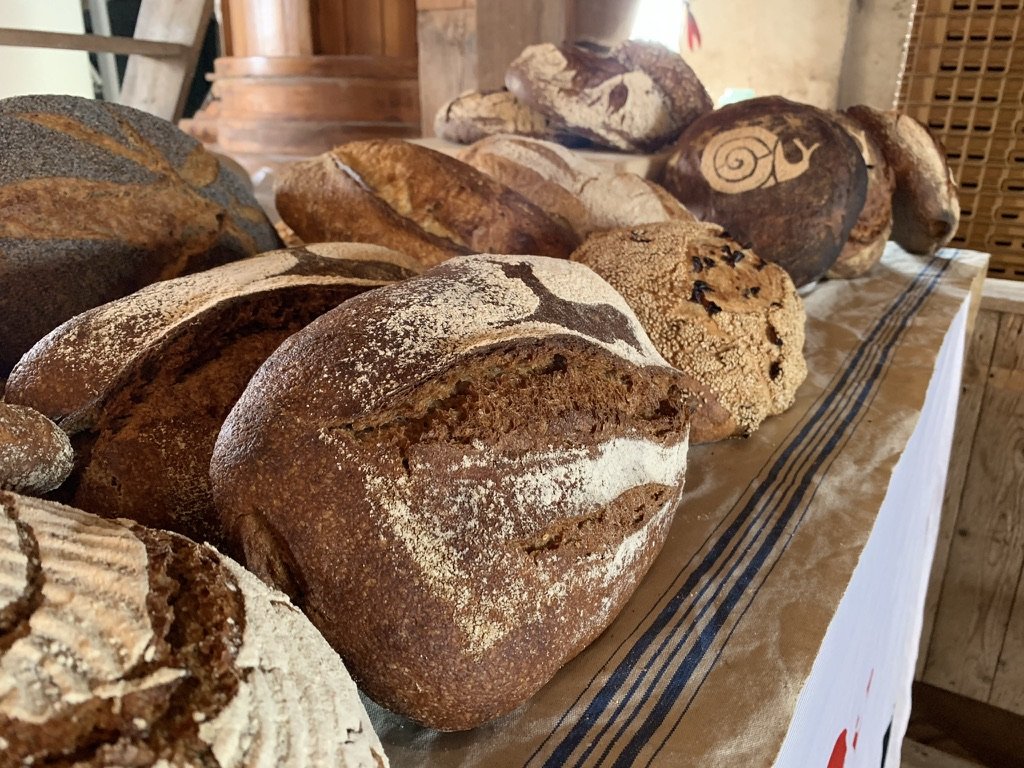 Bread is far from extinct, and new local breweries seem to pop up daily. But, the current situation is far from Good, Clean & Fair. Some numbers: The Netherlands grows 200.000 hectares of grain (not including maize). Almost 80% of those grains are wheat meant for livestock feed. Only a fraction of the remaining 40.000 hectares is used for oats, rye, and some other old grains. 90% of bread eaten in the Netherlands comes from imported wheat. For a beer that’s 75%. And then we haven’t even talked about how all that grain is grown. Need we say more? Slow Food the Netherlands wants to stimulate sustainable grain production in the region, for the region. Particularly healthy and delicious grain varieties like Saint-John’s rye, einkorn, oats, and local varieties of emmer wheat. Particularly in these times of geopolitical instability, increasing local food production is all the more necessary. Besides that, grains have an incredible cultural-historic relevance.

Revitalizing the Good, Clean & Fair grain sector; that’s easier said than done. For this, Slow Food the Netherlands calls on their biggest strength: the highly diverse network of Dutch grain-growers, beer-makers, and other experts and hobbyists. Last Saturday, a group of forty people came together to exchange knowledge, ideas, and to initiate grain-centered projects. To fully understand the grain-chain, and identify its bottlenecks, a holistic approach is needed. This can only be achieved by including the perspective of the farmer, miller, baker, consumer, ecologist, and all other stakeholders. That’s why bringing people together is crucial.

The next step is the development of the projects that came forth out of Slow Food the Netherlands ’ grain-themed meeting. The projects include researching oats fit for beer brewing, visualizing the grain chain, and organizing a harvest festival. The projects will be executed by Slow Food members and other grain-lovers. ‘Grains’ will be the through the line of Slow Food Netherland’s 2022, so many more grain-themed events will follow! Make sure to keep an eye out on their Instagram and Facebook!