Archive » Intensive Farming Will Not Feed the Planet

“Reality Check: Intensive Farming Will Not Feed the Planet.” This was the title of the event organized by Compassion in World Farming held last week in the Slow Food Theater at Expo and attended by Leah Garces, USA director of CIWF, and Joyce D’Silva, an ambassador of the organization, who has been involved in farm animal protection and welfare for years. 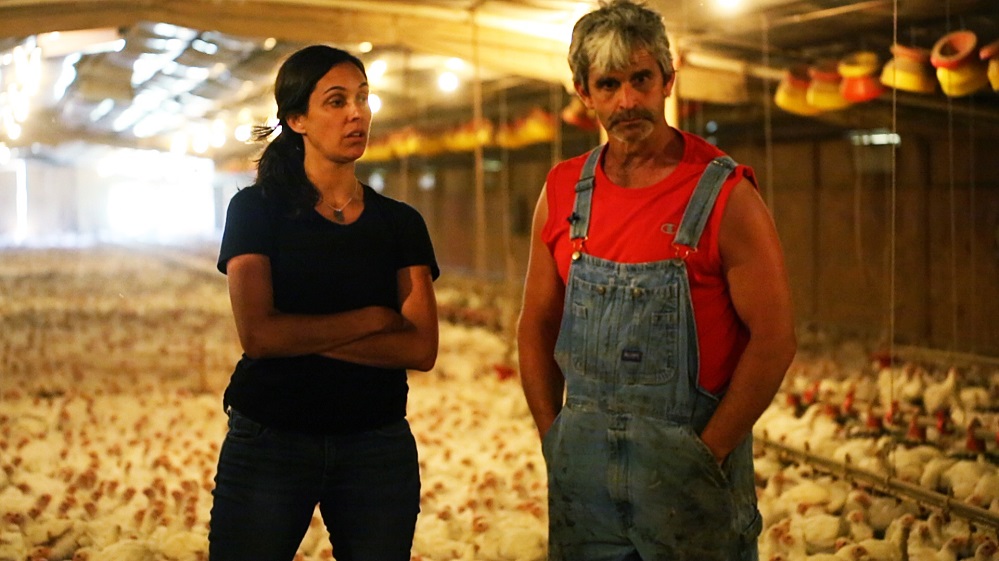 To help understand how a certain kind of production – controlled by a total of four companies in the United States – is harmful to the environment, human health and animal welfare and helps destroy the planet, rather than feed it, just watch “Chicken Factory Farmer Speaks Out,” a brief documentary which features Craig Watts, a contract chicken farmer for Perdue, the American poultry giant. He is in the same situation as thousands of other contract farmers in the United States: if you want to play the game, you have to play by the rules. And, of course, it’s large corporations that make the rules. Watts, however, is not like the thousands of other contract farmers, because somewhere along the line he rebelled against the system, contacting CIWF and starting to work with Leah. There is a word used to describe this: whistleblower. Watts spoke out about an unjust, unacceptable situation and fraudulent claims. Perdue habitually portrayed itself as a company that maintained high-quality standards, claiming that its chickens are raised cage-free, fed an all-vegetarian diet without the use of antibiotics, and reared humanely (farms were inspected and certified by the United States Department of Agriculture). But the images that we see in the video – and like us, millions of internet users have seen them online – tell a totally different story. Chicks are often born with genetic problems and if they survive the first few days of life (the mortality rate is extremely high in the first 3-4 days), live in unnatural conditions that could not be called humane by any stretch of the imagination. “They’re not happy” says Watts to the camera. And we have to admit he’s right. We can only admire his courage in taking on the system, with predictable consequences, such as intimidation and mobbing.

If the images weren’t proof enough, there are also the figures and statistics. At present, 70 billion animals are slaughtered every year to meet our protein requirements, and around two thirds are reared in intensive systems. These figures are set to rocket in the coming years (predicted to be 120 billion by 2050, when the world’s population will have reached 9 billion, a figure that will be added to current food systems, which are increasingly meat-based). Forty percent of cereals grown globally and 97% of soya is used to feed livestock. UNEP (United Nations Environment Programme) has calculated that if this trend continues, the quantities of cereals it predicts will be grown for livestock in 2050 could feed 3.5 billion people. CIWF also displayed a graphic showing the environmental impact of several diet types. The diet of someone who eats meat every day (7.19 kilograms of CO2 emissions) has far more of an impact than the diet of someone who eats less meat (4.67 kilograms of CO2), a vegetarian diet (3.81 kilograms of CO2), or a vegan diet (2.89 kilograms of CO2). 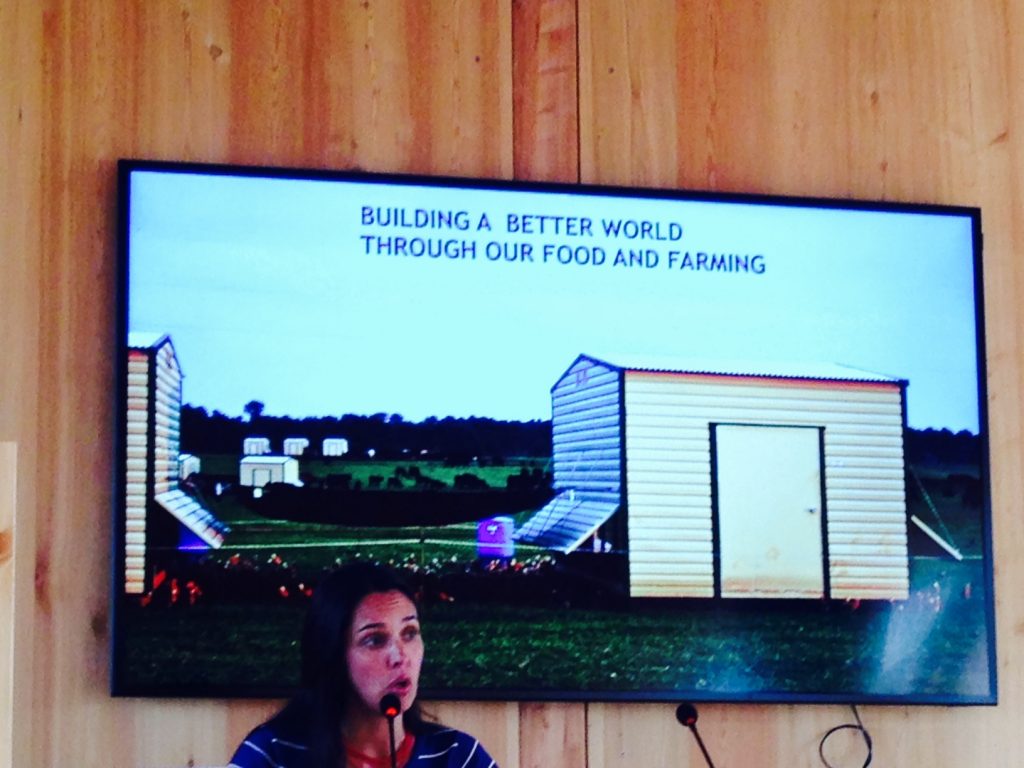 The solution for how to feed the planet in the future? CIWF’s view is clear: don’t choose industrially raised meat and get into the habit of considering animal welfare in our daily choices. With the impending Transatlantic Trade and Investment Partnership (TTIP), products made from farmed animals, like Perdue’s animals, could soon appear on the European market. Leah Garces noted that the vote on the TTIP in the European Parliament has been postponed. “The message is clear: animal welfare is important and will continue to influence the European Union when it comes to the market. It is a victory for farm animals and for consumers, because the European Union is maintaining a firm stance against degradation of its high animal welfare standards. This will put pressure on the USA to improve its own standards, rather than ask others to lower theirs.”

For more information about Compassion in World Farming and its campaigns: www.ciwf.it

For more information about Slow Food’s position on eating meat and the kind of farming we want: www.slowfood.com/slowmeat/it/