The philosophy of our Slow Meat campaign can be summed up with one simple slogan: eat less meat, of better quality. The commercial meat industry has a completely opposing view that displays a blatant disregard for consumer, animal and farmer well-being, and is destroying the environment in the process. In this article, Stefano Liberti, author and friend of Slow Food, explores one of the enormous, global problems of industrialized meat production, namely the vast overpopulation of animals being raised for us to eat.

According to FAO predictions, by 2050 there will be nine billion of us on the Earth, around 1.5 billion more than today. This exponential increase presents us with the colossal challenge of finding the resources to feed everyone with dignity. But an emphasis on the rising human presence on the planet risks silently passing over another type of overpopulation, one which is even more problematic. There are constantly 25 billion farmed animals in the world (with around 70 billion killed over the course of a year): chickens, pigs, cattle, sheep, rabbits and turkeys, primarily reared in so-called factory farms. If the increase in meat consumption follows current trends, with numerically important populations such as that of China accessing Western food models, by 2050 we will need to raise 120 billion animals a year. 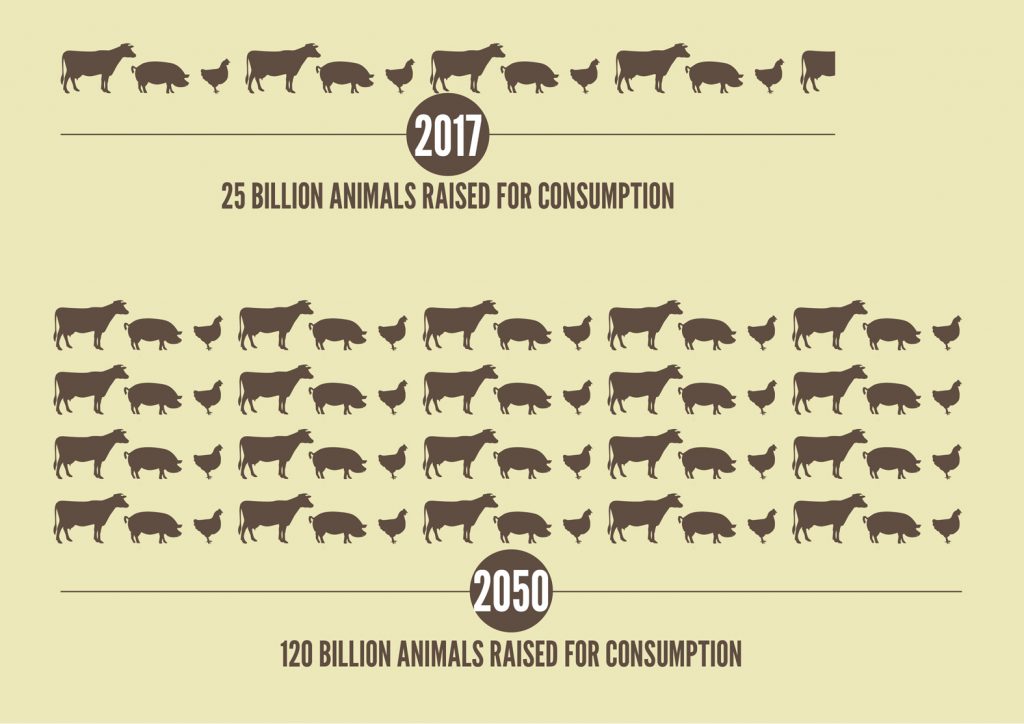 These animals locked up in sheds must be fed. Already millions of hectares of land are planted with grains (like corn) and oily seeds (like soya) for this purpose, taking them away from crops for human consumption. According to estimates by Canadian academic Tony Weis, a third of the world’s arable land is used for livestock farming.

Currently there are 700 million pigs in China, half of the world’s total pig population. In order to feed them (and chickens—chicken consumption in the country has increased sevenfold since 1980), 80 million tons of soy are imported every year, primarily from Brazil and the United States. In terms of yield, this results in monumental waste: To produce the same amount of protein, pork consumes nine times more land than soy would if the beans were used for direct human consumption. 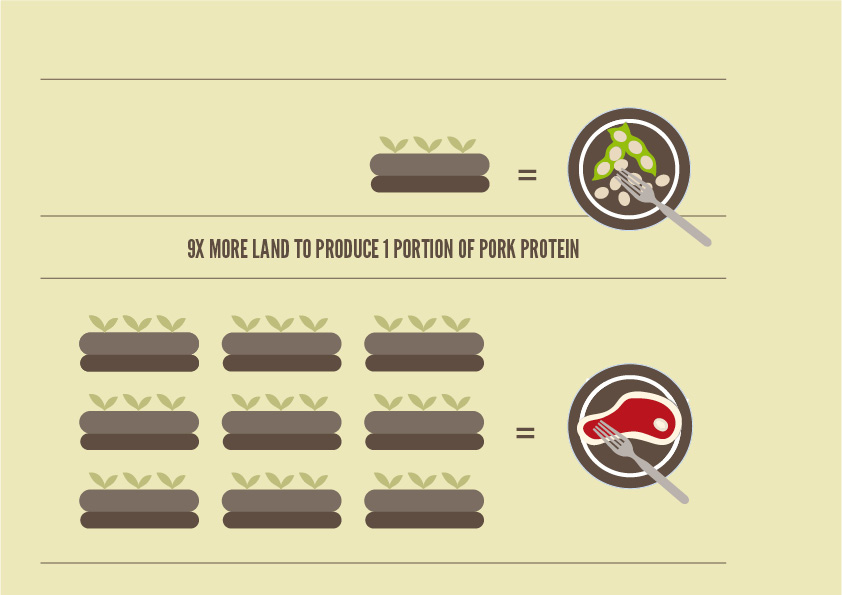 These indoor-farmed animals pollute, producing massive quantities of waste, which must be disposed of. In the United States, livestock farms generate 13 times more sewage than the human population. In some high-producing states, like North Carolina, pig excrement is collected in open-air lakes that are emptied by spraying the waste on surrounding fields. “In this state alone, it’s as though the entire population of California was urinating and defecating each day in a lake,” summarizes Rick Dove, an activist with the “waterkeepers” of Bern, North Carolina, who are campaigning against the pollution generated by factory farms.

The environmental legislation is stricter in Italy, but the bottom line is the same: In order to feed the 8 million pigs in this country, the 500 million chickens raised for meat, the 50 million egg-laying chickens and the 6 million bovines (cows, buffalos and veal calves) we import tons and tons of corn and soy. The Po Valley plains, where industrial livestock farms are concentrated, are heavily polluted. Industrial meat is the biggest culprit in pollution and resource consumption. In an increasingly overcrowded planet, intensive livestock farming and animal overpopulation are inescapable issues that demand to be tackled urgently with a debate as serious and in-depth as possible.