Philip Lymbery, the chief executive officer of Compassion in World Farming, calls industrial livestock “the cascade of cruelty of intensive animal farming.” On the one hand, the terrible living conditions for livestock, forced to suffer in cramped spaces, on the other, the destruction of enormous areas once covered with forests or woodland in order to grow feed for these animals.

By now it must be clear to everyone—or it should be—that industrial animal farming is not compatible with environmental sustainability.

The worst images we are seeing at the moment come from Brazil, thanks to the recent push for deforestation supported by the Bolsonaro government.

As Stefano Liberti writes in Internazionale, “the new president has openly sided with a revision of environmental constraints and has given the go-ahead, at least with his words, to a new policy of conquest. The increase in fires is a result of this logic: The fire clears land that can be exploited in other ways, particularly for extensive grazing and industrial agriculture.”

But it’s not just a question of environmentally unfriendly policies. There are plenty of other interests at play, many related to food production, and first and foremost meat and animal feed. The equation is clear: If the consumption of meat in many countries is going up, the world will need more farmed animals and as a result more land for cultivating soy and other feed crops. According to some studies, currently a third of all arable land is being used not to grow food for people to eat, but crops for industrial livestock feed.

As the world’s top soy producer, Brazil plays a key role in this international game, exporting mostly to China and Europe. To date 19% of the Amazon has been deforested and much of the land turned over to soy cultivation, and what many consider to be the planet’s green lungs continue to be gnawed away at.

But Brazil is not the only country to withstand—and suffer from—environmental disasters in order to encourage the big feed industry and the intensive livestock farming world. The oil palm plantations in Sumatra that threaten the habitat of elephants and other animals, the American prairies that are now home to swathes of corn fields rather than herds of bison and the seas being depleted of life in order to feed farmed fish are all further examples.

In his book Dead Zone (2017), Lymbery offers a mind-boggling statistic: “The amount of global land currently used to grow grain crops like corn and soy for farm animals is equivalent to a single field covering half the land surface of the USA, or the entire European Union.”

Another issue is the CO2 emitted along the entire production chain of factory-farmed meat, starting from deforestation, necessary to make space for grazing land and fields of grain and soy, plus the methane and nitrous oxide released into the atmosphere by the animals themselves, their waste and the use of fertilizers.

The solution to fighting climate change and saving our health and our planet needs to involve a reduction in meat consumption from industrial livestock. We need to eat less and choose better. It sounds difficult but it’s really not: just opting for meat from small-scale farms that respect the environment and their animals can be a first step toward change. Recognizing a Slow farm isn’t so hard: just be curious and follow some simple tips. 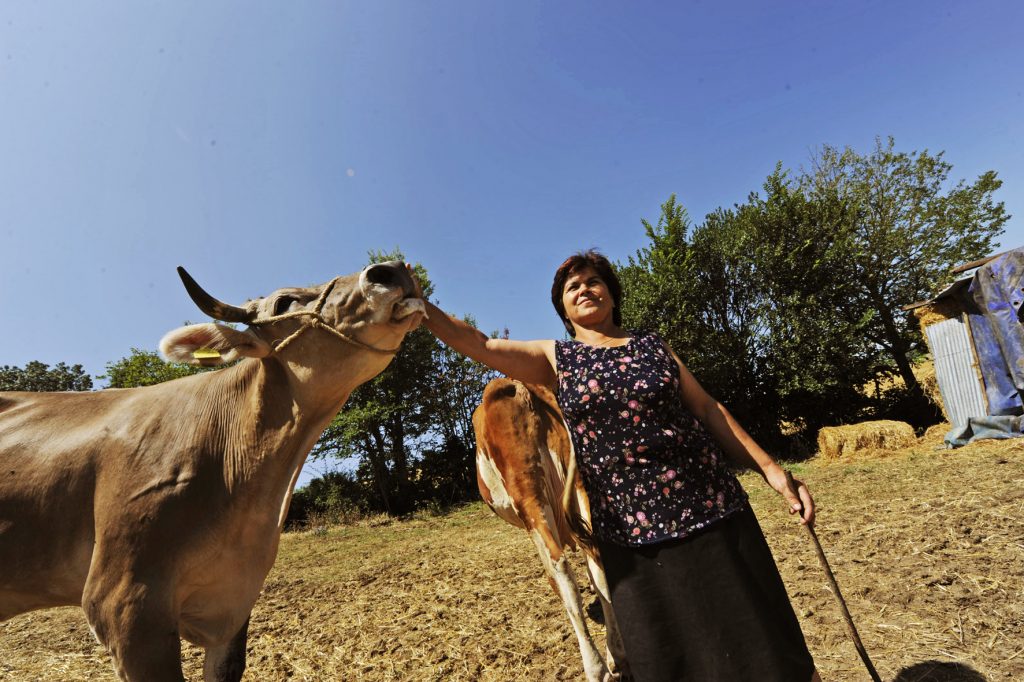 To test your current food habits, take the Meat the Change campaign quiz and find out how Slow you go when it comes to meat!