After three years of mutual learning with indigenous youth and based on the teachings of the case-study undertaken, Slow Food launched a small prize to reward the best project proposals by indigenous youth.

This small contribution was aimed to indigenous youth who participated to the training events held withing the IFAD and Slow Food project between 2017 and 2020 and distinguished themselves in being proactive in starting or continuing activities based on the good, clean and fair Slow Food principles.

Youth participants had to submit proposals aimed at creating or strengthening activities for the defence and promotion of their communities’ food heritage. 7 of them (majority being women-led) from Latin America and Africa were selected by a Committee (also composed in its majority by women) and the results were far greater than expected, as always when giving trust to indigenous youth.

As rays of hope in this catastrophic 2020 for many of us, let us share with you the amazing projects that these indigenous youth are undertaking in their communities. 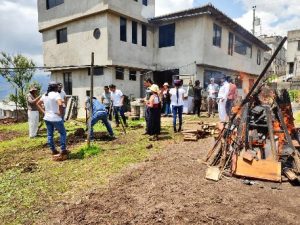 Safeguarding the different varieties of corn, quinoa, amaranth and penco, used in the preparation of various chichas recipes of the cañari kichua people, was the goal of Zarasisa’s project, meant to promote, identify, capture and make visible the different recipes of the chichas of the Cañari People who are at risk of being lost. 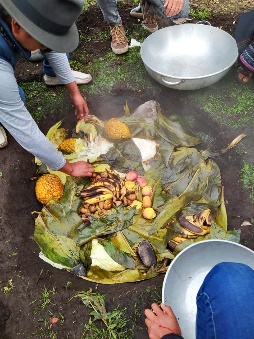 Chicha is the ancestral drink based on millenary seeds. There are several varieties of it: jora, tiktishka, quinua, jora of purple corn and sangorachik, ataco, amaranto.

Zarasisa worked, jointly with other youth and elders from the community, to raise awareness on the importance of producing and safeguarding the traditional varieties and the potential that chicha has to improve health, the economy and strengthen their culture.

Three meetings with around 30 people, including youth and elders, were organized, to share knowledge and stories around bio and cultural diversity making chichas. At the end of her project, it is worth mentioning the great event she organized, a community fair with entrepreneurs, which involved Slow Food members, 24 indigenous community from all over Ecuador and local producers, who shared their knowledge and products. 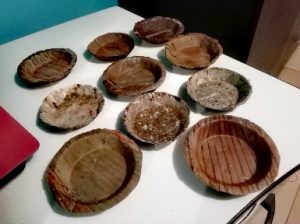 Julián presented himself with a proposal called “Jajañ: bringing the wisdom of the traditional indigenous garden to the table”. His project aimed to manufacture biodegradable dishes and packaging from banana and achira leaves. Meant to mitigate the environmental impact of the use of plastics and styrofoam, Jajañ contributed to creating an offer of biodegradable dishes and packaging with ancestral methods, generating new options against the massive use of disposable plastic packaging and improving the quality of life of two targets: the Inga and Kamentsa indigenous communities, both living in the Municipality of Pasto. 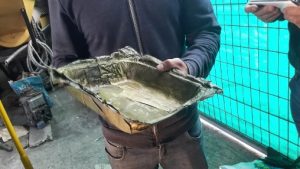 Currently, Jajañ is at an experimental stage: dishes and packaging in quantity have not been produced in quantity yet, but some prototypes gave already very good results. The goal of Julián and his team is to have the finished product by the beginning of the year, to be able to offer it to the market. In the meantime, agreements with two universities have been signed, to provide the project with some technical advice. Julián is heartly grateful to Slow Food for the support, thanks to which he and his team were able to make great strides in the construction of the machine, hire technical personnel and grow plant samples as raw material. 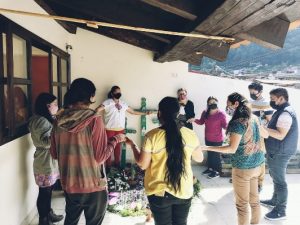 Migrants are the key actors of the project proposed by Claudia Albertina Ruiz Sántiz and Yolotzin Bravo. They thought to put in place a training process addressed to urban indigenous youth who have migrated from their communities, to reinforce indigenous identity and defend indigenous ancestral foods. 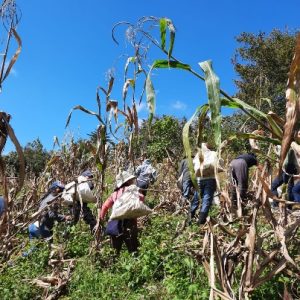 Starting from these premises,  Claudia’s and Yolotzin’s initiative consisted of three fundamental activities. First, face-to-face sessions in which participants could tell their stories through the preparation of dishes and tours of orchards, this way revaluing ​​the importance of indigenous peoples as guardians of flavours and knowledges.

Second, the implementation of an agro-ecological garden, “heart of our peoples”, as they called it, representative of cultural and food biodiversity that is being lost through generations. Third, the writing of a handbook, gathering tales of people and territories, to build an indigenous identity made of stories and food traditions.

Carson Kiburo Kibett is a passionate young man from Kenya. He created 2 Slow Food Communities of Endorois Indigenous minority community and participated in the Kenyan Slow Food Agroecology Academy for young food leaders. He worked with his community to set up women and youth groups to grow traditional crops. 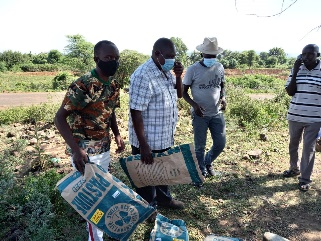 For this reason, stressing on the great importance of the indigenous Zebu cow among the Endorois people, with his project, Carson aimed at introducing household fodder farming within homesteads targeting a sustainable number of cattle. The fodder envisaged by Carson is in the form of indigenous Pokot and Star grass, which is resilient to droughts.

His project further aimed to sensitize the target group on how to appreciate their pure breeds of cows and grass, while adding value to product quality with increased fodder and modern management.

It has been a pilot project aimed at addressing harsh dry climatic conditions between January and May strengthening the resilience of more than 200 Zebu cattle, ultimately helping more than 50 families stay afloat during the most challenging time of the year. Carson hopes this idea can be extended to benefit more households. 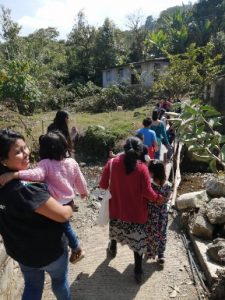 “We all sow our food”. That’s the title of the project run by Marlen Garrido Nolasco and Ofelia Vicente Castillo. Their goal is to ensure access to good, clean and fair food for women, men and indigenous youth from Tlaola, Puebla.

They implemented this initiative by promoting family gardens as a model that contributes to family food self-sufficiency, through the participatory creation of family gardens, thus incorporating good agroecological practices and rescuing traditional knowledge. They started working with 10 families, including women, men, youth, boys and girls. The impact and the acceptance of the whole project was so great that the number of families increased up to 19.

There is no doubt that Elvia Villani Catalan contributed with a very innovative project. Starting from a diagnosis of traditional food products already produced by local families, Elvia’s purpose was to distribute them through already existing coffee marketing networks. 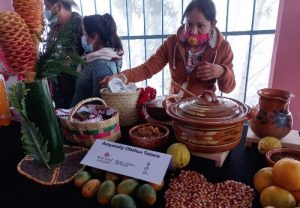 The registration of the coffee produced in forests as a Slow Food presidium was also foreseen by her initiative, thus enhancing its social, cultural, environmental and economic importance.

Last, but not least, Elvia envisaged the organization of participatory workshops with families on the importance of conserving and rescuing their bio-knowledge for food production, as well as on the management of coffee forests and the elaboration of organic bio-inputs for the nutrition of the crops. This project was a collaborative effort with the network Slow Food Bosque Nieto y Café and Cafecol a.c.

With a project called “Enhancing Indigenous Peoples Engagement for Indigenous Food Heritage”, Ochen Umar Bashir committed himself to build a series of activities within the Kotido District (Uganda), meant to carry out two goals. 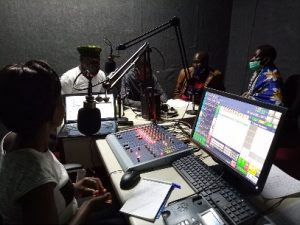 First, to strengthen the participation of youth indigenous people in a strong collaborative network. To this extent, two community forums and two radio talk shows have been organized to advocate for the indigenous food heritage, while increasing awareness on the value and benefits of indigenous food for biodiversity conservation among communities, partners and stakeholders. 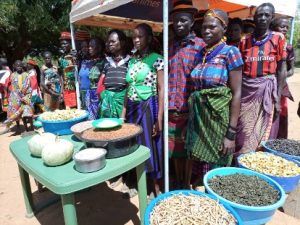 Secondly, to improve access to indigenous food with increased connection between consumers and producers. To meet this objective, one farmer market was organized, enabling farmers to sell their indigenous products directly to consumers, and two exchange visits were conducted to facilitate local learning activities for producers in different communities as well as facilitating producer-producer technical learning experiences.