Historically, Nicaragua has been an extremely vulnerable country to various environmental and socio-economic risks, which have direct consequences on food systems. According to FSIN (2020), 13/1000 inhabitants in the country suffer from food security, with indigenous territories being the most affected by climatic events (due to their geographical position in coastal areas, cross-border locally, invasion of their territories, rivers, and others). The irregularity of their livelihood conditions has an impact on food systems.

With the arrival of COVID-19 in Nicaragua, it is very likely that new challenges will arise for food production, which will have a direct impact on hunger and poverty. By restricting mobility as a result of sanitary measures in the face of the pandemic, it threatens to put at risk the livelihoods, productive activities, and income for indigenous peoples. 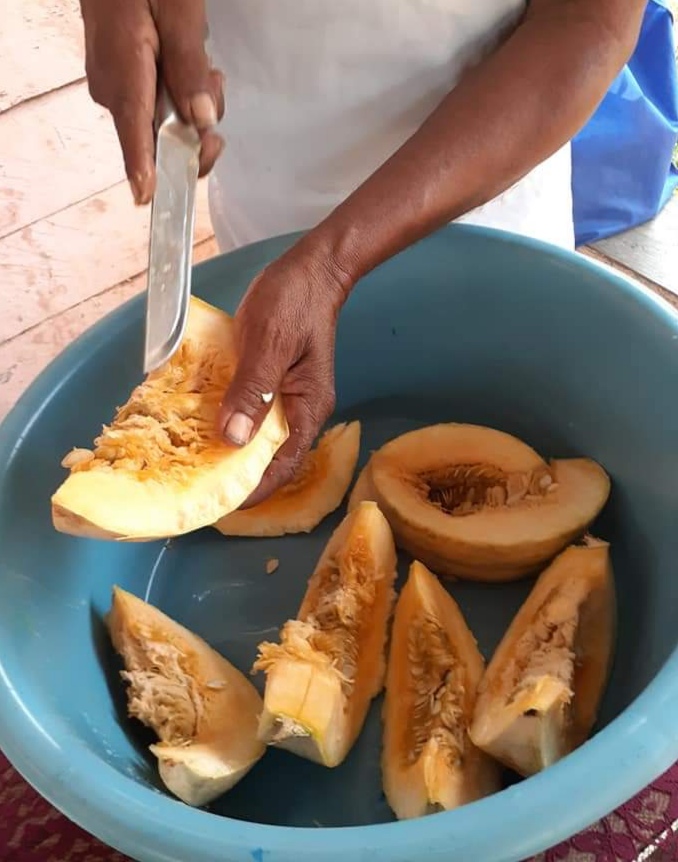 The organized indigenous women from the Kisalaya community was established in 1997 by a small group, which expanded over time. To date this group of indigenous women has representation in the 8 territories of the municipality of Waspam, with more than 80 organized women, with the aim of discussing their ways of life, stopping violence suffered by women at home, working in traditional medicine (spiritual healing), the defense of their rights as individual and collective women, the environment, economic autonomy, among other activities.

The involvement of indigenous communities, especially women, has allowed the development of empowerment methodologies for economic autonomy that has contributed to improving their ways of life, restoring their rights as women, either individually or collectively, by exchanging local knowledge in the production of their food (especially vegetable production), technical assistance, and the marketing of their products. On the other hand, the project responds to the need to combine the generation of economic income for the integral empowerment of women, with increasing the processing capacity of traditional products generated through harvesting, planting and traditional production, and recovery of traditional food systems.

The Slow Food Laman Laka community was born from CIIT (Intercultural Center for Technological Innovation) presented by CADPI (Center for Autonomy and Development of Indigenous Peoples), with the aim of promoting the participation of indigenous women and men dedicated to production. of cultural, healthy and nutritional foods, mainly in the indigenous territories of Karata, Tasba Pri and Wangki Awala Kupia located in the municipalities of Puerto Cabeza and Waspam in the Northern Caribbean of Nicaragua, developing capacities in concepts/practices in agroecological agriculture, climate change CC, food and nutritional security, production of organic fertilizer, natural and biological control of pests and diseases, organic farming, among others.

Allowing to design, project, improve their own orchards/family plots, developing innovations in products, processes, and food methods for processing and marketing. In this context, we present the story of good practices of the indigenous leader Albertina Reyes Solis, Member of the Slow Food Community, Miskitu Indigenous Producer. Albertina is originally from the indigenous community of Kisalaya, Waspam municipality, Northern Caribbean Coast Autonomous Region of Nicaragua, producer, and coordinator of the organized indigenous women’s group and member of the Wangki Tangni indigenous women’s organization.

Albertina is dedicated to the vegetable production activity for commercialization, and for her family’s self-consumption, diversifying her local diet in plots adjacent to her community. With autochthonous food production in vegetables such as ayote, tomato, watermelon, cabbage, chiltoma, pipián, citrus, nancite, coconut, bananas, beans, among others. Fulfilling the first objective of the Slow Food community to potentiate and promote the sustainability of cultural, healthy, and nutritional foods.

The production of traditional and cultural food is essential for organized indigenous women in Kisalaya who have developed an empowerment methodology for comprehensive economic autonomy for women in the cultivation of vegetables. The rescue and promotion of their crops on the banks of the Coco River (Wangki) are essential in times of coronavirus. Food production work has improved and income generation has increased for leader Albertina Reyes and an average of 80 indigenous women from 115 communities, who continue to develop their ancestral livelihoods in an organized manner.

With the support of the Slow Food community, CADPI and CIIT, good practices have transpired in the institutional coordination at the local level with the Municipal Municipality of Waspam and the Organization of Indigenous Women Wangki Tangni; At the Regional level with the Regional Government of the North Caribbean Coast and the Ministry of Family, Community, Cooperative and Associative Economy (MEFCCA). This inter-institutional work allowed training in organic production, the transformation of indigenous foods (cucumber, tomato, and ayote) with added and ecological value, mainly pickles, jelly, honey, and sauce. 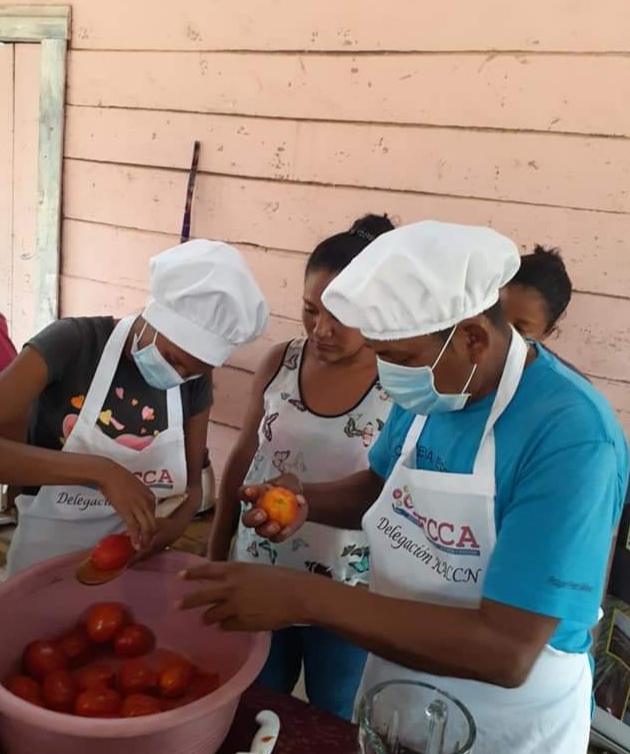 Indigenous gastronomic development and traditional cultural practices represent a strong driver of pride and cultural identity for the organized indigenous producer in Kisalaya. The set of food and own culinary uses of vegetables expressed in local commerce (indigenous communities, local markets, restaurants, fritangas, grocery stores, fairs, and local tourism) is increasingly common. This focus on gastronomy can play a key role in sustainable development, as it promotes agricultural development, food security, nutrition, sustainable food production, and the conservation of biodiversity.

During the Quarantine period, the main problems are concentrated in the local market system and it will be important to maintain indigenous production systems (indigenous families-state-market-NGO-Others). In this scenario, food production will be based on a community and municipal subsystem that allows maintaining food security. 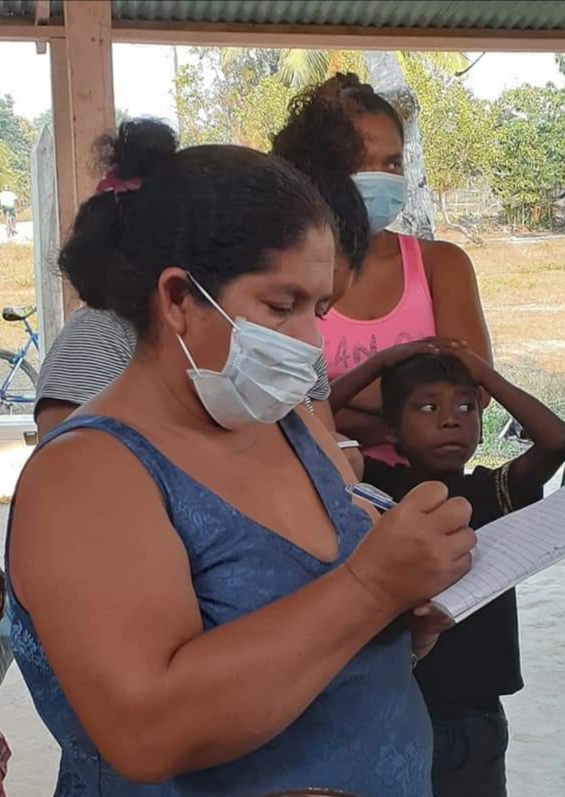