From October 11 to 14, 2019, Indigenous Terra Madre Asia and Pan-Pacific will be held in Hokkaido, Japan, the native land of the Ainu people. Over 200 indigenous leaders from 27 countries will share their traditional knowledge and raise awareness of how indigenous peoples’ sustainable food systems can play a key role in addressing global challenges like climate change and world hunger.

Participants will debate how biodiversity protection and traditional foods, cultures and languages as well as indigenous rights may represent economic opportunities for indigenous communities.

One of our delegations comes from the first Slow Food Community in India: Slow Food Nagaland. Launched in August 2018, the community will be represented by Cooks’ Alliance member Joel Basumatari. 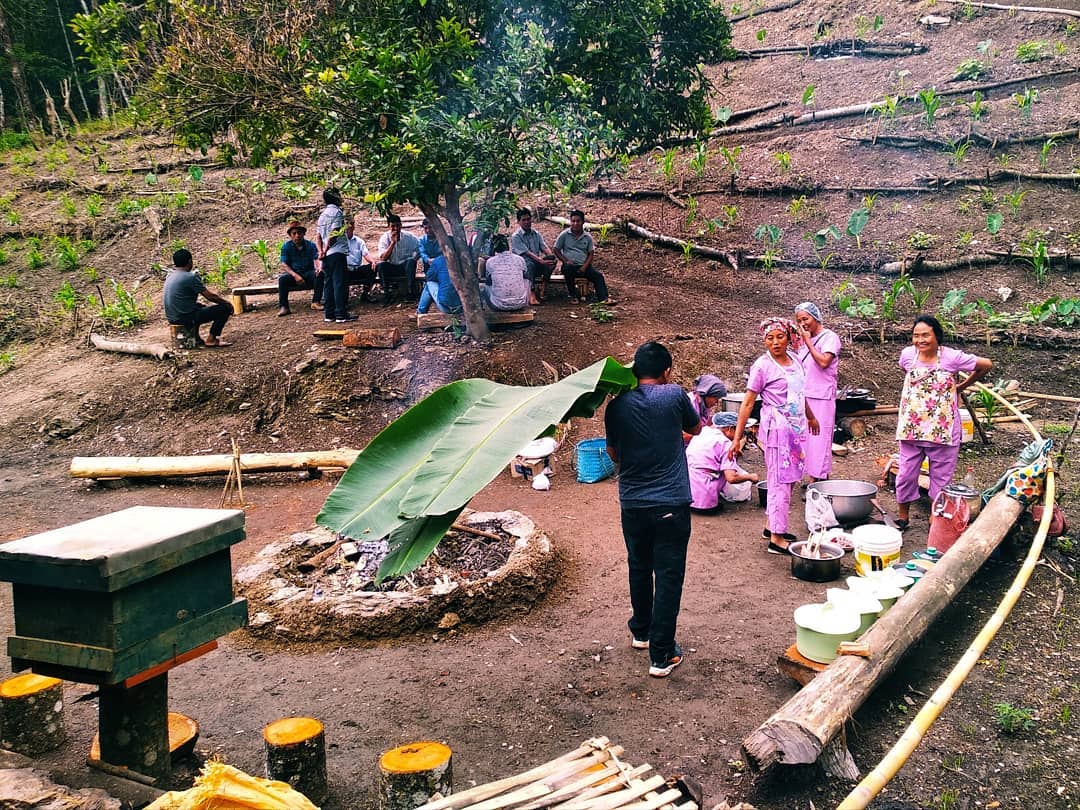 Joel, first of all: What should people understand about Naga cuisine?

Throwing a feast is an integral part of Naga life and dates way back to our ancestral days, so of course food is extremely important for the Naga people. Simplicity and variety are the two hallmarks of Naga cuisine, as each of the many tribes in Nagaland has its own interpretations of our traditional cuisine.
There tends to be an overlap between the ingredients and recipes of each tribe, but they all have a distinct signature dish. A basic Naga meal consists of a rice, meat or fish, boiled vegetables and a spicy chutney on the side. As with so many places, the best Naga meals are the ones cooked at home with families.

What are the effects of the climate crisis in Nagaland? How are people dealing with this?

The climate crisis is beginning to affect food production in Nagaland. In order to meet the challenges of the crisis, the state government is turning to its forgotten resources: traditional food crops which can withstand higher temperatures and water-stressed conditions. Since rice is a staple food of the state of Nagaland, the biological diversity of rice in the state is tremendous. The State Agricultural Research Station (SARS) has so far identified 867 traditional varieties of rice. Farmers are being encouraged to return to growing millet varieties as well too, as over the years millet cultivation had given way to higher-yielding crops.

What are your hopes and expectations for Indigenous Terra Madre in Japan?

The upcoming Indigenous Terre Madre in Hokkaido is a symbolic, global event. I expect to learn a lot about the Ainu community in particular, and about the diverse food cultures of the world through sharing knowledge, exchanging ideas and sampling the cuisine! I believe this will strengthen our resolve to continue being the catalyst for change in preserving our food cultures, our communities, and our environment. Such an event will give impetus to forge stronger global food communities which in turn will be an immense support system as we make healthier and more sustainable food choices and food practices the normality.

What do you think should be the focus for the Indigenous Terra Madre and Slow Food networks in the future?

The main focus should be to create market links for the farmers and the producers so they can make a decent living through their work. We also have to prioritize the exchange of knowledge through cultural exchange programs including field trips and indigenous cuisine exchanges. There are lots of initiatives we’d like to get started!

Indigenous Terra Madre Asia and Pan-Pacific is organized in collaboration with the Ainu Women’s Association Menoko Mosmos, who will host the event in collaboration with Slow Food Nippon, Slow Food and the Indigenous Terra Madre Network. The event will unite 200 participants from 27 countries, including Australia, China, Kenya, India, Mexico, Philippines, Russia, South Korea, USA and Vanuatu.