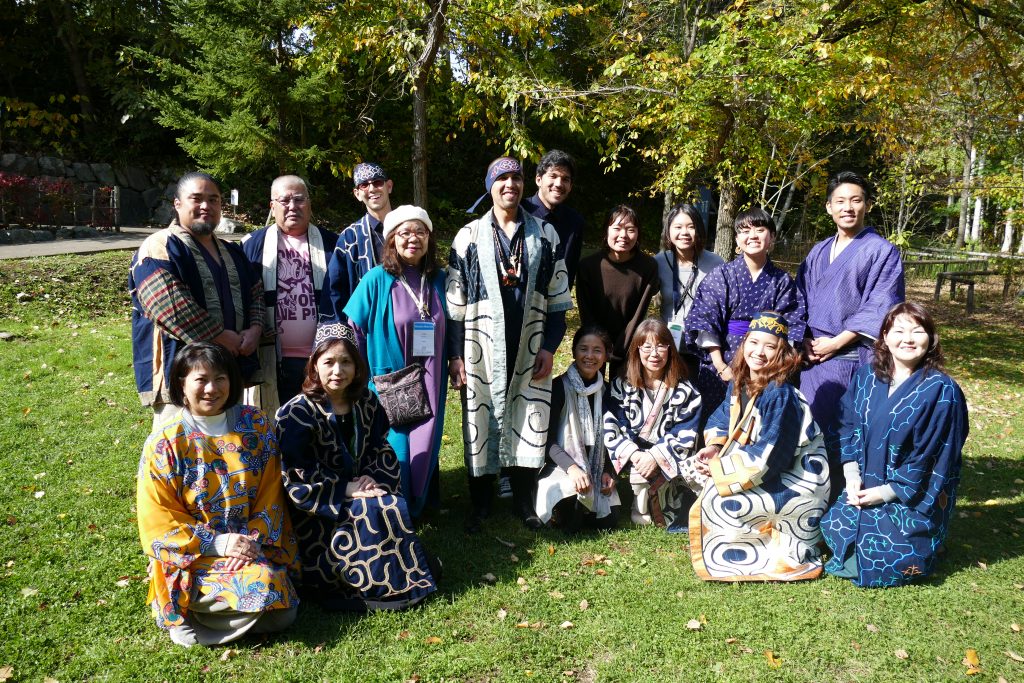 Today, October 14th 2019, the third major edition of Indigenous Terra Madre closed in Ainu Mosir, the homeland of the Ainu people on the island of Hokkaido, Japan. Over four days of workshops, conferences, songs, dances, prayers and foraging tours of the traditional Ainu lands, the vital importance of the Indigenous Terra Madre network within the wider Slow Food movement has been reaffirmed. Peoples whose food cultures have been colonized, subjugated and in some cases almost lost have celebrated the strength and the conviction of the elders, the younger generations, and the successful transfer of traditional knowledge between them.

The 200 indigenous delegates representing peoples from 27 countries concluded the four-day event by sharing a series of commitments that they will endeavor to carry forward in their communities when they return home. These included several innovative ideas for new communications tools, from graphic representations of indigenous rights to serve as permanent, colorful reminders for communities and a collaborative video project to document indigenous food systems firsthand, from foraging to cooking. 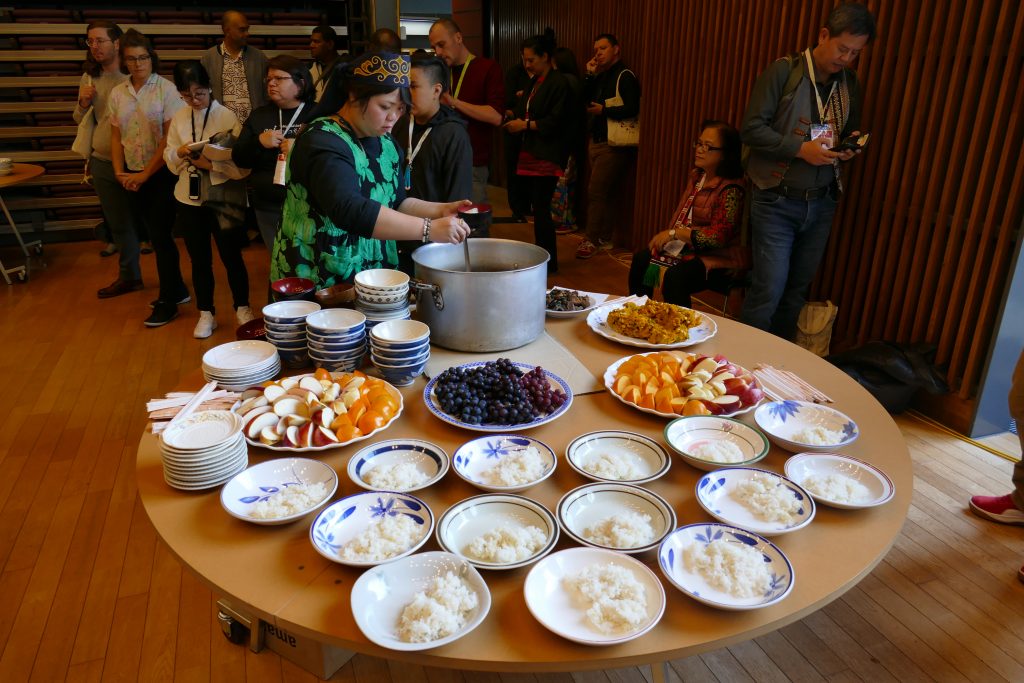 As a gathering of indigenous peoples who represent both a wide cultural diversity as well as a deep, common spirituality, it was decided that the congregation should compose a prayer rather than a formal declaration. This prayer urges all the delegates to be “brave, gracious, courageous and joyful”, and asks our Mother Earth—Terra Madre—to “allow our food to be the medicine that heals and restores our hearts and heritage, and brings balance to all the life on earth.”

Dai Kitabayashi, member of the Indigenous Terra Madre Advisory Board and an indigenous Ryukyuan from Okinawa, hopes the new bonds formed during the event will strengthen the network. “We need regular communication beyond this event because international partnerships are necessary for successful advocacy efforts in individual countries.  And while we have to know our rights, we shouldn’t limit ourselves to talking about rights. We need to talk about the value of food, because food is easiest entry point for indigenous youth to rediscover the value of their heritage.”

Megumi Watanbe, President of Slow Food Nippon, felt the event marked a turning point in the evolution of the organization. “In Japan there is a lot of sensitivity to the question of indigenous people, even within Slow Food Nippon there have been people who didn’t understand the importance of empowering indigenous people. We need to keep advocating, and we do so by educating young people. This includes our own young activists, who went through a six-month learning journey on the Ainu and Ryukyu peoples prior to this event. We aim to change the entire public mentality towards indigenous people in Japan.”

Kyra Busch, Program Officer for the Christensen Fund, one of Indigenous Terra Madre’s key partners, said the work of the network was “critical for two reasons. Firstly as it allows indigenous people to elevate and clarify their messaging and build their capacities in a user driven environment. This motivates them to carry their work forward with depth and fire. Secondly, it creates a streamlined, unifying message to communicate externally, and it’s one which the world at large needs to hear, because it addresses all these elements that are essential for all our food systems of the future: the role of women in protecting agricultural biodiversity, for instance. We’ve seen the importance of indigenous voices in recent climate change negotiations, where the clarity of their message has had a real impact on the global approach to the problem. We need to see that with food too. ” 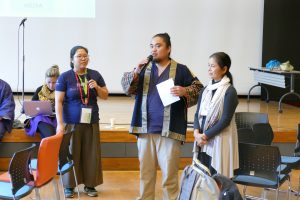 Samia Slimane of the Office of the United Nations High Commissioner for Human Rights, was pleasantly surprised: “I was not very familiar with the work of Slow Food or Indigenous Terra Madre before attending the event, but I’ve seen here how the work of Slow Food is really about human rights and the rights of indigenous peoples to their lands and traditional knowledge. There is an urgency to address these issues now more than ever as indigenous food systems are particularly vulnerable to the climate crisis, and I have seen the significance of the advocacy work that Slow Food and Indigenous Terra Madre are doing to support these fundamental rights of indigenous peoples.”

Ryoko Tahara, representative of the Ainu Women’s Assocation Menoko Mosmos which hosted the event at their Ainu Cultural Promotion Center in the hills outside Sapporo, was honored to welcome indigenous brothers and sisters from across the world. “For the Ainu people here in Sapporo, hosting this event in itself has been a moving and empowering experience, one that has brought us immense joy, as well as a loud and clear and colorful confirmation that we are not alone. We are here, together, united as one.”

As the four-day event came to a close, performances of traditional Ainu and Ryukyu music led to a mass dance which expressed, in a way that words never could, the power and the beauty of Indigenous Terra Madre. 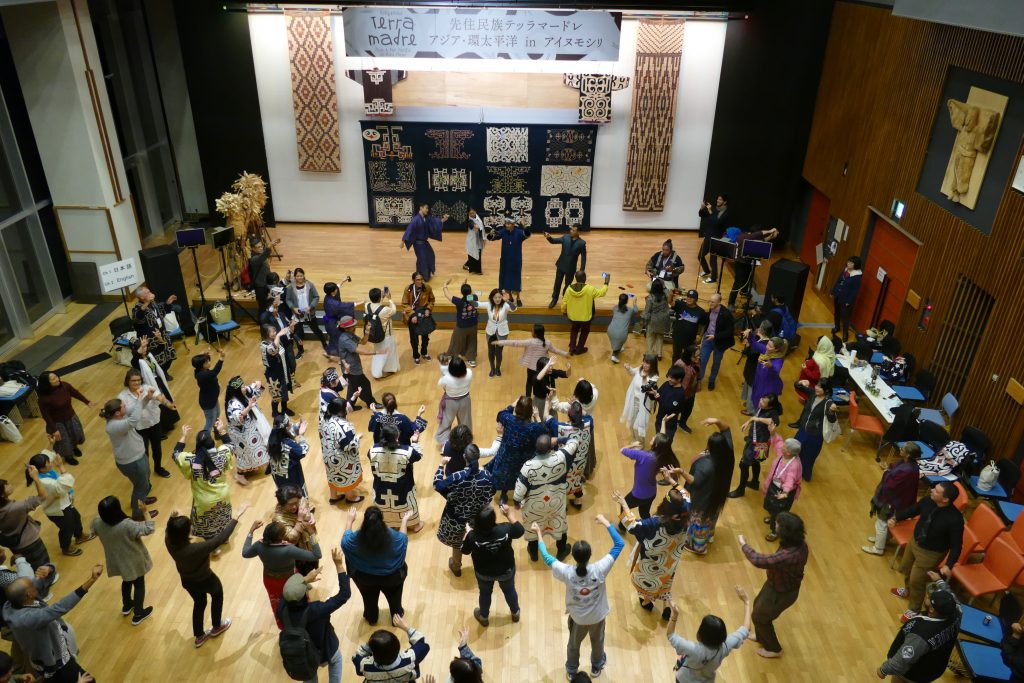 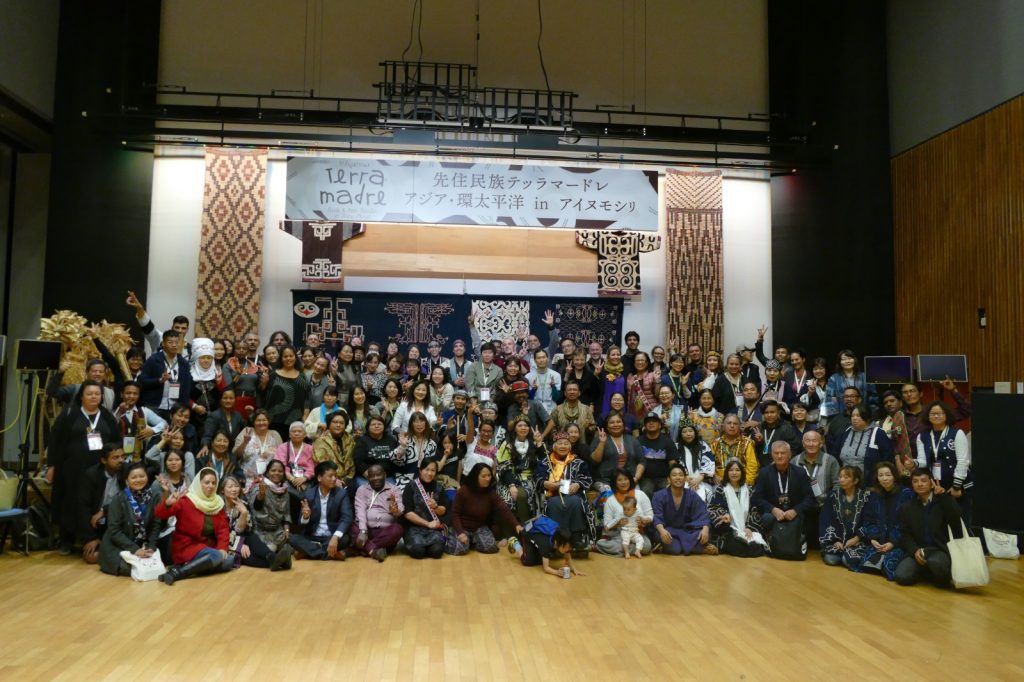