Archive » Indigenous Slow Food Journey in Jharkhand: Of the People, For the People

Often left out of the mainstream narrative, the east Indian state of Jharkhand remains a mystery to most. The state’s rich mineral deposits have made her a hotspot for extractive industries. This is affecting the indigenous peoples of Jharkhand, especially as settler populations have reduced their numbers by half since India’s independence in 1947.

Indigenous culture and identity in the region seem to be in a constant battle with the state and corporates and this has had a grave impact on their food production and consumption patterns. One of the key symptoms of this has been the loss of biodiversity and traditional culinary practices

Cultivation of commercial crops like white rice and wheat as well as an aggressively growing fast food culture have cast a severe dent on Jharkhand’s indigenous food systems. Changing eating habits are noticed particularly among the youth, who are eschewing their own food culture for fast or junk food that they consider more “exciting”. This has had an adverse effect on the health of indigenous peoples leading to growing incidences of diseases.

Having discovered Slow Food’s philosophy of good, clean and fair food for all, Tirkey saught to collaborate with us to establish a Slow Food community in the region and works to make it a force that pioneers cross-sectional impact.

“Our Slow Food community seeks to bring vulnerable people, from several walks of life, under the leadership of Ajam Emba. The encouragement we have received from Slow Food International means a lot to us,” says Tirkey, adding, “one of the major tasks before us was to reach out to indigenous communities that have continued to preserve their food culture and heritage.”

This mission took them to various villages in the Bero block – a smaller administrative unit within the district. It was here that they chanced upon the communities of the Khaksitola village, who have preserved their traditional crops (such as little millet, wild and uncultivated greens, tubers and forest fruits) and protected their natural resources along with adopting sustainable water management methods.

Incidentally, the village is also home to Baba Simon Oraon, who is popularly referred to as ‘Pani Baba’ or ‘Water Man’ and has transformed the lives of the people of Jharkhand through his water conservation efforts. He is was also awarded the Padmashree, the fourth highest civilian honor of India.

This made Khaksitola a befitting epicenter for Slow Food activities in Jharkhand. The first-ever Slow Food event, which was also supported by several other non-profits, formalized in the village and was attended by residents of five nearby villages as well as Baba Simon Oraon.

The event, dominated by women, aimed to display raw and cooked foods, which uphold Slow Food’s principles, felicitate farmers as well as discussions headed by community leaders, Ajam Emba representatives and other NGOs about the importance of protecting indigenous food systems.

“God made the sky and the land and created everything that we as humans need to survive – these millets, rice, water. It is our responsibility to take better care of what God created, “ Oraon said at the event.

In addition to the speeches, the event also served to start a conversation among participants while visiting stalls, interacting with producers as well as during the tastings. As the Slow Food community members proudly displayed their cuisine and produce, the event turned into a celebration of indigenous culture and identity.

“It’s very worrying that the new generation is gradually forgetting traditional foods. Events like this remind us of the value of our food, culture and identity and we should carry out this campaign more widely and vigorously,” says Suko Bhaktain of Khaksitola.

As the voices around the Slow Food narrative strengthened and participants picked up the words, ‘slow food’, with an unmistakably local accent, it was clear that they were now, more than before, aligning themselves with the ideology.

“It was heartening to see indigenous people across the globe fighting to protect their food, culture, biodiversity, and resources. It gives us great strength and motivation to feel connected to a worldwide phenomenon,” says Puspa Tigga, a woman leader from the community. 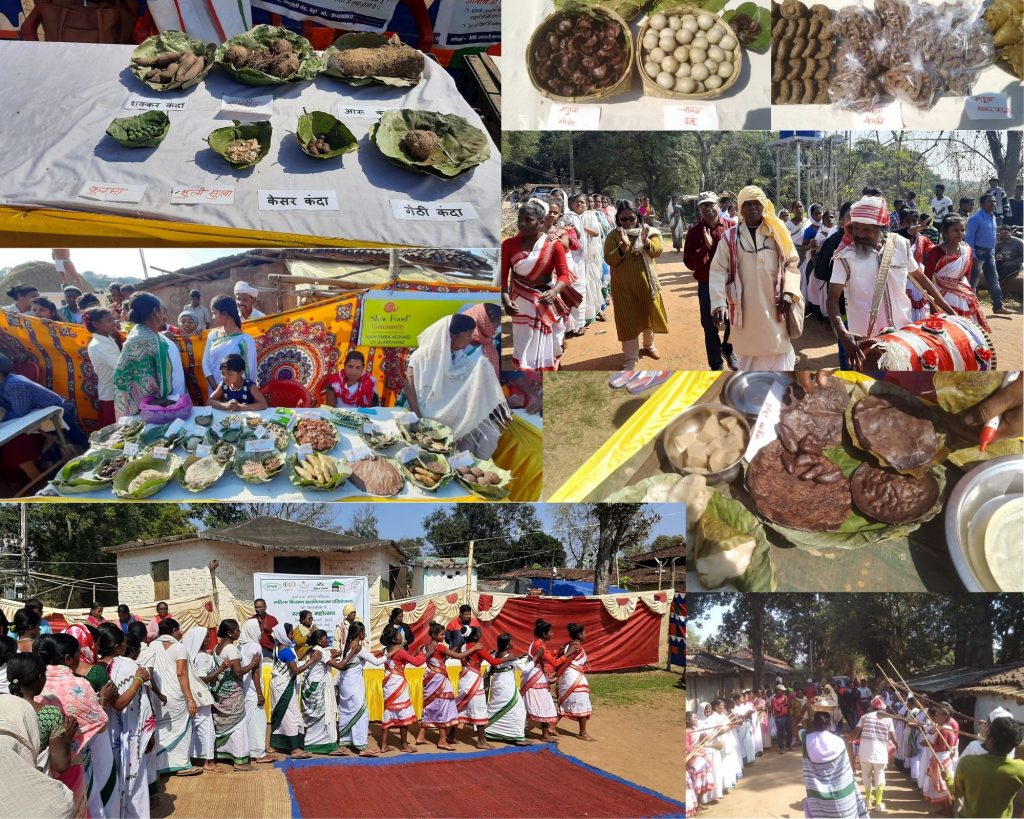