The Nahua indigenous women and their youth welcome the Indigenous Terra Madre Pueblos de America to their homeland of Tlaola, a town in the state of Puebla, Mexico.

These women have been working for almost three decades to develop and grow their local projects and their business, Mopampa. In 1992, a group of Nahua women began to grow the Chili Serrano, an autochthonous chili pepper named after the Sierra Norte in which Tlaola sits, at an altitude of around 1,000 meters. In 2007, they created the Network of Tlaola Indigenous Women Organization to further develop productive projects that improve the living conditions of women. 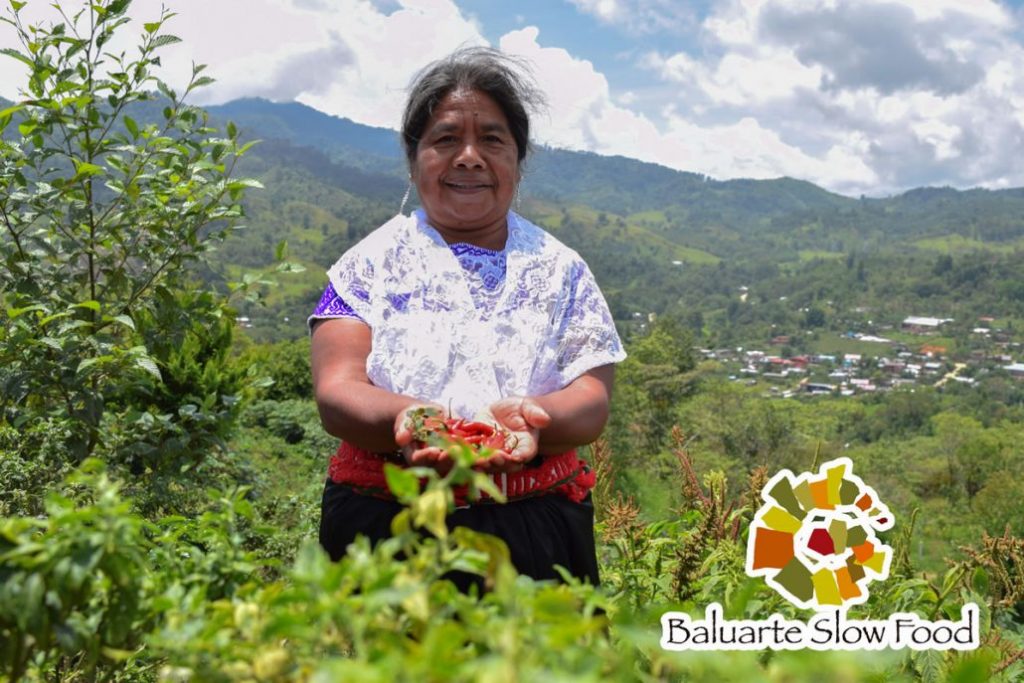 Indigenous women are vital to the protection and continuation of communities’ traditions. They transmit the ancestral wisdom to their children, and are in charge of safeguarding the traditional knowledge needed to preserve the food culture, agroecological cultivation practices, and the land. Together with the fervor and new energy of their youth, women are crucial to the survival and future of the communities.

“My mother is one of the founding members of The Mopampa project, which women from the community started with the goal to cultivate the chili serrano. Only 5 of the original members remain today, the new members are their daughters and granddaughters,” said Dali Nolasco, Indigenous Terra Madre Network Coordinator for Latin America and the Caribbean.

These women work together to break barriers and stigma about their place in their society. Their project has empowered indigenous women economically, so that they have the ability to exercise their rights to have a job, to be valued, to be independent.

“My mother taught me how to break the mold [of the indigenous woman] and I am grateful to the universe for having a courageous mom, whom I love and look up to. She had the courage to do things that at the time were banned for women. People told us, ‘don’t dare to dream, you have no possibilities and even less if you are poor or of indigenous background, don’t dream of studying and much less of owning a company of your own,’” Said Dali. 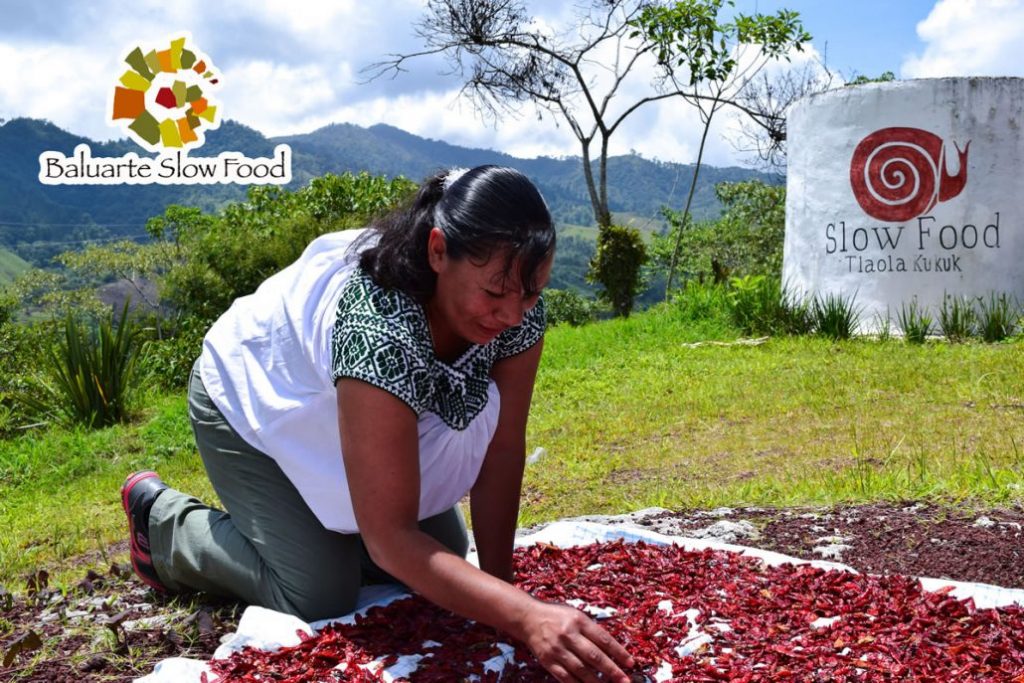 However, in the majority of cases women don’t own the land they farm, rather the land belongs to the male members of families and the society, putting women at a disadvantage when it comes to independence and sovereignty.

“Culturally we are daring to do something different, because it is prohibited for women to own a business (run and operate) . It is usually the men who are allowed or have the right to do so, so at a cultural level this makes a big impact – going against the set rules of their society – community.”

The partnership with Slow Food has amplified their voices,  goals, and mission. People from around the world can see what they are doing and that gives added value to their project in the eyes of the local community. The recognition given to Mopampa and the women who created it and those who continue to run it, gives indigenous women a real life inspiration to continue fighting for their rights.

“I believe we are paving the road for those who come after us, and Mopampa’s goal is to improve our lives and the lives of others, because I don’t want other women to live with the abuse that I have suffered.”

In 2016, Slow Food established the Presidia of Chili Serrano, with the help of the Nahua women. The presidia aims to support the Nahua food heritage as a means to fight against poverty and discrimination in Tlaola, Mexico. Protecting the chile serrano through sustainable and agro-ecological practices has paved a way toward independence and equality for the women of Tloala.

Indigenous Terra Madre Pueblos de América will take place from February 21 to 24, 2020, in the Nahua indigenous community of Tlaola (Puebla – Mexico). It will be the first international Slow Food meeting of indigenous peoples of the American continent. The central theme of the event will be the role of indigenous women and youth in the protection of traditional food systems. The event is organized by the Nahuas women and youth who safeguard the Slow Food Ark of Taste of the Serrano de Tlaola Chile, (created in 2016 to preserve the native seed of the Serrano Chile and achieve recognition for the indigenous women’s role in peasant labor), together with the Network of Tlaola indigenous women’s organizations (created to develop productive projects that improve the living conditions of women), alongside the Slow Food Mexico, the Indigenous Terra Madre network and Slow Food.