Slow Food believes that defending biodiversity also means defending cultural diversity. The rights of indigenous peoples to control their land, to grow food and breed livestock, to hunt, fish and gather according to their own needs and decisions is fundamental in order to protect their livelihoods and defend the biodiversity of native animal breeds and plant varieties.

The survival of indigenous peoples is proof of the resilience of these traditional societies, held together by their identity—their cultures, languages and traditions are linked to geographical areas and the historical links with the environment that they inhabit and depend on.

Today, indigenous peoples are fighting against land and water grabbing, cultural erosion, social discrimination and economic marginalization. Slow Food supports their efforts by highlighting the different communities around the world, and bringing them together through events that honor their ancestry and heritage. The following communities are a small sample of the cultural diversity fighting for a good, clean, fair food system. 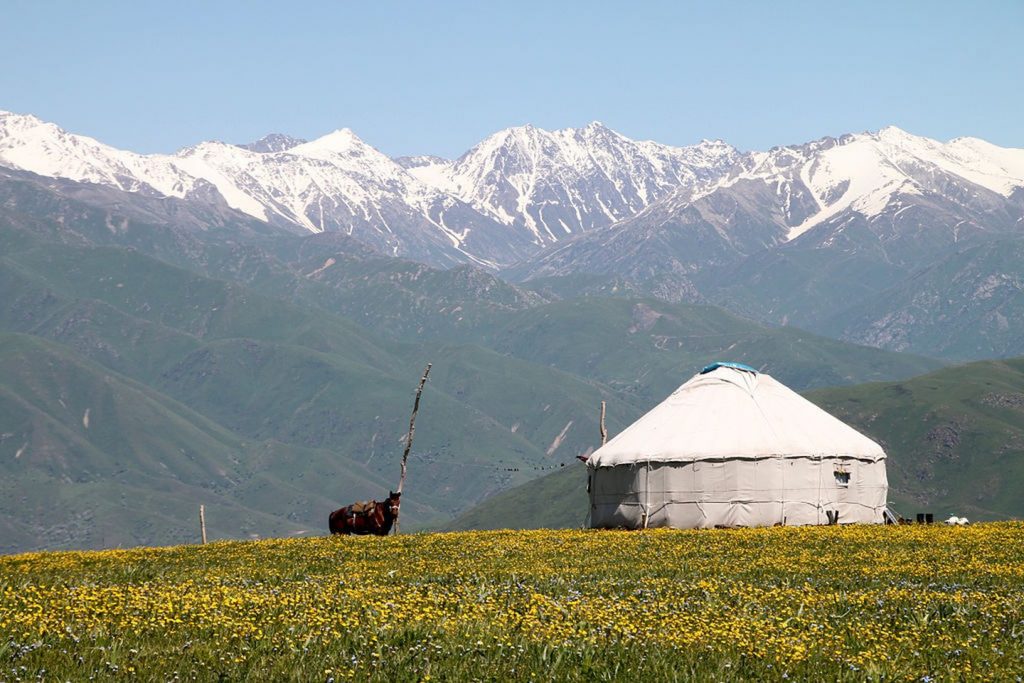 Located in south of Eastern Siberia, just north of Mongolia, and bordered by pristine landscapes of high mountains surrounding Lake Baikal, the indigenous people of Buryat Republic follow a respectful relationship with nature, peacefully coexisting with their environment as their people has done for thousands of years.

A Slow Food community was created to preserve and promote the traditional products of the indigenous people of the Republic of Buryatia. Their goal is to support local producers, including assisting in the marketing and promotion of their products. They want to educate the public about the benefits of natural products, especially as the nearby cities become more urbanized.

They developed the “Tasty Traditions of Buryatia” program to revive and preserve ancient recipes of the indigenous peoples, activating community members to create groups of activists in regions of the Republic to search for recipes.

“For the same purpose, we intend to attract specialists – local historians. Then, the recipes will be implemented on production sites, under the supervision of technologists and nutritionists. Finished products can get instant access to the Republic’s market with the help of the trade and production company “All you from Baikal,” providing information to a wide audience.”

The goal to raise awareness about the importance of preserving indigenous communities and their ancestral knowledge goes across the region and into the Khabarovsk region, near the Okhotsk Sea. Preserving the culture, traditions, history of the indigenous people of the Amur Region and Okhotsk, environmental education of the younger generation, the development of eco-and ethnic tourism, event-based domestic tourism, promotion of a healthy lifestyle and healthy eating, interaction with authorities, with public institutions, the development of civil society in the Khabarovsk Territory.

Members of the Slow Food Community of Kapuas Hulu, about 120 people, come from several villages that are actively managing local natural resources through agriculture, fish and honey management as well as preserving forests to protect their water sources and cultural identity.

The people in Nanga Yen Village, Maleyu tribe of 50, are a group of ethnic Malays who live in tropical forest with mineral soil. They process Tengkawang seeds into ‘green butter’ for cooking. They also actively plant rice in rice fields and cultivate vegetable crops. Their goal is to protect the forest in the village, so that they can provide the water needed for their farming business. In addition, to protecting the production of Tengkawang seeds through agroecological practices, and support of Slow Food Presidia. 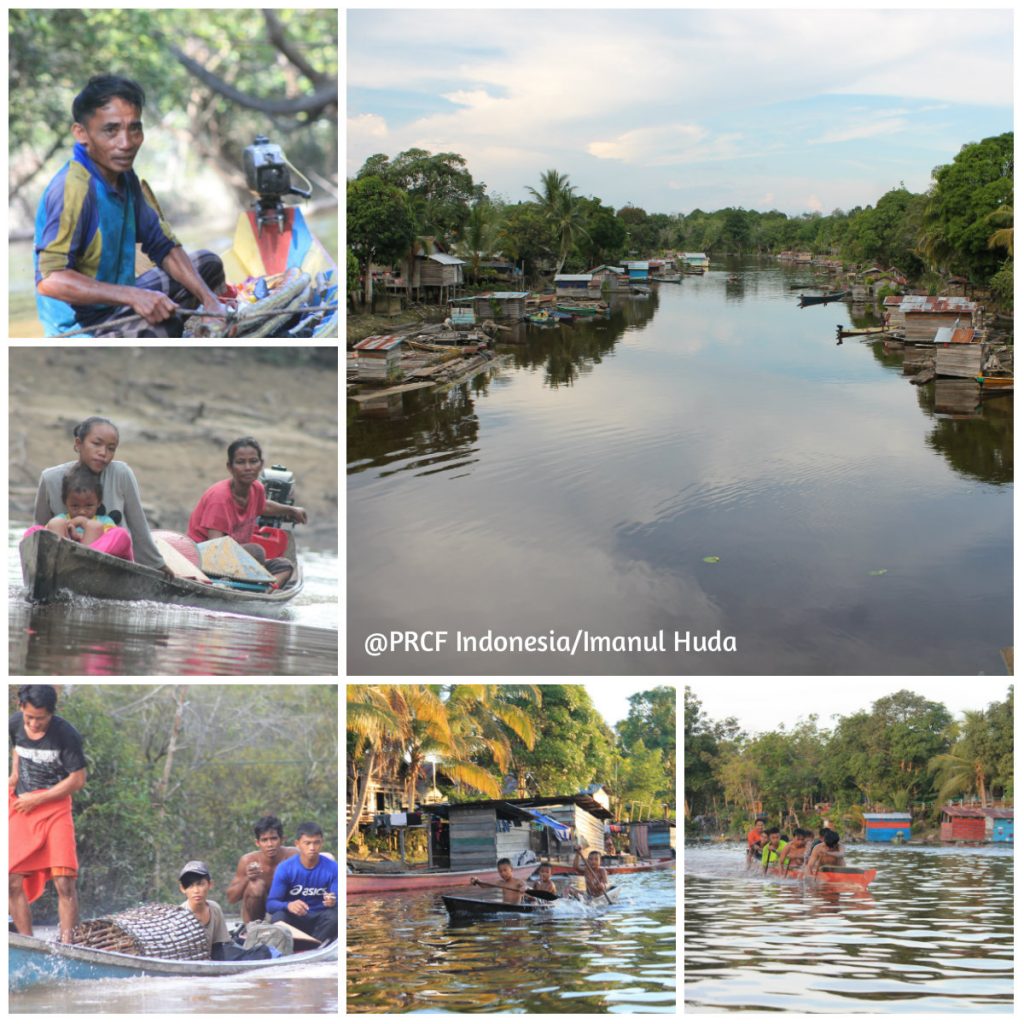 The people in Nanga Lauk (Maleyu tribe 20 people) Village, another ethnic Malayan group who live in the peat swamp ecosystem. They understand the work of the ecosystem and the importance of a healthy forest to continue harvesting honey and fish sustainably. They manage the forest responsibly and sustainably to ensure its survival for future generations. Because of this, in 2017 the people of Nanga Lauk Village obtained the Village Forest Management Right of 1,430 hectares for 35 years by the government (Minister of Environment and Forestry of the Republic of Indonesia).

The people in Tanjung Village are a group of 50 ethnic Surak Dayaks who live in the upper reaches of the Suruk River. They are the guardians of the spring that provide livelihoods for villages downstream of the river. The existing forest has a strong socio-cultural importance and a rooted relationship in the lives of Dayak Suruk, with hundreds of years of history and ancestry embedded in the trees, leaves and soils of the forest where their dead has been buried, and the new generations continue to live. Thanks to their strong commitment to the forest, in 2015 they received 2,520 hectares of Village Forest Management Rights granted by the government for 35 years through the Village Forest scheme.

Segbwema is a small town of around 1000 inhabitants located on the banks of the Maleh River. Members are mostly farmers on subsistence bases. One of Segbwema unique features is that it is home to Guinea fowl, a usually wild animal, which they have managed to domesticate. The population of Segbwema is ethnically diverse, though the Mende people make up the majority of the population. Their goal is to promote local foods, traditional gastronomy and sustainable food production; and through organic farming thereby establish and maintain soil-plant, plant-animal, and animal-soil interdependence, and to create a sustainable agroecological system based on local resources, approaching with this mindset the concept of functional integrity of systems.

The newly born Slow Food community is made up of 25 members including young and old. Sierra Leone is one of the poorest countries in the world and faces multiple risks from climate change that threaten key economic sectors, and increase the potential for wider environmental degradation. High dependence on agriculture and natural resources, coupled with high rates of poverty, unemployment and environmental degradation, leave Sierra Leone vulnerable to climate change impacts, threatening biodiversity by altering habitats and modifying the equilibrium of key species.

Other goals to improve the lives of the community include developing renewable energy policies, to lower costs and emissions, and create jobs.

“Addressing global warming could help lessen the harm to our ecosystems that now provide us with multiple benefits. For example, rising seas threaten coastal barrier reefs, which protect our communities from storm surges, and wetlands, which filter impurities from our water. Our community believes that individual actions matter. Our actions can create ripple effects that inspire and motivate collective actions, moving us towards the systemic change we need to tackle an issue like climate change will be good, clean and fair to everyone for sustainable living”. Fatmata Mansaray

Located in near the Xingu River in north Brazil, the Juruna people have fought for decades the advancement of invasive extractive projects. In 2014, the lost a thirty year battle against the Belo Monte Dam, which cleared forest threatening biodiversity and water supplies. The Slow Food community was created with the goal to promote the local economy, especially after the building of the dam finished and the promised jobs it created vanished. The members want to market and generate income for indigenous farmers who produce various types of food derived from cassava, which is a traditional food. 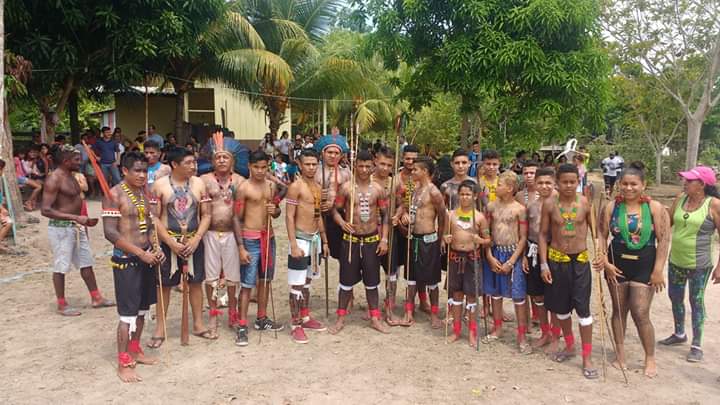 Cassava derivatives are a type of food used for millennia by pre-Columbian peoples, and today an incontestable source of income for all indigenous peoples. We give our guarantee that our food is clean and fair, grown in a traditional way.

“We designate an exclusive planting area of Cassava. We are in discussions with our employees to be able to generate various products that can serve the market in general. Develop a suitable packaging to market our products,” Jose Amaury Camizão

Indigenous people in Brazil are suffering greatly from the rapid expansion of industry into the untouched forestlands they inhabit; from hydroelectric, to mining, logging and industrial agriculture.

Join Slow Food in the fight to protect biodiversity and cultural diversity around the world. Create a community to protect one piece of this earth, all together can make a better world.