Archive » India: a land of gifts and burden

“Agriculture is the most healthful, most useful and most noble employment of man,” as George Washington once said. Yet these words of wisdom have not percolated through the complex web of policies, debts and diminishing land that characterize the Indian Agricultural System today. The statistics hit hard: over a quarter million Indian farmers have committed suicide over the last 21 years.

India is primarily an agrarian economy – with 70% of the population living in rural areas and 60% of its workforce engaged in agriculture. While two-thirds of India’s 1.3 billion population depends on agriculture and farming for their livelihood, the sector only accounts for 14 percent of the country’s entire GDP.1 The “how’s” and “why’s” of this contradictory situation should be of interest to all of us, not least Slow Food.

Let’s back up a little bit and talk about the agricultural set up in India.

A large, unstructured agrarian economy, Indian farmers depend on loans (from money lenders, the government) for seeds, pesticides and various other inputs for their produce. Interest rates on these loans are usually high and more often than not, the earnings from produce do not exceed the cost of cultivation – leaving many farmers in debt. The other problem faced by a large population dependent on agricultural produce is availability of land; and there has been much debate over the country’s land acquisition laws in recent times.

Since 1951, the per capita availability of land has declined by 70%, from 0.5 hectares to 0.15 hectares in 2011, and is likely to decline further, according to many sources.2 It becomes difficult to use certain kinds of machinery on small farms and most farm owners are trapped in a debt cycle wherein they cannot afford the appropriate machinery for their small farms which affects the quality of their produce, pushes prices down, and increases debt. 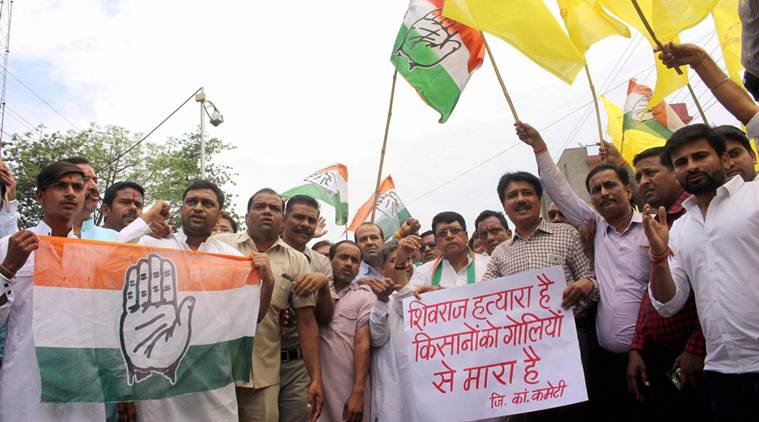 Farmers also have to rely on middlemen at ‘mandis’ (fruit & vegetable markets) to sell their produce, who take hefty commissions – further impoverishing the farmers. At the same time, given the poor infrastructure, road conditions and bad weather in India – transit times are long, often leading fruit and vegetables to perish before they reach the market.

The government too, has a role to play in the current plight of farmers in India. The Minimum Support Price is often not met and the crash in prices, coupled with demonetization—a move made by the government in November 2016 that nullified 86% of India’s currency—left farmers stripped of cash. Governments buy agricultural produce from farmers, which are then sold through a public distribution system. However, farmers complain that the process takes over a month and receipt of payments even longer. These are just some of the ripple effects of demonetization that are still being felt among the rural population.

Usually, by June, farmers hope to have prepared their fields for the monsoons but the lack of cash has left many helpless, with barely any money to sow. In this situation, farmers often turn for loans – thus further perpetuating and consolidating the vicious debt cycle which leads to farmer suicides.

The last and most pressing concern for Indian agriculture is changing weather patterns as a result of climate change. The irrigation sector in India is afflicted by corruption and red tape, resulting in a number of unfinished projects and poor irrigation systems – leaving a lot of farmers largely dependent on rainfall for their produce. Extreme and unpredictable weather events such as major droughts and, on the opposite side of the coin, heavy floods, are enormously damaging to the harvest.

As a result of these various issues plaguing the sector, frustrated farmers recently took to protests and strikes in parts of India—particularly in Maharashtra and Madhya Pradesh—demanding loan waivers and better prices for their produce. The strikes caused a scarcity of fresh fruits and vegetables in markets across the state of Maharashtra, resulting in sky-high prices for basic necessities like onions & tomatoes—which became unaffordable for the middle class population.

The protests turned violent when five farmers in Madhya Pradesh were shot dead by police3 – an incident that sets an ugly precedent and which Slow Food condemns in the strongest terms.

As of June 11, 2017, the Maharashtra government has agreed to waive up to $4.75 billion in loans held by farmers4, but will that be enough to end this recurring crisis? The Indian Agricultural Crisis has deeply-rooted causes: faulty policies, poor infrastructure facilities and most importantly, a lack of respect for the work of farmers.

In India, the majority of food that is brought to the table has its origins in the beautiful farmland in Madhya Pradesh, Maharashtra, Punjab, Kerala or Telangana; as a result of the farmers’ tireless efforts under the beaming sun. The question we need to pose is: where will our food come from if these farmers slowly cease to exist?