Archive » In Search of the Food Biodiversity that lies beyond the Rice Terraces of the Cordillera!

With the launch of field activities of the Food and Tourism for Mountain Development in Ifugao and Benguet Provinces, it is evident that there is more to the Cordillera than heirloom rice terraces!

One of the world’s greatest challenges is to secure access for all to adequate supplies of food that is healthy, safe, and of high quality, and to do so in an environmentally sustainable manner. To achieve the necessary improvements, a sustainable management of natural capital must be at the forefront of the major goals of food production systems. Resilient environments, sustainable production practices and the protection of agrobiodiversity can serve as avenues to improve dietary diversity and quality and, in turn, generating income for sustainable small holder farmers, at the same time as aiding in the restoration and preservation of ecosystem. 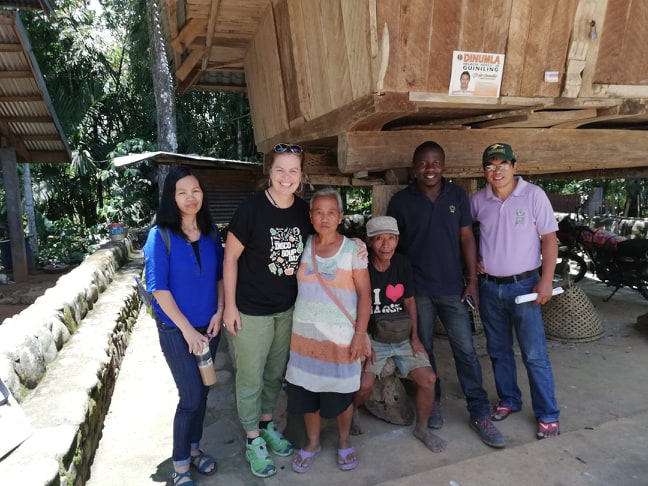 Slow Food Travel rather than being a project specifically focused on boosting tourism is based on the understanding that national and international tourism can act as a leverage for achieving strengthened livelihoods for smallholder farmers, enhancing rural development and aiding in the fight against rural depopulation as well as in the preservation of agricultural biodiversity.

The majority of tourists, both international and domestic, travel to the Cordillera to visit one of the 5 clusters of the Ifugao Rice Terraces, that were declared as UNESCO World Heritage sites in 1995. They were declared as the epitomy of the absolute blending of the physical, socio cultural, economic, religious and political environment! A true reflection of the depth of the Ifugao ethnic group, a minority community that has occupied these mountains for centuries.

However, due to modernization, the site was placed on the list of UNESCO World Heritage Sites in DANGER from 2001 to 2012, with more than 25 percent of the declared terraces having been abandoned and deteriorated. Since then strong efforts from local and national governments and institutions have been made to rectify those concerns. It is however noted that one of the main reasons for the continued deterioration is that the “value of the rice terraces” for the locals is now primarily in tourism, rather than the rice being a staple and necessary food source highly integrated with the traditional life and knowledge system.

It is also for these reason that UN Mountain Partnership Secretariat, Slow Food and the Philippines’ Department of Tourism-Cordillera Administrative Region (DoT–CAR) have jointly developed a new pilot called “Food & Tourism for Mountain Development”. The first stage of the project commenced last month with an intensive food biodiversity mapping exercise in four municipalities of Ifugao Province: Banaue, Hingyon, Hungduan and Kiangan and 3 in Benguet Province: Tublay, Itogon and La Trinidad to understand what foods and their sources remain within the traditional life and knowledge system of the communities. 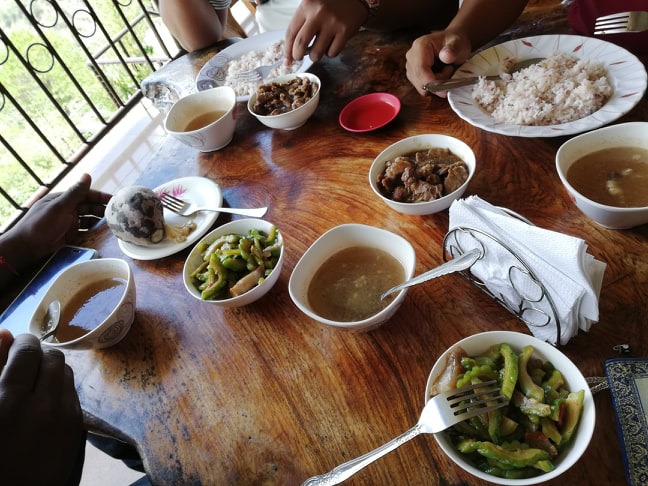 It was refreshing to see and hear the stories recited continued to show a depth and understanding of what foods can grow in what areas when and with what and what the purpose of the plants have both on the soil and other organisms and of course when and how they are to be cooked and for what that has been learnt over generations!

So far, over 40 plants were identified many with common purposes but different names dependent upon the language of the peoples: Igorot and or Ifugan.

Activities will continue throughout the next months and hopefully this project will act as an important source of knowledge in order to develop best practices and solutions linked to the valorisation of sustainable production systems, the protection and valorisation of bio-cultural diversity and innovative mechanisms need to re-internalise positive externalities while ensuring more robust rural livelihoods