Archive » In a historic moment for Latin America, an indigenous Mapuche scholar will lead the construction of a new Chile

In pursuit of greater equality of rights and social welfare, Chile will draft a new Constitution in response to the crisis that sparked a wave of protests in October 2019 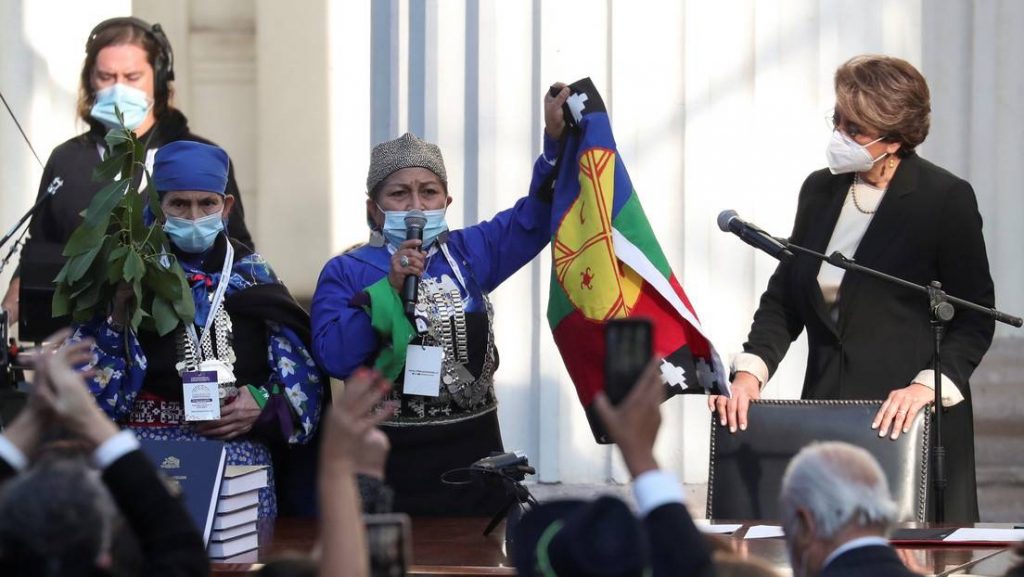 On Sunday July 4, the university professor, linguist and Mapuche activist Elisa Loncón was elected President of a new Chilean constitutional body. This Constitutional Convention will have 365 days to draft a new Constitution in response to the new Chilean social situation. The current constitution, a vestige of Augusto Pinochet’s dictatorship, has been in force since 1981.

Andrea Cisterna Araya, a Chilean farmer, activist and member of the Slow Food Community Bajo Huasco, explains the importance of this event for the Chilean people:

“It is an important event in our history because it marks a profound structural and political change that breaks with Pinochet’s Constitution. Once and for all, with this action, all traces of Pinochet will be broken; with this constitutional election a new Chile was born, a Chile where indigenous peoples and women’s rights are vindicated.”

“The consequences of the election are not limited to Chile,” says Dalí Nolasco – board member of the Slow Food network of indigenous peoples in Latin America and the Caribbean, Indigenous Terra Madre.

“This event is a milestone for the history of indigenous peoples and, most of all, for indigenous women in Latin America. This is because, in addition to the great gender parity among its members (77 women and 78 men), the group that will be led by Loncón has had 17 seats reserved for the ten native Chilean nations, making it the largest international representation of indigenous peoples in an assembly of this type. A huge door has just opened for other indigenous and Latin American women. This is a good start to the process of breaking the political and social glass ceilings that, for women and for indigenous women, continue to exist.”

Nolasco affirms this as a moment of hope and also a vindication of the collective and political struggles of native peoples, one which will have an impact on the way the world perceives them:

“At the political level, it also shatters the old paradigm that holds that we, indigenous peoples, are ignorant peoples, or professionally unprepared. We know that we are prepared, that we can occupy spaces and play an important role in the policies of our countries, not just for indigenous peoples but for people in general.”

Locón declared in her first speech, which she began in the Mapuche Mapudungún language:

“This achievement is for all people, from every sector and region, for all the native nations that walk beside us, for all the organizations fighting gender discrimination. This greeting is for all the women who have fought against every system of oppression.”

She also spoke about the need to change Chile’s history and transform it into a plurinational and intercultural country. The results of this election may be seen as a symbolic and historic moment on a worldwide level.