Archive » I just want chocolate, but which one to choose?

Every Easter, year after year, the search for one of the world’s most consumed sweet ever increases. But do you know where this chocolate you consume or give as a gift comes from?

“My grandfather never ate chocolate. He died without knowing what taste it has.” These are the words of the agroecological producer Edivaldo dos Santos, at the beginning of “Dois Riachões, Cacau e Liberdade”, a documentary directed by Fellipe Abreu and Patrícia Moll. It is the motto of the daily struggle of Dois Riachões land reform settlement residents, which is also part of Cacau Cabruca do Sul da Bahia (Southern Bahia Cabruca Cocoa) Slow Food Presidium. 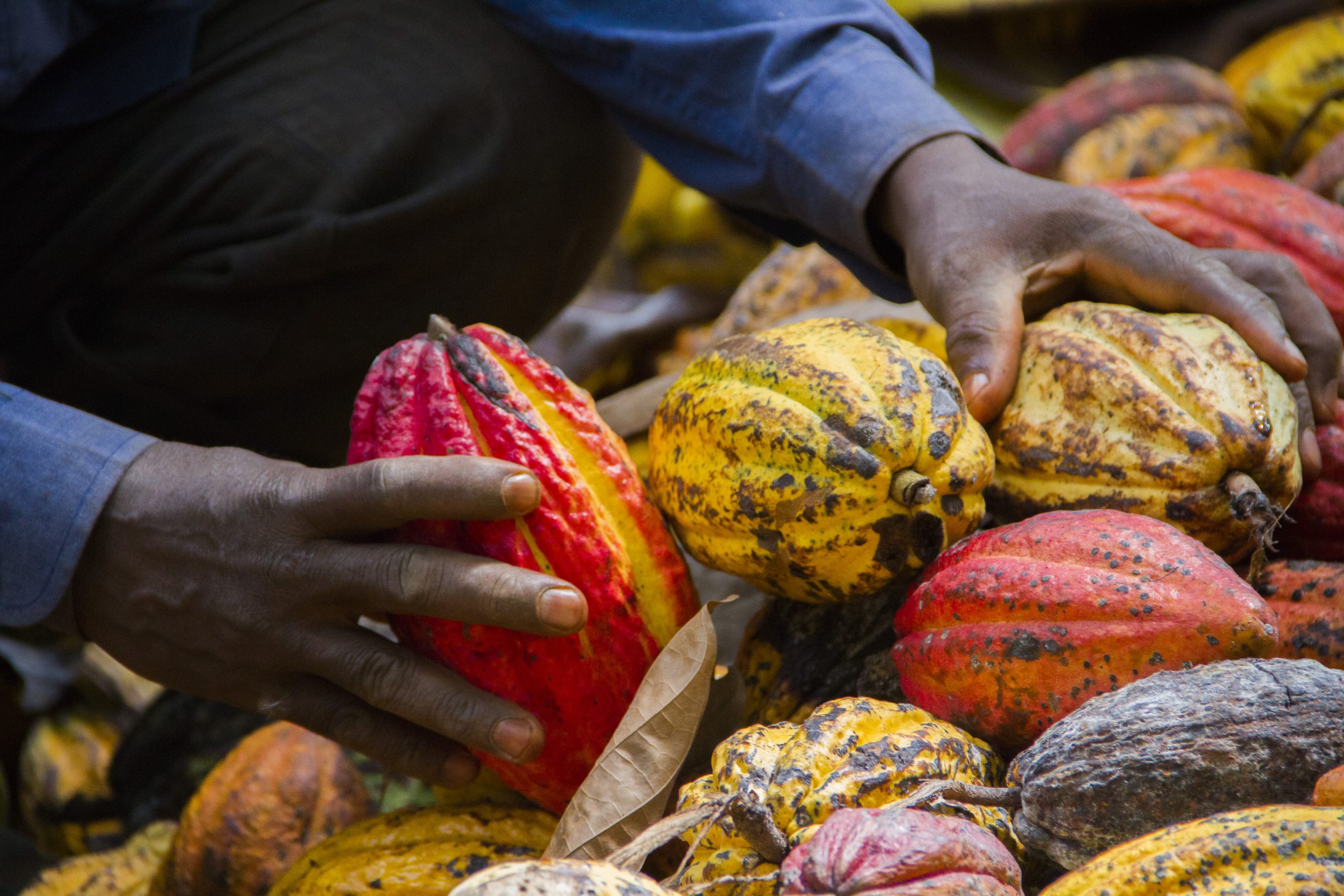 For a long time, in that region, to taste the by-product of the Amazonic fruit was an exclusive privilege of colonels, as commented by Wanderson Oliveira, responsible for the local chocolate factory, launched at the end of 2020. Nowadays, one of the greatest joys is that part of the chocolate that they produce can be consumed by the community. He remembers satisfied, “The first chocolate we made used Edivaldo’s cocoa and we gave everything to him. In less than one week, there was nothing left.”

In addition to commercializing local chocolate in the region’s trade fairs, in organic points and by direct selling, “Dois Riachões” cocoa can be also found on Amma and Kalapa Chocolate – famous brazilian agroecological chocolate brands.

In the north of the country, in the Colônia Chicano Community, in Santa Bárbara, Belém metropolitan region (Pará state), since 2014, the cocoa specialist César de Mendes (aka De Mendes) gets into the forest almost daily, searching for the  Amazonic chocolate flavor, and works with traditional and indigenous communities.

“Chocolate is a way to tell these people’s stories, their role in the great urban centers and in the conservation of the forests and the planet”, he says. 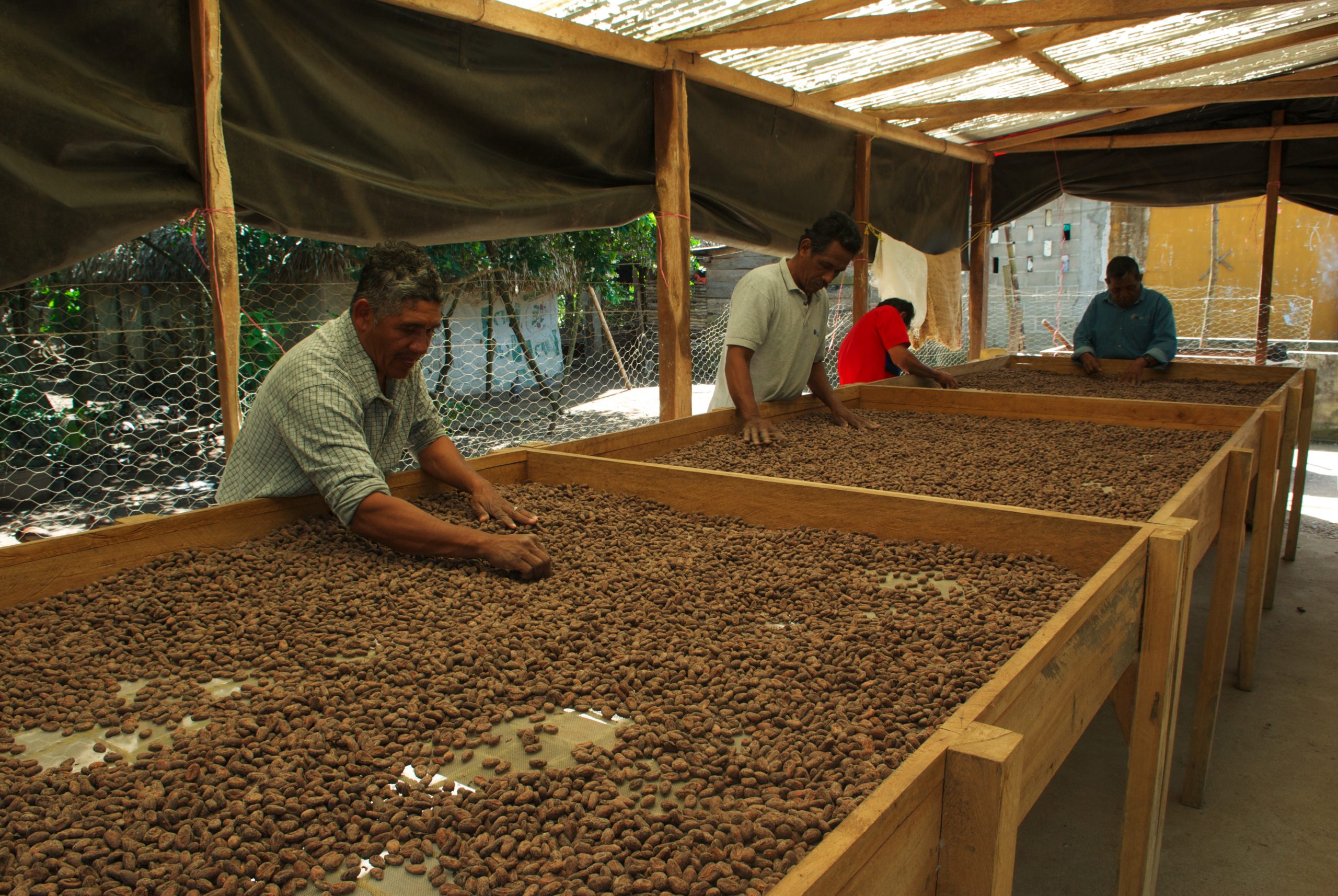 Today, De Mendes company processes two cocoa varieties and one of cupuaçu, in partnership with quilombolas (descendants and remnants of communities formed by enslaved black people in Brazil), riverside population and indigenous people. “It’s a taste language, we try to connect flavor to the territory. It’s a socio-environmental aggregation, not only from sophisticated techniques”, complements the chocolate maker.

In that same year of 2014, Arcelia Gallardo, chocolatier and small farmer’s daughter, moved from California to Brazil to stay closer to her passion: chocolate. In Mission Chocolate, besides prioritizing cocoa of origin, she values the use of other local sociobiodiversity products to compose the most different flavors. “When I was searching for fruits and nuts to put in the chocolate, I got onboard  in a deep study about Brazil. I wanted to know which was the best form to use different kinds of  ingredients in the chocolate, and if people would like it”, tells Arcelia. The result was the product line “Biomas” (biomes, in portuguese), which counts with five bars that contains baru, umbu, guava, orange and cupuaçu. And the ingredients’ origin is essential, “If I find a good input I need to know the cooperative, where it comes from, the family, the people involved”, comments Gallardo, who uses umbu – from the Slow Food Presidium, which is produced by Coopercuc, a family farming cooperative based in  Bahia – for the 70% intense chocolate with bites of this Caatinga fruit, and baru from Sítio Boca do Mato (from Goiás), to 70% intense chocolate with nuts and also to the production of a creamy bar.

This is all part of the “taste language”, which De Mendes referred to, resulting in a product that carries stories, flavors and peculiarities of each people and territory, through products that enhance sociobiodiversity. It is the food chain of “good, clean and fair” – from the forest to the tree, and from the bean to bar.

So, have you already decided which chocolate do you want for Easter?

Here you can read the full original article by Slow Food Brazil.