A multimedia report by journalists Monica Pelliccia and Adelina Zarlenga and photographer Daniela Frechero uses four stories from Italy and India to show the impact of fewer bees on our diets and our health.

Something that affects every single one of us—food—is being used as a way to offer a new perspective on the global problem of falling bee populations. The impact of the decline in pollinating insects on our diets and the tangible, daily consequences for our health, the environment and biodiversity are the driving forces behind the Hunger For Bees journalism project, winner of an “Innovation in Development Reporting” award from the European Journalism Centre. The investigation—transformed into a multimedia report, published in Italian, Spanish and English in various publications around the world, a graphic novel and soon also a documentary—took us around Italy and India to try to find a way to explain how the reduction in bee numbers is having repercussions on the global food system and food security. Before setting out on our travels, we carried out extensive research in order to give a rigorous scientific foundation to our investigation.

According to FAO data, 75% of global crops depend entirely or in part on pollination. And over the last 50 years, the number of crops dependent on the invaluable work of pollinating insects has increased by 300%. In a study published in the prestigious journal The Lancet, Harvard University researchers showed how without bees, developing countries could see a one-third reduction of food production, with a significant impact on human health thanks to a lack of micronutrients like vitamin A, iron and folic acid. In essence, without the indispensable activity of pollinators, around 71 million people could suffer from malnutrition due to vitamin A deficiency, with a probably increase in infectious diseases and mortality, particularly among women and children. 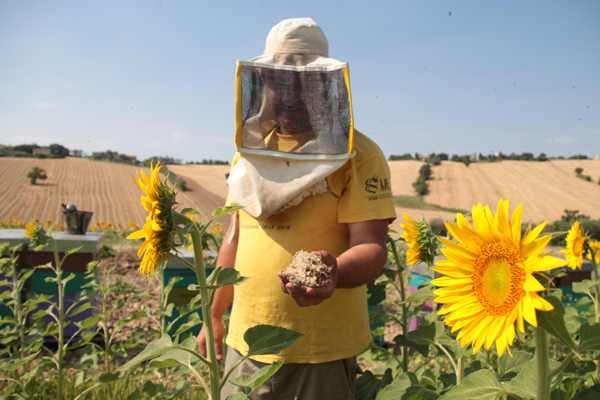 There is no one single cause for the bee die-offs. Instead, the reasons change depending on the location and the period, as we heard from University of Bologna entomologist Claudio Porrini and Agnes Rotrait, an entomology expert with the European Food Safety Agency. These synergistic causes include climate change, monocultures, inappropriate beekeeping practices, diseases and pesticides.

“In order to save the bees and thus to save ourselves it is essential that we radically change the model for agriculture,” said Serena Milano, general secretary of the Slow Food Foundation for Biodiversity, who we interviewed in Bra, Italy. “We need to give up monocultures, differentiate, leave space for uncultivated land and stop using synthetic chemical pesticides and fertilizers. It is possible to produce enough food using agricultural techniques that preserve the fertility of the land. Slow Food believes this is the way forward: difficult, because it means producing less of many different things, but able to feed humanity without damaging the planet.”

Some communities and even whole countries have already embarked on more sustainable paths. Like Malles, in the upper Venosta Valley in the Italian province of Bolzano, the first municipality in the world to have voted to ban pesticides in agriculture through a referendum. In Malles, we met one of our report’s heroes, pharmacist Johannes Fragner, a champion of the referendum and of an agriculture more attentive to food safety. Malles is a few kilometers from the border with Switzerland, where in 2018 there will be a referendum on the banning of synthetic pesticides. And France has already approved an amendment to ban neonicotinoids, linked to a law on biodiversity, that will come into force next year. 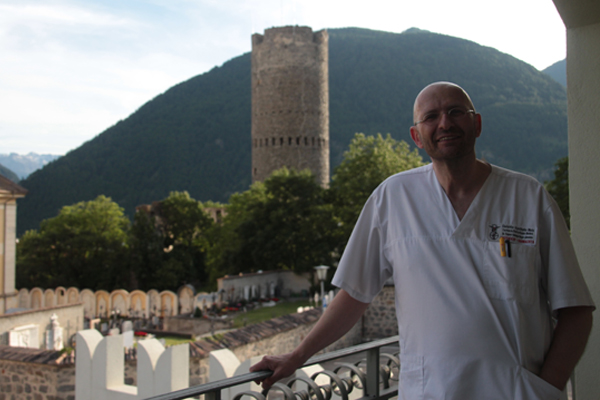 The Hunger for Bees project also took us to India, a country that without pollinators would lose a third of its output of fruits and vegetables. This could mean an annual loss estimated at $726 million. “It’s not just about the lost money, though,” says Parthib Basu, director of the Centre for Pollination Studies at the University of Calcutta. “This reduction could affect a family’s diet. It is about the loss of food—hunger, basically.” The stories of the farmers we met in India show the strong interdependence between apiculture and agriculture. Like that of Neema Ramesh Bilkule, a farmer in a remote village in the heart of the country, six hours from Mumbai. Thanks to bees, she has managed to improve the living conditions and well-being of her family: Yields of eggplant, mango and chili peppers have increased by between 30% and 60%, reducing the incidence of fevers and disease during the monsoon period and ensuring enough of a harvest that she can sell some of it at local markets. Bees can offer concrete help to Indian families who live in places like this, hit heavily by climate change and drought.

Bees are allies in agriculture in the state of Tamil Nadu, in the far south of the country, too. This relationship is the focus of research carried out by Ammasan Parthiban, a bus driver and bee enthusiast, who after seeing that thanks to beehives his tamarind yield had increased by 400% in one year decided to share this discovery with his fellow villagers in order to increase harvests and the well-being of the ecosystem. 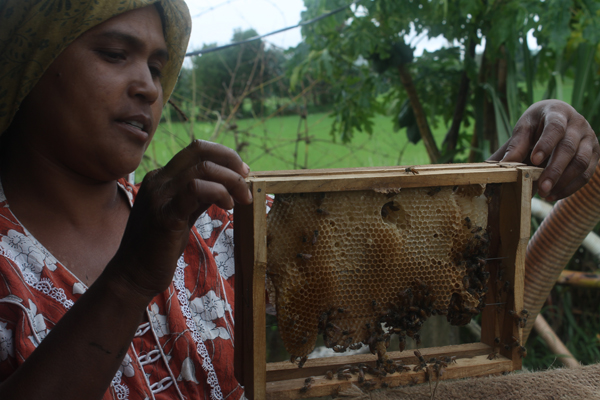 An attention towards biodiversity was the common thread running through all of our reporting, including in the last stop on our journey, Sikkim, the first Indian state to declare itself organic. A green utopia of 7,000 square kilometers located between Tibet, Nepal and Bhutan, it has just over half a million inhabitants, who live with respect for an environment that includes the world’s third-highest peak, Kanchenjunga. For over 10 years, the state has banned the use of pesticides, resulting in an increase in crop productivity and the return of wild bees, important indicators of the health of the local biodiversity.