The problem of invasive species, that migrate for climatic or logistical reaons, naturally or because of human activity, is something all the members of the Slow Fish network around the world have to contend with. 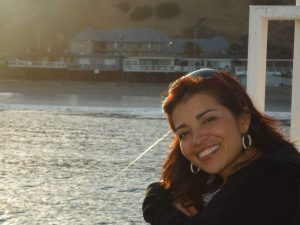 This is what  Liliana García Ramirez tell us, the program director of Amigos de Sian Ka’an in the Mexican state of Quintana Roo, who’s coming to Slow Fish to represent the Slow Fish Caribe project, which unites the countries of the Caribbean in an effort to strengthen conservation and the sustainable use of resources in protected areas.

What are the invasive species in Quintana Roo and how are they threatening the ecosystem?

Quintana Roo hosts the Mesoamerican barrier reef, which is threatened by invasive species like the red lionfish and the Amazon sailfin catfish. The red lionfish is originally from the Indo-Pacific and its first appearance in the Caribbean dates back to 2009, in coastal ecosystems (cliffs, mangroves and underwater seagrass meadows).

The Amazon sailfin catfish is from the Amazon river, and since 2014 has represented an environmental threat in the Usumacinta and Balsas river basins, as well as the Hondo river. It also puts the nearby lagoons and lakes on alert: the Chetumal, Bacalar and Sian Ka’an are all connected to each other hydrologically and are distinguished by their high rate of biodiversity and ecological integrity.

What problems do these species cause?

The continuing invasion of red lionfish in the coral reef threatens biodiversity and fishing in the region: because of how fast its numbers are growing, because it competes with the other native predators and eats young fish and crustaceans of commercial importance (like the Nassau grouper). It’s esimated that it preys upon 40 native species, of which 30 are fish.

The sailfin catfish is different because it nests in the substratum and the embankments in such a high density that it accelerates coastal erosion. It destroys vegetation, blocks sediment and displaces native species. These factors are a risk for the endemic fish which live in the Hondo river and nearby areas like the Bacalar lagoon.

Is it possible to turn these invasive species into a resource?

Enormous efforts have been made to contain the spread of the red lionfish in Quintana Roo, based on a regional strategy to control it in the coral reefs. This includes actions to commercialize its meat, the production of jewelry and furnishings with its fins, fishing tournaments and gastronomic events.

With regard to the sailfin catfish we’re a little bit behind, there are only a few organizations paying any attention to it, like Amigos de Sian Ka’an, ECOSUR and the Hondo river basin commission, but we’re making improvements. In neighboring areas like Tabasco and Chiapas the skin is used to make shoes and its meats is becoming more popular with consumers.

Slow Fish Caribe is focused primarily on three biosphere reserves:  Sian Ka’an and Banco Chichorro on the coast of Quintana Roo, Mexico, and the biosphere reserve of Seaflower in the islands San Andrés, Providencia and Santa Catalina in Colombia. The objective of the project is to promote the sustainable use of marine resources which suffer from excessive exploiation in the Caribbean ecosystem.