Archive » Herbicides are contaminating our food. Where are you eating them?

The world’s best-selling herbicide, glyphosate (commonly known by the household brand name Roundup, owned by Monsanto) is used on food crops during their growth, and then to dry them. It is particularly widely used on maize and soya crops which are genetically-modifed to tolerate Roundup. And that’s not all. Glyphosate is commonly used in parks, gardens, cemeteries and along the sides of roads and railways.

In 2015 the International Agency for Research on Cancer (IARC) highlighted a link between glyphosate and cancer, which was later rejected by the European Food Safety Authority (EFSA), which claimed that scientific evidence was insufficient. From there, an intense debate started across Europe, and as a result in the European Commission delayed its decision to renew the authorization of the chemical until the European Chemicals Agency (ECHA) had reached a final verdict on the product’s safety. The ECHA’s conclusion, which was released a little more than a month ago, declares that “available scientific evidence did not meet the criteria to classify glyphosate as a carcinogen, as a mutagen or as toxic for reproduction”, but this verdict raises numerous doubts with regards to its transparency.

In the meantime, glyphosate has begun to be investigated not only in fields and parks, but also in the food we consume and our water supply. Here we report some of the data from some of the research that has been carried out, demonstrating its pervasiveness.

In February 2016, it was reported in a paper from the Umweltinstitut München (Munich Environmental Insitute) that traces of glyphosate (between 0.46 and 29.74 micrograms per liter) had been found in some of the most famous brands of German beer. Though no legal limit exists for beer, for water the limit is 0.1 microgram, meaning that some of the beers tested contained nearly 300 times that. 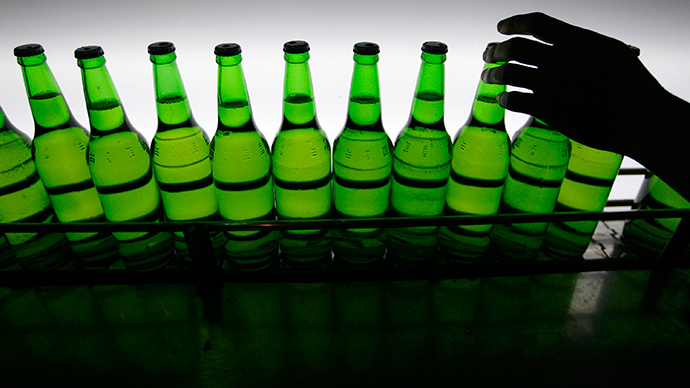 Beer isn’t the only case where high levels of glyphosate have been found. Cereals, cakes and biscuits also contain this “secret ingredient”, which has little in the way of flavor-enhancing qualities. Research conducted by Anresco Laboratories for Food Democracy Now as part of the Detox project found that a single serving of Cheerios brand of cereal had twice the level of glyphosate considered potentially harmful to human health.

In water itself, the Italian Institute for the Environmental Protection & Research (ISPRA) reported on contamination levels in the water supply from 2013-2014, finding that glyphosate levels had increased with respect to the previous two-year period, and not only that, but that the number of contaminating substances had increased too. In Lombardy and Tuscany, where monitoring was concentrated on glyphosate and one of its primary degradation products, aminomethylphosphonic acid, it was discovered that 40% of surface waters contained the former, and 70% the latter.

Slow Food supports the European Citizens’ Initiative #StopGlyphosate, which asks the European Commission to ban the use of glyphosate, reform the process of pesticide approval in the European Union, and impose binding targets on pesticide reduction. Over 500,000 people have already signed the petition.