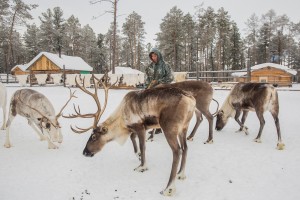 Lake Numto is one of the biggest in the Khanty-Mansi district in the Russian north. With a vast area of almost 62 square Kilometers, Numto is one of the most sacred places in the region. It is used for worship and rituals of two indigenous people of the Russian North: Khanty and Forest Nentsy.  “Num” is translated as “sky”, and “To” – as “the lake”.  According to mythology, the Supreme God had descended to this heavenly lake.

According to other legends, the lake itself is a Deity or an ancient epic hero laying on the Earth. It is prohibited to cut down trees and to gather berries on the lake islands. “The hero’s neck” (the narrow place between the bay Uhlor and the main part of the lake) is prohibited from being blocked by fishing vessels or equipment. On the “Heart of the Lake” – Saint Island – no woman has ever set foot. Wars are prohibited here. The northern indigenous people believe that those who violate the customs of their ancestors will not live long.

In the surrounding area of the lake Numto 40 families of indigenous people live in their nomad camps. They are traditionally involved mainly in deer breeding, fishing and gathering. In 1997 at the territory of Beloyarskiy region, the specially protected natural territory  “Numto” (natural park of regional level) was established. The main goal of the park was not only protection of natural and cultural environment, but also protection of natural conditions of northern indigenous people, their way of living and economic activity. The unique natural complex of the Siberian hills is a preserved territory of this park, which has great environmental, historic and ethnographic importance. 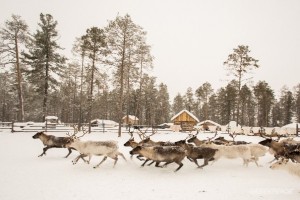 “The territory of the natural park “Numto” has very important value for traditional economic activities of indigenous peoples, – underlined ethnographer Timofei Moldanov. – Reindeer breeders still can change pastures for their deer. In Surgut region and near Kogalym it is already impossible and deer are not released on free grazing, but kept in stables. Is has nothing in common with that traditional life style, which khanty and nenets led for hundreds of years.”

Although it seems that since this territory has the specially protected status it would be protected from industry invasions. But this is not the reality. Contrary to the acting Russian legislation, under the petition of the oil company “Surgutneftegaz”, the changes of the natural park “Numto” borders and zoning are now being prepared. About 80% of the park’s area, including the zone of wetlands, are planned to be given for geological exploration, oil extraction and construction of infrastructure including roads and pipelines.

On February 25, 2016, the public hearings on the changing of the natural park “Numto” borders took place. The local population is against changing the natural park borders and of the nature protection regime at the park’s territory. But there is a big danger based on existing practice that local peoples position will not be taken into account during decision making on geological exploration and the oil extraction project. 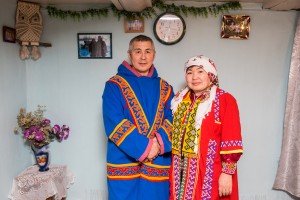 The Russian Association of Indigenous Peoples of the North, Siberia and Far East (RAIPON), 30 other organizations and 35,000 Russians have already submitted their petitions to the state bodies not to change natural park “Numto” borders. These places are home for northern indigenous people. They have no other place to go and leading another way of life would surely be their downfall.