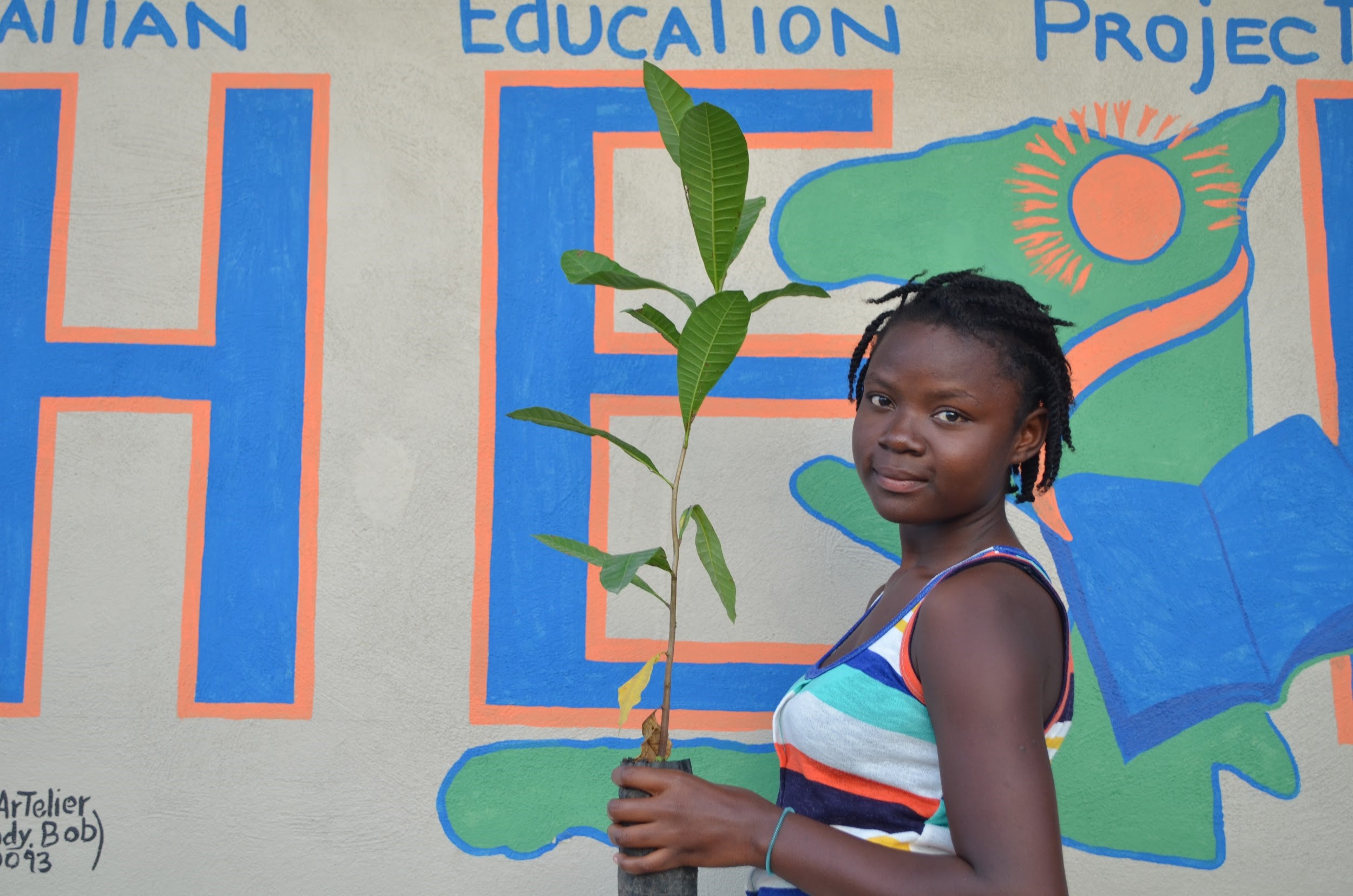 The Haitian Education Project, Inc. (HEP)* has officially launched the first ever Slow Food convivia in Haiti. As part of the inaugural launch, HEP has established convivia in four areas –Port-au-Prince, Fort-Liberté, Pétion-ville, Cap-Haïtien– with plans to launch more in the near future. Each convivium will organize events and activities that promote local consumption, agricultural biodiversity, and sustainable food production. Slow Food in Haiti Convivia will also be represented at this year’s gastronomic festival Terra Madre Salone del Gusto in Turin, Italy.

“Protecting local food cultures and traditions promotes healthy societies,” says Guy Lainé, an agricultural engineer and Regional Project Director for HEP. “Traditional agriculture reduces pollution, minimizes climate change, and cultivates a better nutritional value in the foods we consume, which is of great importance to our health. Like the old adage goes: ‘We are what we eat.’”

Haitians have been practicing traditional agriculture for more than two centuries but factors such as environmental degradation, natural disasters, and the adverse effects of globalization have contributed to the decline of the country’s agricultural productivity. HEP aims to empower Haitian farmers to increase local production through sustainable methods. The reinforcement of Haiti’s agriculture sector will not only bring an end to the food crisis, but it will also help to bolster the country’s economy.

“Slow Food’s practice of helping food communities to develop in ways that are compatible with the country’s own ecosystem and culture is why we wanted to establish the convivia,” says Laude Saint-Preux, HEP’s founder and CEO. “We are excited to partner with this organization because they share our values.”

Last month, HEP launched an agricultural project in the commune of Ferrier, in Haiti’s northeast. The project is titled, “The Amplification of the Cultivation of Tomato, Okra, Pepper and Other Vegetables.” HEP has recruited almost 200 Haitian youths to debut this project, which will benefit more than 13,000 Haitians:

HEP strongly believes in the importance of food and taste education for younger generations. As members of Slow Food, HEP Young Volunteers can promote traditional Haitian food while learning about important food issues. Students also have the opportunity to study at the University of Gastronomic Sciences in Italy.

“We are especially excited about what this partnership means for our young people. They will learn about sustainable techniques that can be used back home,” says Laude Saint-Preux. “This will move Haiti forward.”

** HEP Young Volunteers (YV) are Haitian citizens between 5 and 31 years old. As members of our grassroots operations in Haiti, they are taking action to clean up their communities, rehabilitate the environment through re-forestation and climate change solutions, serve the most vulnerable members of Haitian society, and generate solutions to some of Haiti’s economic challenges.