The lowlands of the Gran Chaco, comprising parts of Argentina, Bolivia, Brazil and Paraguay, are one of Latin America’s principal eco-regions. The magnificent white carob, chañar and mistol trees of its plains have been part of indigenous food culture since pre-Columbian times. 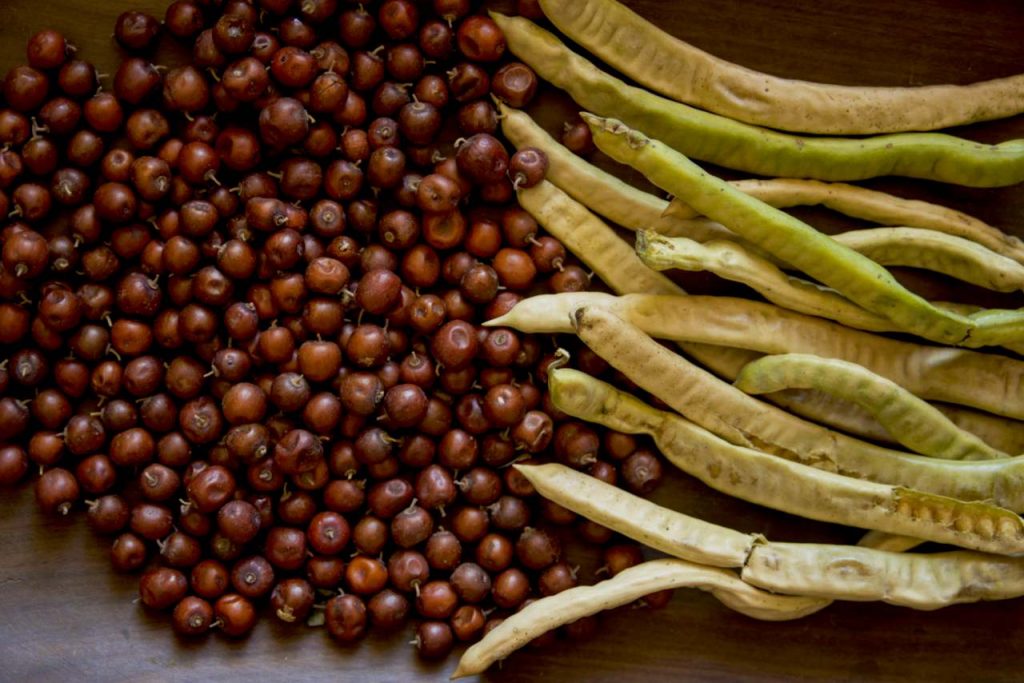 It has always been the job of women to gather their fruits. The white carob (Prosopis alba and Prosopis chilensis), in particular, yields oblong white fruits resembling bean pods. They have a yellowish skin and the pulp, which contains very hard seeds, is fleshy, composed mainly of the sugars that give it its pleasant flavor. Their flour is an important ingredient for the local communities and is used to make different types of bread and fermented drinks. In 2014, Slow Food set up its Gran Chaco Wild Fruits Presidium involving women from the Qom, Wichí, Qomle’ec and Pilagá indigenous communities. Right from the outset, the main aim of the Presidium has been to promote local recipes in the homes of indigenous people by exploiting the mountain fruits and their nutritional properties. It also processes the fruits, especially the carob, the flour of which is commercialized both locally and regionally. To encourage this activity, a processing center is being built to allow the women of the community to grind their own carob flour. Another fundamental part of the Presidium’s work is its consolidation of the role of young women in collaborating with national and international indigenous movements, such as the Terra Madre indigenous network. 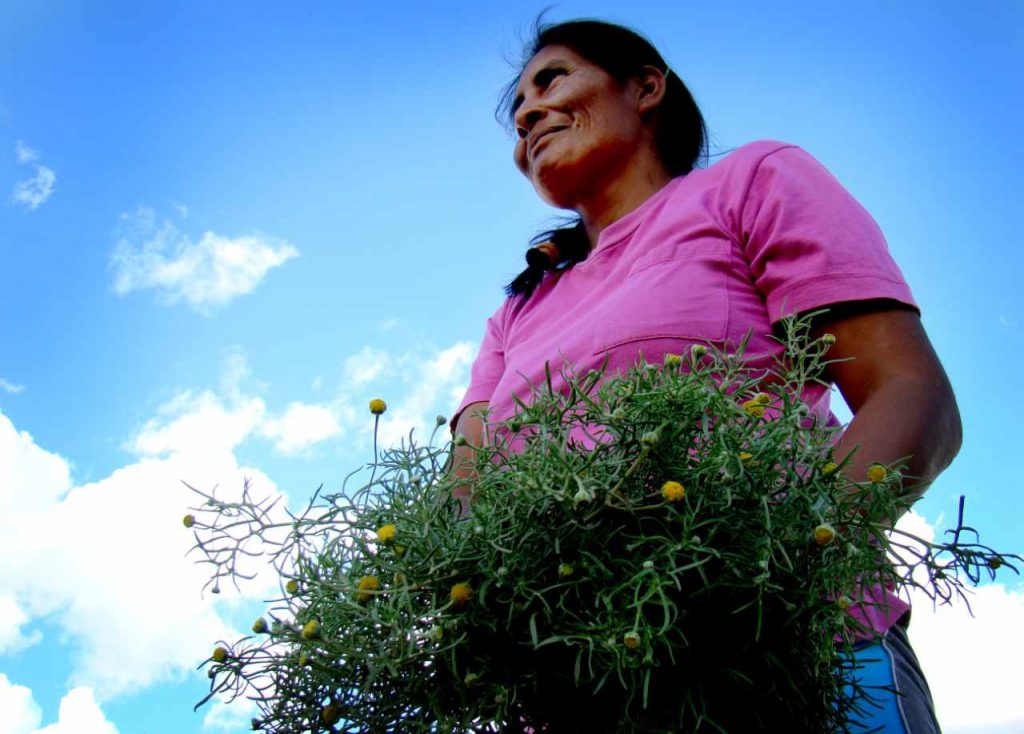 The Presidium was set up in collaboration with the Fundación Gran Chaco and the Cooperativa de Mujeres Artesanas del Gran Chaco (Co.M.Ar.) to fight the abandonment of the land, the impoverishment of the diet of the local population and the resulting consequences for its health.

We interviewed women from the Wichí del Lote 8 community in Formosa, and others from the Qomle’ec di La Rinconada community, also in Formosa, about their relationship with the Presidium. Here is what they had to say. 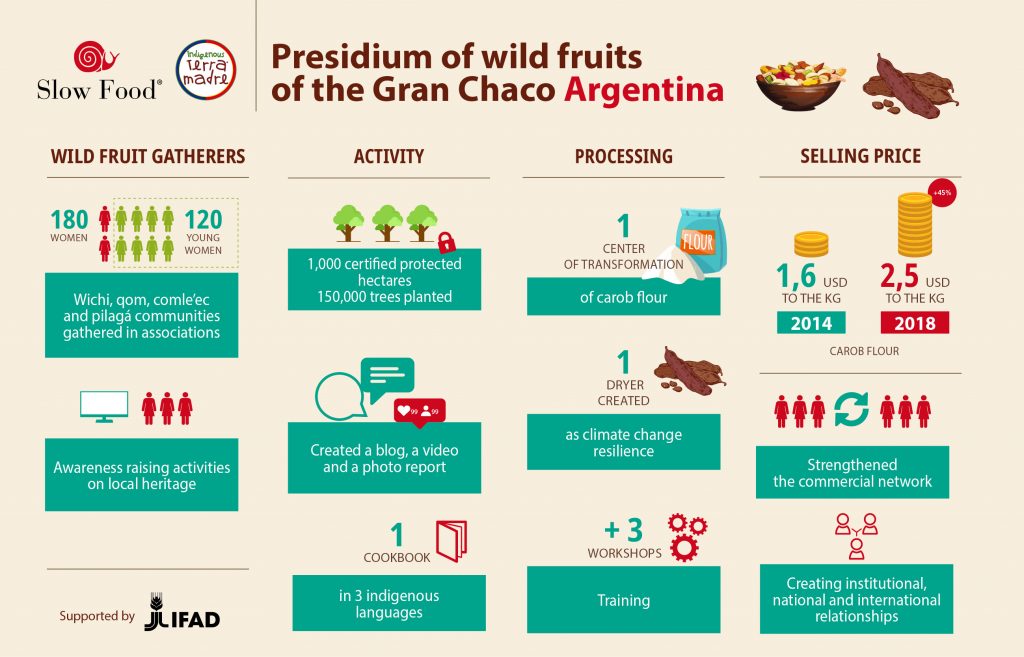 What do bush fruits and carob flour represent for women and the community?
We use the bush fruits as food not only for humans but also for livestock. Our ancestors used to eat them and they come straight from nature to our plates. Some of them we eat fresh, others we preserve. For us women they make us think of outings in the bush, all of us together, when we pick them to eat at home. Our children also go into the bush and eat the fruits and learn about their territory.

What symbolic value do the wild fruits have?
Wild fruits are very important for us, just as they were for our ancestors, who used to respect the bushes and their fruits. Today, we have to follow their example, respecting the bush and what it give us because we like the fruits and if we do so, we’ll always be able to eat them. When the carob bean harvest begins, we women gather together and meet in the mountains to chat and tell our stories and legends, while our children play. We use that opportunity to gather roots, tree bark, plants and flowers for our natural dyes and to eat the delicious fruits. We love them and a great time is had by all. 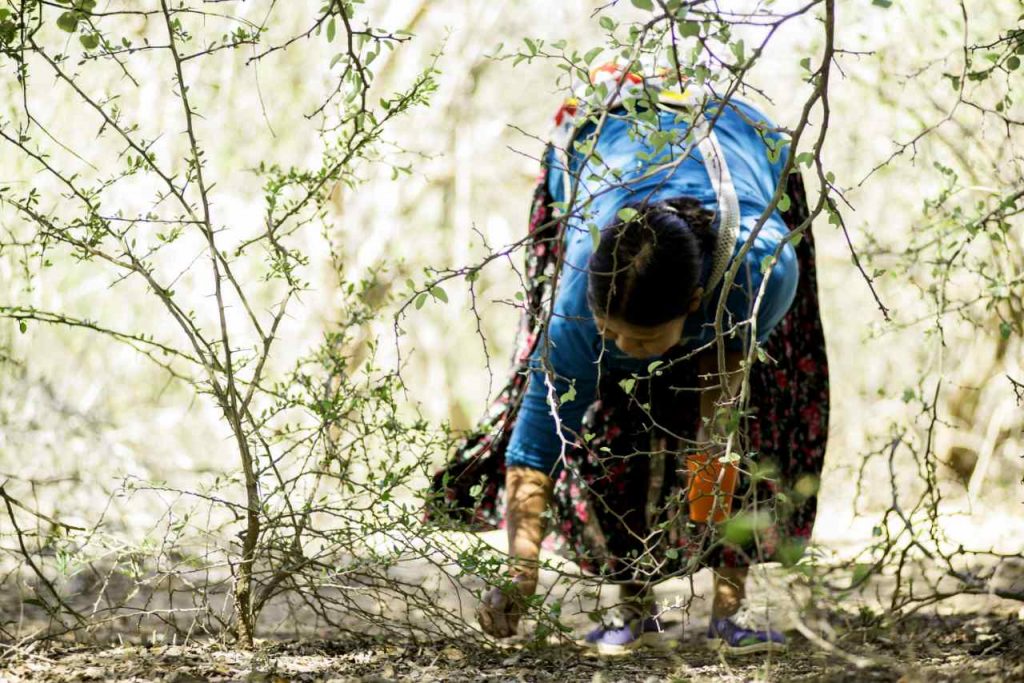 What else do the Gran Chaco communities do?
Another activity that we women do is handicrafts. We are very good at needlework and we also take care of our kids and go up into the bush to gather wood, catch fish and pick fruit. We are members of an association of craftswomen where we receive training in the use of computers, sales systems and marketing. We gather what the mountains offer us and learn new recipes too.

Why is it important for the community to optimize the production and consumption of mountain fruits and carob flour?
They’re important for a proper diet for our children, for us adults and for our livestock. We all love their delicious flavors but, above all, they’re part of our identity. We have to appreciate and value them because we’re used to eating them and they’re available to everyone. Producing them ensures continuity, the handing down our ancestral knowledge and skills and the conservation of the bush, which is our pantry.

Work to strengthen the Slow Food Gran Chaco Wild Fruits Presidium has been supported by the International Fund for Agricultural Development (IFAD). The Presidium also involves the Fundación Gran Chaco and other strategic local partners who have contributed to the process.