Across Europe, citizens and farmers come together calling for good food and farming at the EU Days of Action on 27th-28th October 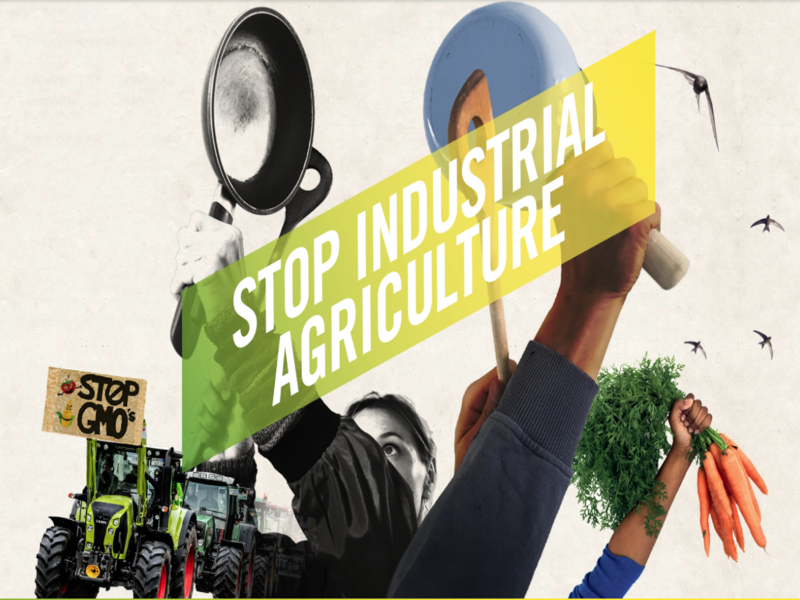 On the 27th and 28th of October 2018, European citizens, small-scale farmers and civil society will unite for the European Days of Action for Good Food and Good Farming. With hundreds of initiatives happening in, so far, 18 EU countries, thousands of people across Europe will be taking part in demonstrations, protest picnics, and many other creative initiatives to call for good food and farming in the EU.

All around Europe, Slow Food is forming alliances and partnerships with civil society organizations who also believe in policies that defend the interests of people, animals and the environment. The goal is to create a strong pressure rising from the grassroots and to make sure that decision makers at all levels listen to the call for good food and farming. These are some examples of activities being planned:

> The motto of the action day in Berlin will be “Steam!”. In front of the Brandenburg Gate on Pariser Platz we advocate bee-friendly agriculture, more sensible agricultural subsidies and farms instead of agribusiness. We make steam in different ways: Beekeepers with smokers, farmers with potato steamers, and most of the participants with cooking pots. We address Julia Klöckner: With our unmistakable cooking pot concert we call for a change in agriculture in Brussels with the new CAP.

>In Germany, a coalition of NGOs, including Slow Food, will set up a huge table around the Reichstag (the national Parliament building) where citizens, farmers, producers and decision makers will sit together for a meal to discuss sustainable food and farming.

>In Croatia, the local Slow Food community will mark the European Days of Action by launching the Mali Plac Earth Market in Zagreb.

> Across Europe, the Slow Food Youth Network is joining forces with Young Friends of the Earth Europe to organize joint actions.

>In Brussels, plans are underway for a special event to attract the attention of politicians and EU decision makers who play a huge role in shaping European food and farming.

The key messages of the pan-European initiative echo many of the issues Slow Food fights for:

access to tasty, nutritious and culturally appropriate food for all; a fair income and decent work conditions for farmers, land workers, pastoralists and fishers; no GMOs; a better future in rural
communities and in the city; animal welfare and fewer, better-quality animal products; a Common Agricultural Policy that addresses, rather than drives, the loss of biodiversity linked to industrial farming models; bee and bird-friendly agriculture that protects the climate and the environment; a CAP reform that is socially just, sustainable, that supports living rural areas, and does not harm other countries; including more people in farming and increasing opportunities for youth; more participatory political processes; food sovereignty and fair world trade; re-localization of food production, processing and consumption.

Find an event close to you and take part!