On a high-quality livestock farm, the animals—cattle, sheep, goats, etc.—graze for a good part of the year.

The more they can graze or browse, the happier and healthier they will be, and the better and more nutritious their milk. Grasses and other vegetation change from place to place based on the soil, the elevation, and the climate, giving each pasture a specific identity. 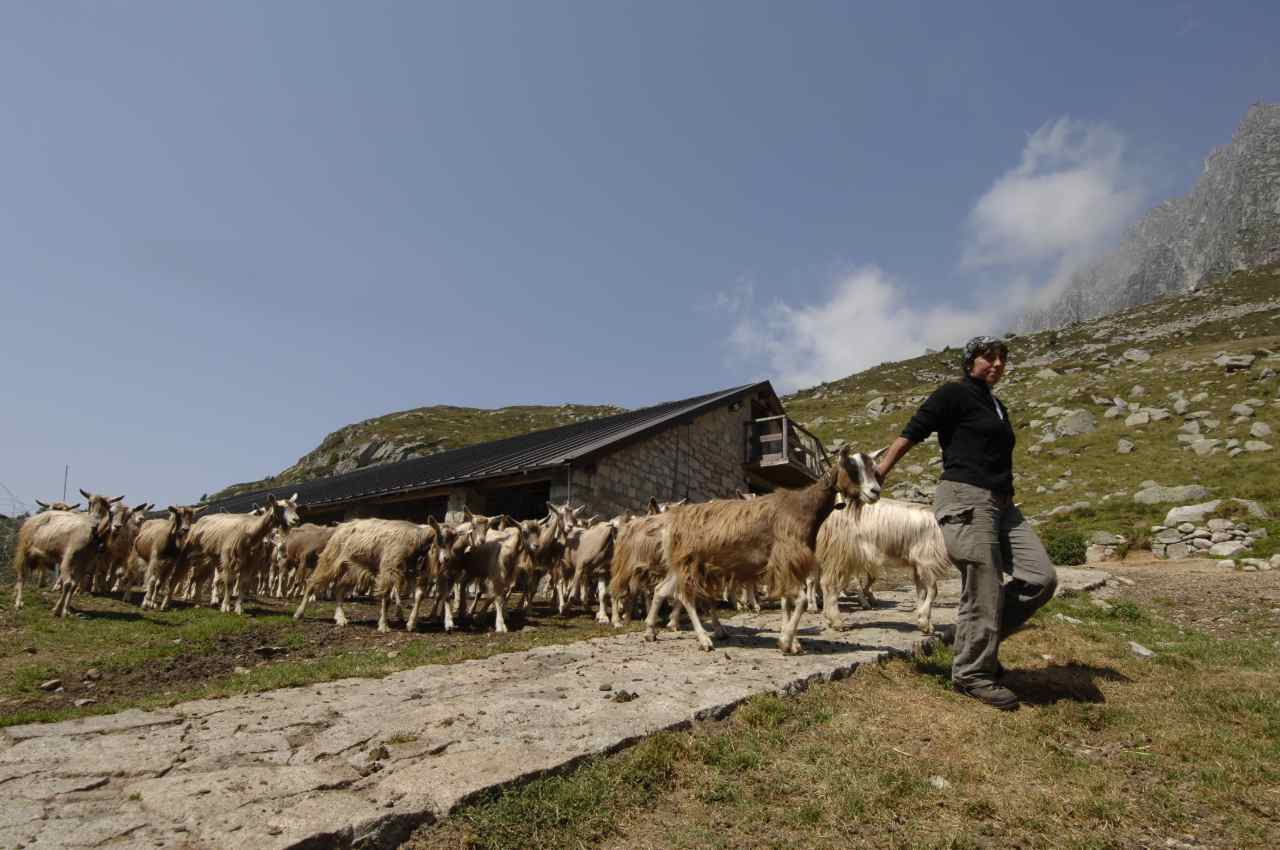 The most biodiverse pastures are wild meadows of the hills and mountains—so-called permanent grasslands—where 20 to 40 plant species grow in the spring and summer, many of them flowering in the spring. At high elevations there might be as many as 80 different plant species in a meadow. This gives mountain cheeses extraordinary flavor and fragrance. To produce good milk, a cow’s diet should be made up of at least 80% grass and hay.

When necessary, fresh fodder and hay are supplemented with high-quality mixes of grains and legumes. Ideally, the farm that raises the animals will also produce the feed for those animals.

Farms that rear livestock and grow grass and cereals for their animals also make a significant contribution to the conservation of soil fertility.

The world beneath the grass

Soil teems with life: protozoa, nematodes, arachnids, insects, fungi, worms, mollusks…
The creatures living underground break up the soil, decompose organic matter, release nitrogen, and restore the humus and simple mineral substances that are essential to fertility and the formation of dark, soft, porous clods of soil that can withstand the action of water, wind, and mechanical tilling.

The soil and its tiny inhabitants provide the nutrients and water necessary to produce grass for the animals (who, in turn, provide milk and meat) and plants that human consume. Poor, unhealthy soils, polluted with synthetic chemicals and devoid of life, cannot produce wholesome food.

Over the last 50 years, industrialization has tripled agricultural production, but has seriously damaged the fertility of the world’s soils.

Good farms prioritize local breeds, often the result of crosses between hardy, frugal animals who can make the most of pastures and populate marginal areas from which it would otherwise be impossible to obtain food.

Because the animals do not live in confined spaces, it is not necessary to cut their horns, dock their tails, or mutilate them in other ways. Babies are born on the farm and allowed to stay with their mothers until weaning.

As the objective is to obtain high-quality milk and not the highest possible yield, the animals live long lives and have a higher level of well-being.

But on industrial factory farms…

Industry is not interested in diversity. Efficient production needs standardization and quantity, not variety.

The aim of the industrial production model is to produce as much milk as possible at lower and lower costs. The animals are rarely allowed to graze, or if they are, only in small areas.

It is cattle who suffer the most from industrial systems: Cattle are grass eaters and in nature they would never consume soy and corn in large quantities, and certainly not industrial by-products. But industry has come up with hyper-energy-rich feed that can triple or quadruple milk production, meaning that the cows must be milked up to four times a day. 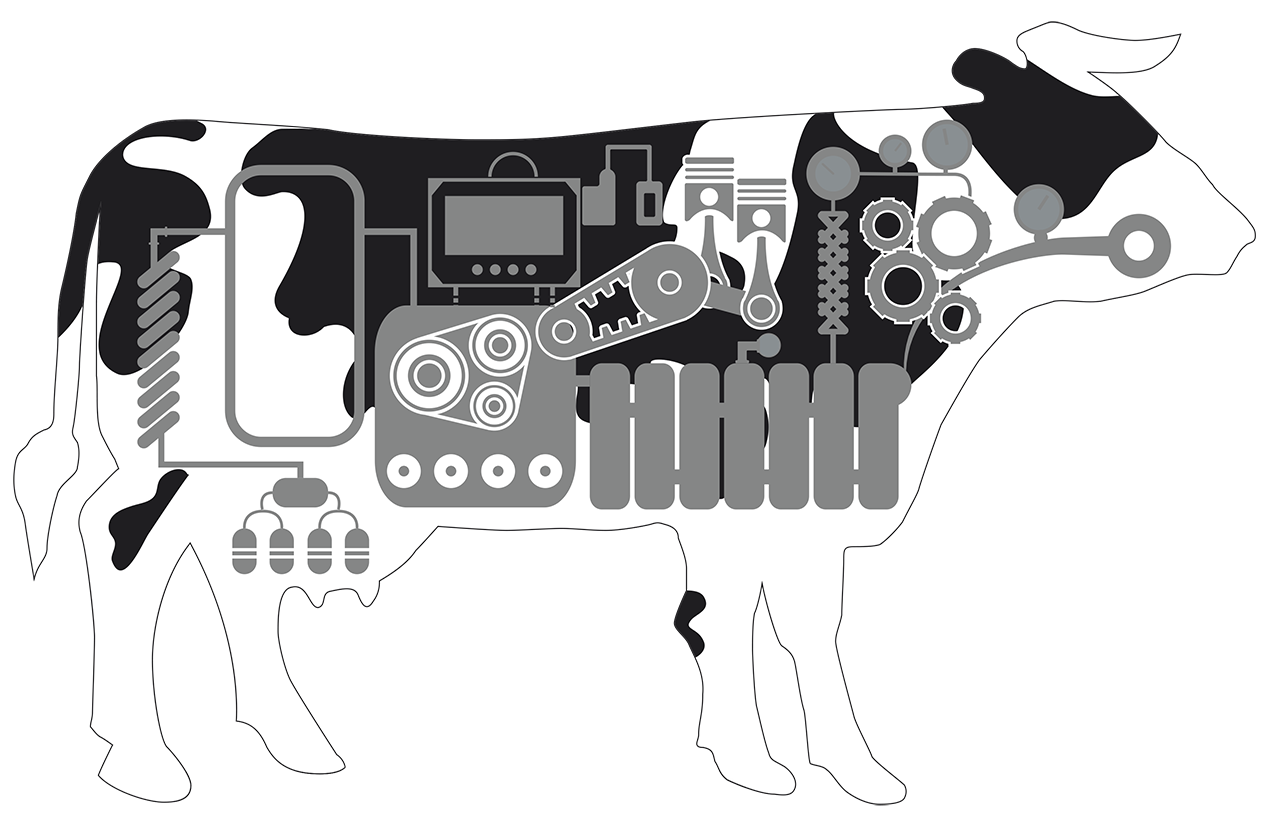 The Holstein Friesian is the most common breed in these systems, and has been bred to produce up to 60 liters of milk a day, like a machine. That’s compared to an average of 10 to 15 liters for traditional breeds.

To withstand this pace, it must eat a huge amount. The feed is composed of blends of silage.

Silage is made from plants, either chopped up or not, which are left to acidify in silos, prefabricated concrete trenches, or plastic-wrapped bales.

Silaging stabilizes the bacterial flora, helping to preserve the plants and increase their nutritional potential. But this also increases their acidity, which can create acidosis in cows. Silage has unpleasant odors that can be detected in cheeses and can cause the cheese to swell.

If silage is not produced properly, it can develop dangerous aflatoxins that can pass into the milk and then on to humans.

Silage is mostly made form corn, but soy and grass can also be used.

Grass silage is commonly made in Northern European countries where the climate makes it hard to dry grass.