Whether you like it or not, food is political. Particularly in Europe, policy has a huge impact on what ends up on our plates. So, this month the Slow Food Youth Network (SFYN) Europe is letting everybody know just how important it is to vote in the upcoming European elections!

In the lead-up to the European Parliament elections from May 23-26, SFYN Europe, Slow Food Europe, and the Global Shapers community are working together to coordinate the month-long ​#FoodisPOLITICS and #votewithyourfork ​campaigns, featuring a range of events and actions aimed at raising awareness about the importance of voting. They are hoping to encourage EU citizens to revive public participation in policy-making, letting law-makers know that their policies need to link closer with the demands of their citizens. 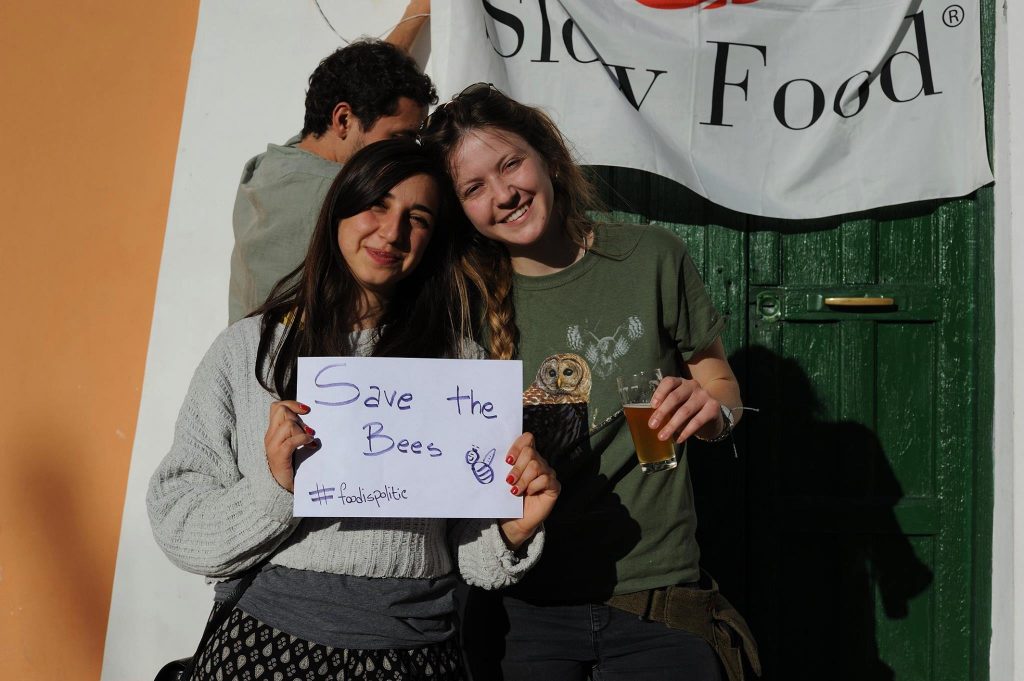 These elections could have a big impact on the future of food in Europe. European policy affects all stages of the food system, but the Common Agricultural Policy (CAP) – which is by far the biggest item in the EU budget – is the most obvious example. The next funding cycle for the CAP will begin in 2021. So these elections, in 2019, will determine who is in Parliament while the structure, direction, regulations, policies, and funding of the next CAP are being discussed.

That makes voting in these 2019 elections a prime opportunity to show policy-makers that we want politicians who are serious about campaigning for a good, clean, fair, sustainable food system. One that supports marginal rural areas and attracts younger generations to farming, rather than one that awards the biggest subsidies to those with the biggest land area and allows the number of farms in Europe to drop by more than one quarter between 2003 and 2013 alone. One that prioritises concrete measures on things like plastics and GMOs to help protect plant biodiversity and marine systems, rather than one that has contributed to the loss of 75% of plant biodiversity and the degradation of 45% of European soils now deficient in organic matter. One that addresses the fact that many chronic diseases – which account for nearly 80% of total healthcare costs in the EU – are caused by our diet. One that stands firm on policies for fighting climate change. One that removes conflicting agendas and works together with other policy areas to tackle pressing issues in new and innovating ways.

One such issue, for example, is the fact that about 20% of the food produced in the EU is currently wasted before it even reaches our plates. To shed light on this, SFYN groups across Europe organised dozens of events for World Disco Soup Day (LINK?) on April 27, using rescued food (that would otherwise have been thrown away) to make a public statement about food waste in a fun way. In Reykjavik, they served a disco soup alongside a delicious beer made from leftover bread and potato skins. In Moscow, the disco party went down exquisitely well with a 4-course degustation menu from funky contemporary restaurant Mox. And in Arouca, Portugal, farmers talked a bit about their produce and why, even though it’s perfectly good to eat, it is rejected by supermarkets on account of shape, size, or appearance. 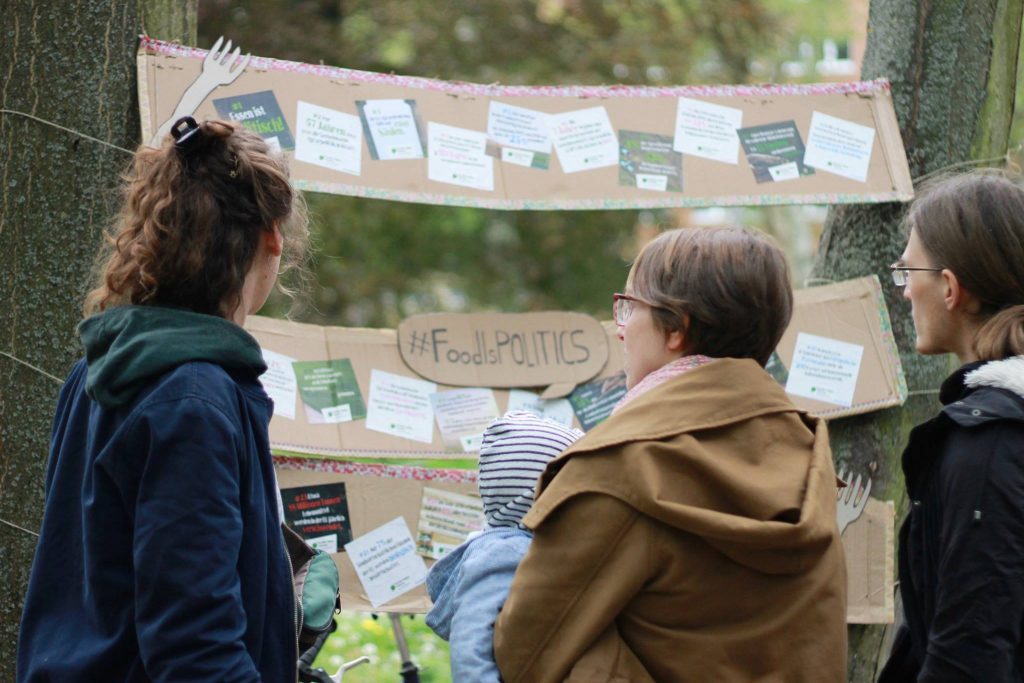 Since World Disco Soup Day, SFYN are keeping the momentum going with a wide range of events planned. There will be two eye-catching public demonstrations and surprise photo actions in the centre of Leipzig, Germany, and during the Slow Fish festival in Genoa, Italy (May 9-12), where dozens of SFYN members will make a scene and make a statement — think over a hundred young people holding discarded plastic items, forks, and flags to represent the harm we are doing to our oceans and our fish around the world.

Also, a lecture from a professor of food law at the University of Gastronomic Sciences, explaining how the EU elections work and what they mean for food, will be filmed and broadcast across the Slow Food Youth Network. In front of a supermarket in Copenhagen, SFYN members will stage a peaceful eat-in demonstration and a discussion on how politics influences the food system; and in the Netherlands, SFYN members will also make a statement on supermarkets — quite literally — by using ‘reverse graffiti’ techniques to write ‘Vote with your fork!’ by cleaning the letters away from dust, dirt, and grime on the building. SFYN will post facts, photos, videos, and informative information online along the way, and during the days of voting (May 23-26) SFYN members will push others to vote by sharing selfies of themselves holding a fork to say that they are voting.

In other words, there will be a lot of things going on this month to remind you about the European elections! And there are plenty of good sources for more information on food and farming in Europe, if you’re interested to read more. The main thing to remember, though?