The goal of the Fruit and Juice party is to promote and facilitate sustainable fruit production, nutrition in schools, and the promotion of biodiversity conservation in communities

Slow Food Uganda, in collaboration with Hivos, is organizing the 7th edition of the Fruit and Juice Party event on March 15 at Kibirige Memorial Primary School in Ngogwe Sub County, Buikwe District (Uganda) from 9:00 a.m. to 4:00 p.m. The event is open to the public and will be attended also by Slow Food communities, Buikwe District Officials, Buganda Kingdom representatives from Ssaza Kyagwe, CSO representatives, schools and food producers. “This event was created to celebrate fruit harvest season among the farming communities to reflect on the rich fruit biodiversity of Uganda and to raise awareness about the central role of fruits in Ugandan traditional diets and cuisines”- says Edward Mukiibi, Vice President of Slow Food International and Coordinator of Slow Food activities in Uganda.

The constant influx of non-native fruits, including apples, table grapes, grape fruits oranges, and pears among others – either imported from as far as Europe and Latin America or grown under very controlled and fragile conditions within the country, is coming to dominate the market. For this reason, Uganda’s fruits have not yet reached their potential in terms of quality, quantity, productivity, and availability. Today, many available juices if not imported from Europe, Saudi Arabia or south Africa are often produced from artificial ingredients instead of local fruits which end up rotting and being wasted in fields pushing many small producers to stop growing local varieties, yet they could become major contributors to the well-being of the communities around the country. 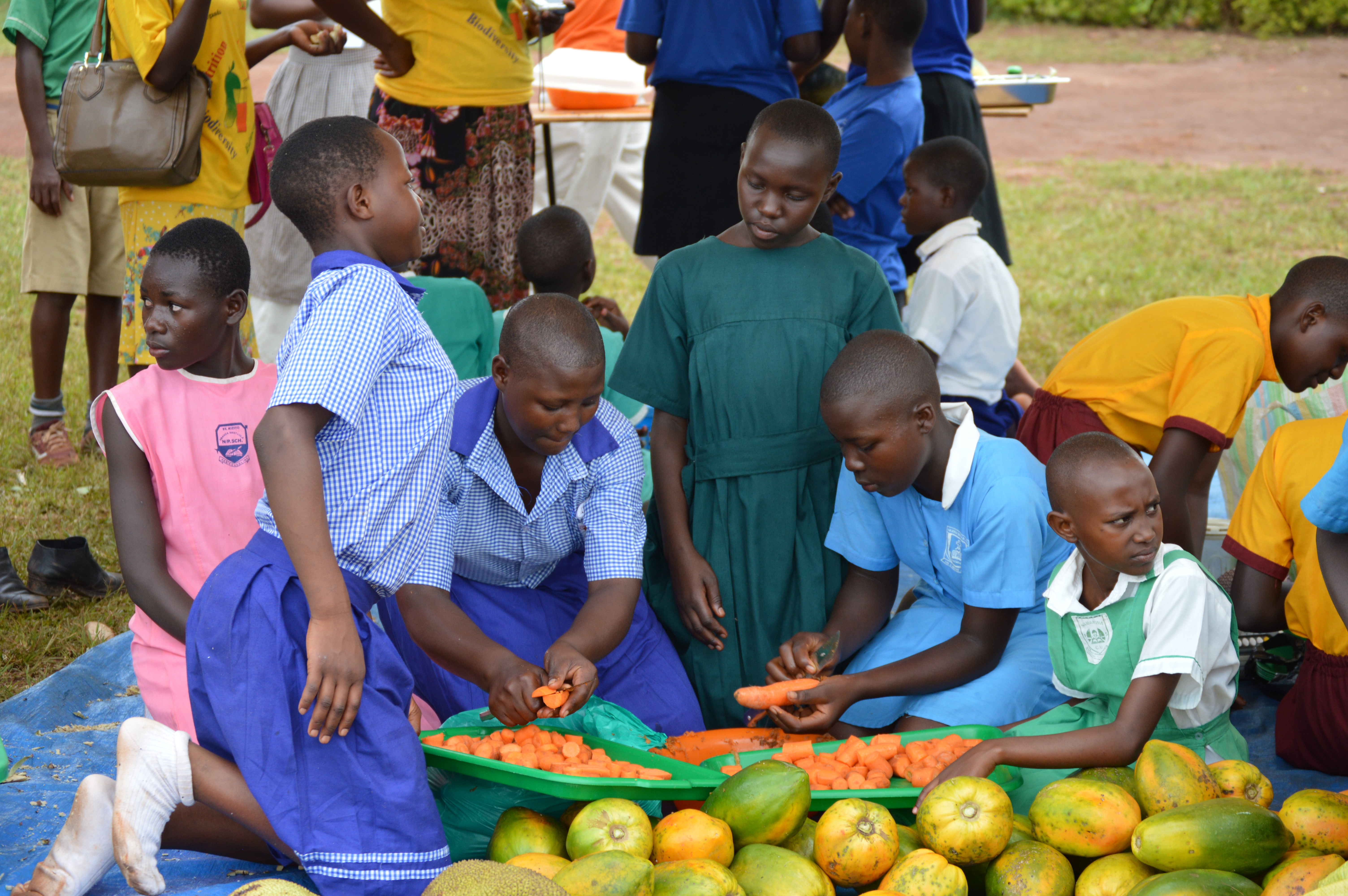 Alongside the few known fruits countrywide, there are several other native fruits that have been feeding people for generations like jackfruit, oranges, mirandano passion fruit and mpafu (both on the Slow Food Ark of Taste project), pawpaw, mangoes, guava among others  but in modern times only a handful are given attention and those few are largely underappreciated, yet they have the potential to make essential contribution to keeping people healthy and well fed as well as improving net income to small scale producers in many rural communities.

“As young people we are partly to blame for undervaluing our native fruit species in favor of imported varieties which are not only harmful to our health but also sink many producers of local fruit varieties into poverty” – says John Kiwagalo the head of the organizing team of the event. “So, it is our responsibility as the youths to bring our native fruits back on the table by putting the young generation on the frontline to achieve this”.

The aim of the event is to bring different primary and secondary school gardening participants together to promote fruit growing, juice preparation and consumption through a join fest where they will discuss other food related topics in line with nutrition, such as food issues for a better system. 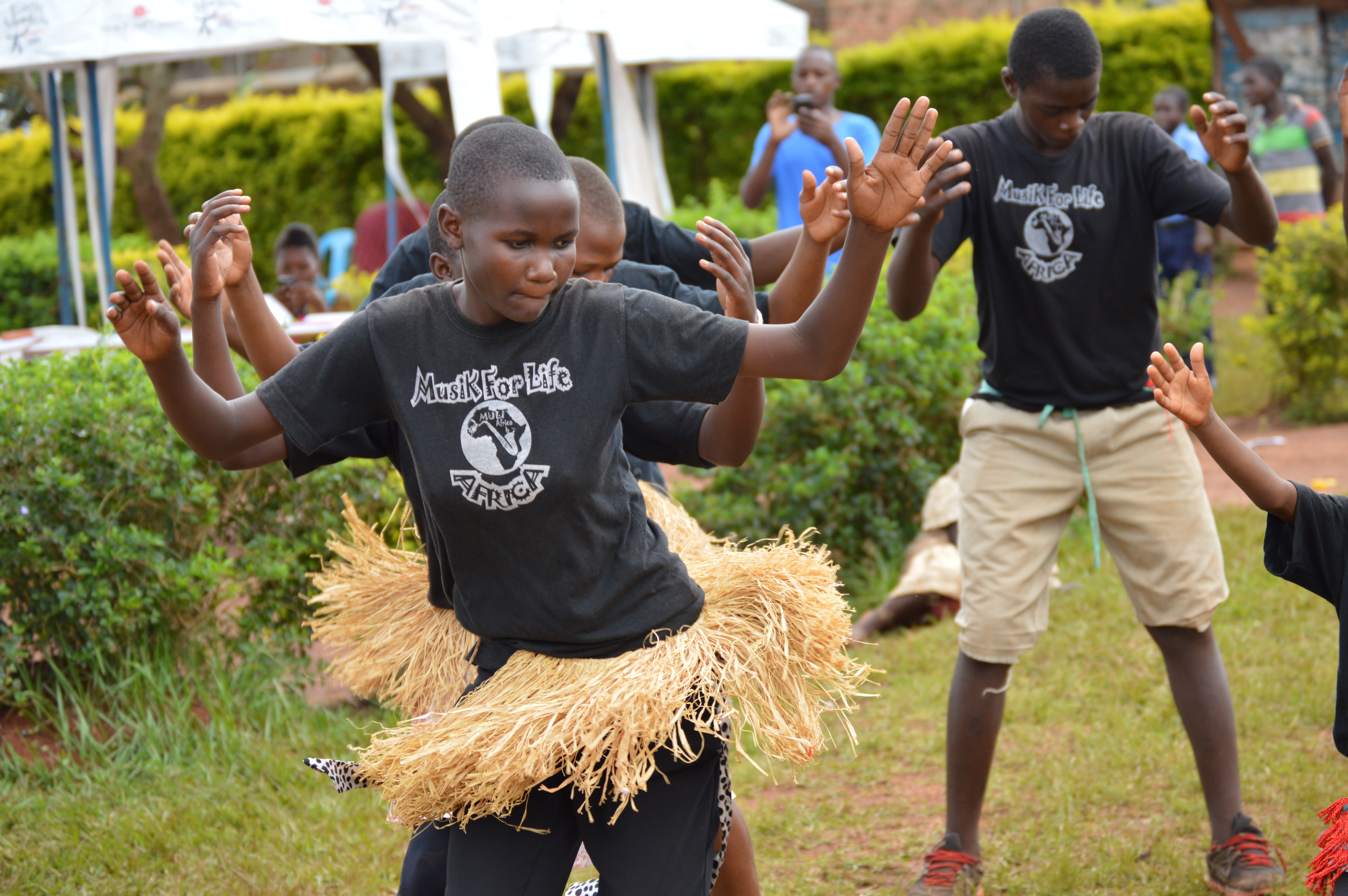 ACTIVITIES AT THE EVENT

At the event, fruits, juice and indigenous foods are exhibited and served for the school children and youth to have a practical experience. We expect fruit tree planting in schools and discussions around good gardening skills in schools and communities, priorities that should inform policies and practices and how to solve the challenge of missed lunch in school and malnutrition issues among school children. In particular:

Biodiversity Corner with an exhibition of local varieties with information about Slow Food work on saving biodiversity. At this corner, a seed swapping table will be setup.

Food Debates and open discussions with members of the Buikwe Food Parliament regarding fruit production and consumption as well as policy needs in the region. 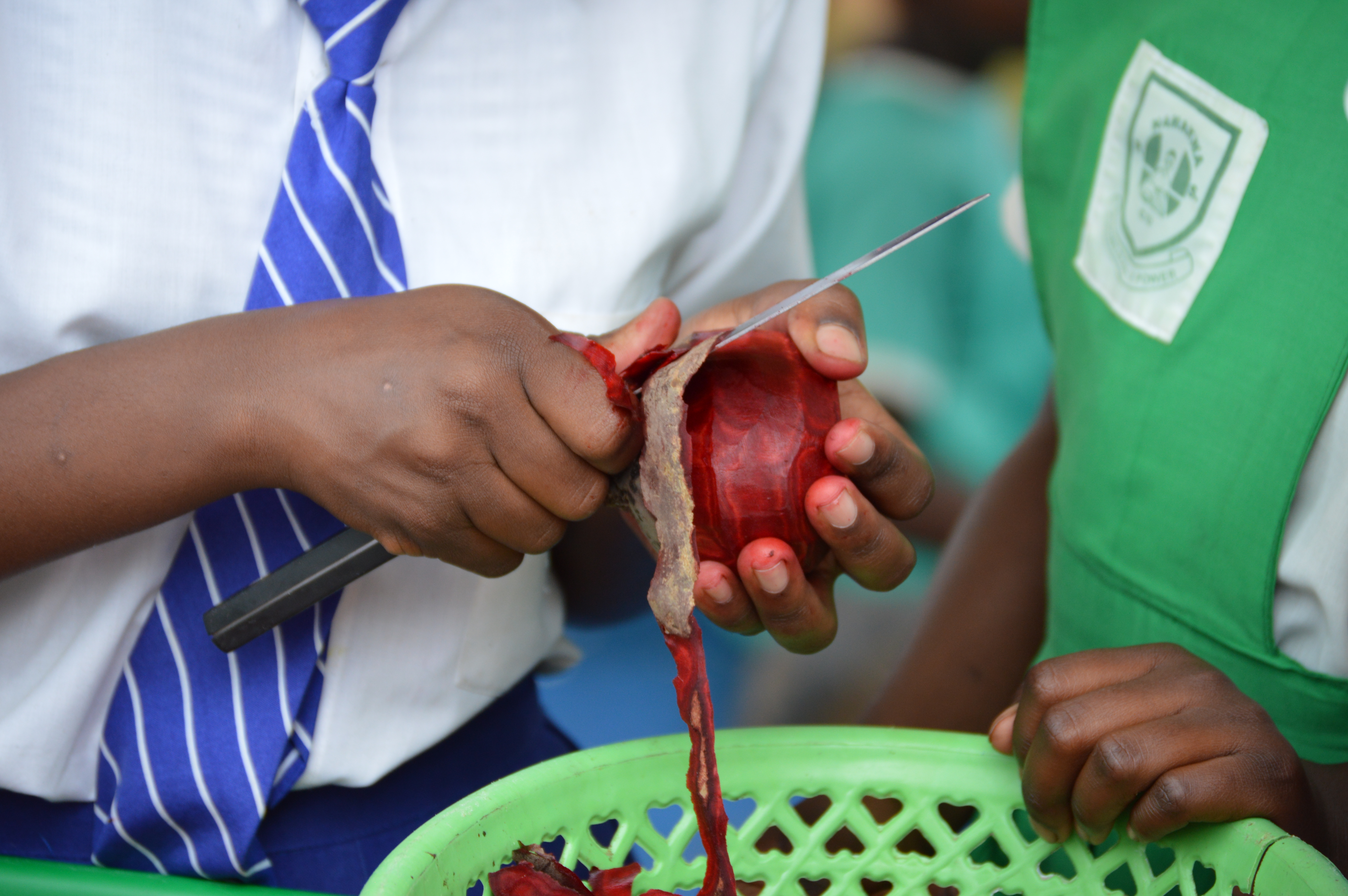 Slow Food Uganda is part of Slow Food International; a global grassroots organization that envisions a world in which all people can access and enjoy food that is good for them, good for those who grow it and good for the planet. Slow Food involves over a million activists, chefs, experts, youth, farmers, fishers and academics in over 150 countries. The Slow Food Youth Network (SFYN) Uganda is part of an international network of young people who bring about changes in the field of production and consumption. It was founded by several enthusiastic and motivated young people with a passion for good, clean and fair food, and with an interest in sustainability issues. We are the world’s future food leaders, entrepreneurs, farmers and consumers.

Hivos is an international organisation that seeks new solutions to persistent global issues. With smart projects in the right places, Hivos opposes discrimination, inequality, abuse of power and the unsustainable use of our planet’s resources. The primary goal is achieving structural change: therefore, Hivos cooperates with innovative businesses sinuses, citizens and their organisations; sharing a dream of sustainable economies and inclusive societies.