Archive » From land evictions to intensive agriculture: the struggle to reconnect Ogiek beekeepers to the Mau forest environment

Beekeeping has been traditionally part of the economy, culture, and identity of many rural communities living in sub-Saharan Africa.

The diversity of ecosystems that characterize the Kenyan territory lend themselves particularly well to beekeeping activities. From the arid areas of the northern part of Kenya to the montane forests in the center of the country, beekeeping has for centuries represented an important interface between people and nature.  The synergistic relationship between beekeepers, bees, and flora has marked the small-scale traditional apiculture systems for centuries and still, today is at the base of honey production in the country. This connection was also more intense for those hunter-gatherer communities that based their livelihoods on the use of forest ecosystems, extracting alimentary and other resources from them. 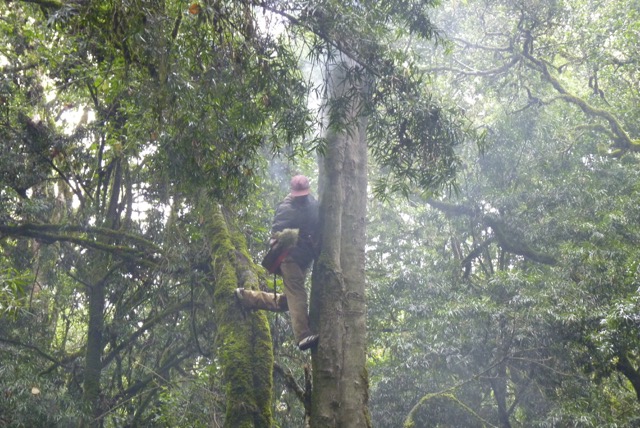 The Ogiek: Tied to Forests and Bees

The history of the Ogiek beekeepers living in the Mau forest complex is a clear example of how social, political and environmental changes have disrupted the connection between local people and the environment, thus reshaping the livelihoods of local communities, eroding their cultural identity and affecting biodiversity.

Mau forest, situated in the Rift Valley of Kenya, is part of the largest remaining closed-canopy montane forest ecosystem in East Africa, and the most important water catchment areas in Kenya. It is a key motor sustaining multiple economic sectors such as energy, tourism agriculture, and the timber industry. Up to a decade ago, the forest represented 2 percent of Kenya’s total land area. This has unfortunately decreased with forests now only covering 1.7 percent of the country. 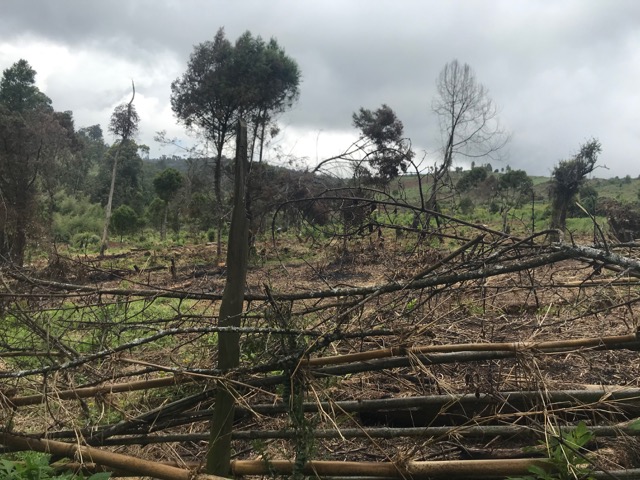 The Mau forest has been inhabited by the Ogiek, a hunter-gatherer group belonging to the Nilotic ethnic mosaic. To the Ogiek, honey was the main element for subsistence and barter, permeated their culture and identity, and traditional beekeeping tied their existence to the forest. The Ogiek had a deep knowledge and understanding of the diversity of trees and flowers found across the forest as well as of the blossoming season in the different ecological zones.

Traditionally each Ogiek clan owned a transect of land, locally known as  konoito, that comprised different ecological zones. Within each territory, beekeepers used to place their traditional log-hives at different altitudes. This subdivision of the forestland allowed the local populations to carry out a type of migratory bee farming, according to seasonal blooms.

Dramatic Effects on the Ogiek Lifestyle

However, the relation between the Ogiek and the forest environment has changed dramatically in the last century. The Mau forest was subject to public and private initiatives that affected the configuration of its landscape. Large areas of indigenous forests have been cleared and replaced with commercial exotic plantations, mainly coniferous and cypresses, for timber production. Ogiek were evicted from the forest and they began to settle permanently in the mid-altitude, abandoning their ancestral land and the traditional beekeeping system. 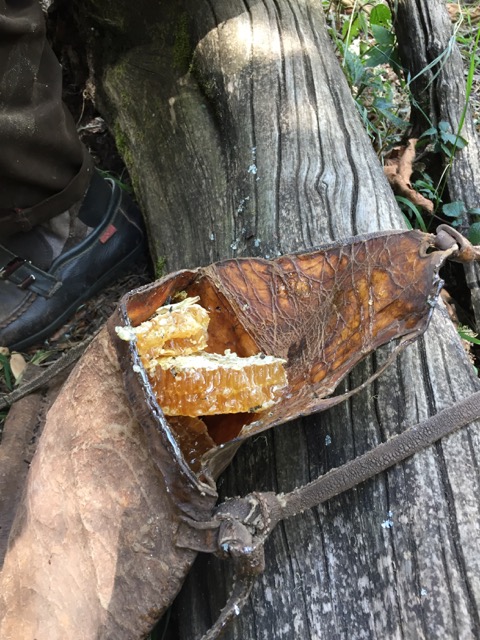 Eventually, the Ogiek presented a constitutional case against the Kenyan government in June 1997 to have recognized the traditional land-resource tenure system. This case was resolved in 2017 with the sentence of the African Court on Human Rights and Peoples’ Rights that accused the Kenyan government of violating the rights of the Ogiek. It also recognized the Mau forest as the ancestral home of the Ogiek community and the role they play in safeguarding the local environment.

Despite this important milestone, Ogiek experienced a significant change in the livelihood strategy and the management of natural resources, moving them from a subsistence economy based on honey to a new system based on cash crops for the market.

An Effort to Revive Honey Production

In this context, some national and international organizations have sought to revive honey production to support local livelihoods, mainly by providing beekeepers with beehives and technical training. While Ogiek beekeepers still carry out traditional beekeeping in the forest, some members of the community are practicing beekeeping among the cultivated fields by using modern beehives and beekeeping techniques. 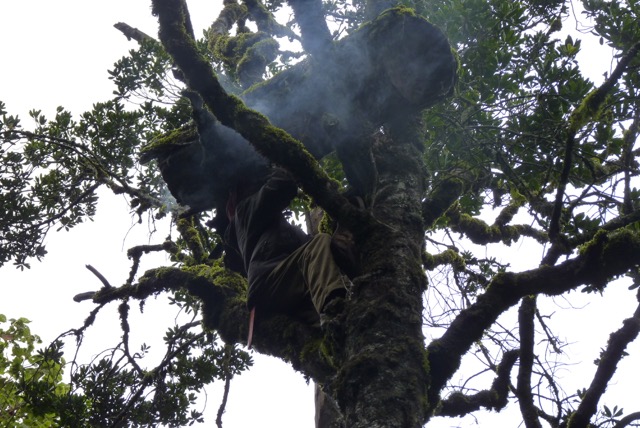 In 2015, Slow Food, together with Necofa, launched the Ogiek Honey Presidium to protect the Mau Forest ecosystem and promote the value of the Ogiek people’s ancestral culture through honey, their most important product. The project involves Macodev cooperative (Mariashoni Community Development), a community-based organization that brings together around 350 beekeepers, reunited in 12 groups of beekeepers. Macodev is working to increase production volumes, differentiate the various types of honey produced, improve packaging, and promote short commercial chains.

In 2019, Slow Food Kenya and Slow Food international started a new project aimed to reconnect honey production to the forest environment and guarantee the process of production of high-quality honey and to preserve the indigenous Mau forest. Several attempts have already been made to increase the production of honey inside the forest, by reconnecting the beekeepers with their ancestral land and recovering the sustainable and synergic relation that marked for centuries the existence of the Ogiek in the Mau forest. Will this project mark the path towards reconnection between Ogiek traditional beekeeping, improvement of livelihoods of the community and forest conservation?

Currently, Slow Food advocates for the European Citizens’ Initiative “Save Bees and Farmers”, which aims to phase out synthetic pesticides in Europe by 2035, to restore biodiversity and help farmers in transition, and so to save bees from extinction in Europe.

You can support the initiative by signing it here.