Archive » From the EU to the UN, Biodiversity Needs Agroecology

Whilst Slow Food launches its global online campaign to promote the protection and restoration of biodiversity, the European Union continues to be incoherent in its approach to biodiversity and food policies. Ahead of the United Nations’ biodiversity summit, environmental discussions must acknowledge the central role that food and agriculture play in the fight against climate change and biodiversity loss.

Last June, the EU Parliament adopted its position on the “EU Biodiversity Strategy for 2030: Bringing nature back into our lives”. With a clear majority, they voted in favor of binding policies and targets to reduce pesticide use and risk, protect soil, and a transformation of EU agriculture so as to contribute to protecting and restoring biodiversity. The Parliament also calls for better support to be given to farmers, in particular small-scale food producers, to transition towards agrobiodiversity and agroecology, an approach that is making its way into EU policy making debates. Importantly, the Parliament calls on the EU to ensure coherence with its activities abroad and demands that measures be taken to prevent the potential displacement of biodiversity losses abroad. Other positive elements include the acknowledgement that “indigenous and local knowledge is crucial to effectively protect biodiversity”, a call for the restoration of fish populations, a call to respect the precautionary principle and the “polluters pay principle”, and finally the clear statements against the use of gene drive GM technology, and against the renewal of glyphosate, the most widely used herbicide in the world. Even better, they stated the urgent need for an EU Biodiversity Law which could be a game changer in terms of protecting biodiversity in the EU by setting binding targets and a governance framework.

“Today we are asking for an EU Biodiversity Law similar to the EU Climate Law, which would set the governance framework until 2050 to protect biodiversity, including binding targets for 2030. I am satisfied we have endorsed the main targets of the Commission’s proposal and supported the creation of an EU Nature Restoration Plan to restore at least 30% of the EU’s land and sea”, commented Spanish Member of the EU Parliament César Luena, from the Socialist & Democrats group.

Slow Food welcomes these encouraging steps to halt the loss of biodiversity and recognize the important role that food and agrobiodiversity play in protecting biodiversity. European ecosystems, on which we depend for food, clean air, water retention and climate regulation, suffer from constant pressure caused by intensive land and sea use, climate change, pollution and overexploitation. This avalanche of threats is bearing alarming consequences. According to the International Union for Conservation of Nature’s (IUCN) Red List Status, 25% of amphibians, 13% of reptiles, 15% of European mammals and 13% of European birds are threatened in Europe. Overall, 1,677 out of 15,060 assessed European species are at risk of extinction.

In May 2020, the European Commission released the EU Green Deal that contains the EU Biodiversity Strategy to 2030 and the Farm to Fork Strategies, through which the EU aims to position itself as the world leader in terms of sustainable food systems and in addressing the global biodiversity crisis. They set ambitious targets that if reached, would surely help biodiversity thrive again:

Yet, as these strategies are not binding, their success depends on the Common Agricultural Policy (CAP) and its implementation across Member States through their National Strategic Plans. Despite the Parliament acknowledging that the CAP has so far failed to “send strong signal to farmers to change their practices” and that it should now mainstream “biodiversity-friendly and agro-ecological approaches”, the new CAP entering into force in 2023 is unlikely to do so. Last month, top EU institutions struck a deal on the new CAP, which is totally inconsistent with the EU Green Deal’s environmental objectives (read our analysis). This alarming outcome outrightly denies the many intertwining and interdependencies between food systems and climate change.

“Globally, food systems are responsible for 60% of territorial biodiversity loss, around 24% of greenhouse emissions, about 1/3 of degraded soils and the full exploitation of at least 90% of commercial fish populations. We need to bring industrial farming to an end, to raise less cattle, to promote organic farming, to take care of water retention in the landscape”. Climate change and biodiversity loss cannot be addressed without a clear transition to sustainable and agroecological food systems. 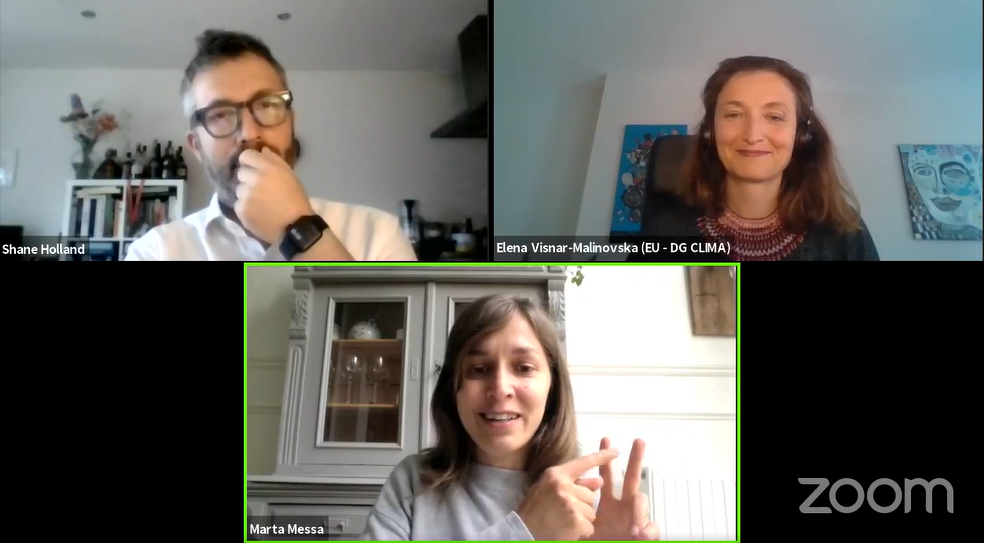 And to ensure good, clean, and fair food for all, we need to start from biodiversity and invert a production model that continues to generate environmental and social disasters, undermining the foundations of food security for present and future generations. For more than 20 years now, Slow Food has worked on the biodiversity that underpins agriculture and food production: plant species and varieties, animal breeds, beneficial insects, microorganisms, ecosystems, knowledge, and cultures.

“Climate change and food are strictly interrelated, since the way we produce, process, distribute and consume food plays a key role – it can contribute to climate change or help tackle it. Slow Food is a global movement with thousands of communities worldwide who put into action concrete solutions for sustainable food systems, in order to help solve the many crises we are facing, as individuals, as communities and as a society”, explained Marta Messa, director of Slow Food Europe during Slow Food’s Climate Action event.

Slow Food believes that the European Union’s work on biodiversity must combine the preservation of natural environments and wild species with the safeguard of agricultural biodiversity. With nature being so closely intertwined with the environmental, agronomic, social, cultural and economic sectors, the EU’s response to biodiversity loss must be multi-sectorial and push for more coherence and coordination between all EU member States. 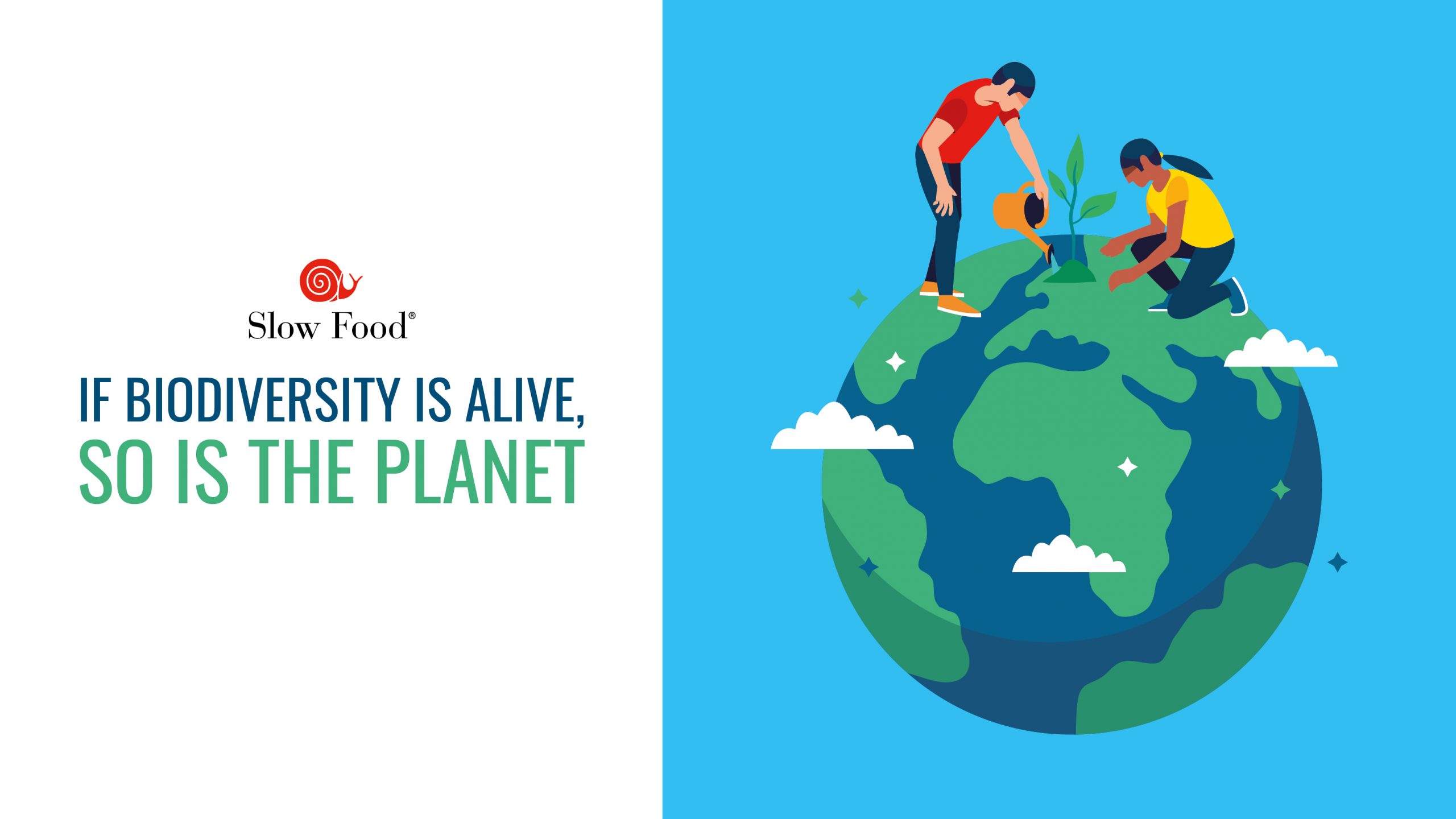 What is more, as the next UN biodiversity summit approaches (October 11-24), Slow Food urges the EU to capitalize on its world-leading nature laws and to lead the way towards global cooperation and collective actions for biodiversity restoration and conservation in the world.

Slow Food will continue to actively promote the great benefits of agrobiodiversity, by acquiring and sharing a deeper knowledge of food and production that allows for a better understanding of the importance and urgency to protect biodiversity, and to support the work of those who safeguard it.