Archive » From Burkina Faso to Tuscany, an experience from the network

This year, in the area around Chiusi, in the famous countryside of the province of Siena, councilors have had the opportunity to get to know some of the local Slow Food network producers. We accompanied one of them, Jean-Marie Koalga, a Slow Food West Africa representative, to record his impressions.

“I was born in 1977 in Burkina Faso, in a village called Tangin, and I’m a social educator by profession. I discovered Slow Food and the food and environment question in 2009, while doing an internship in Canada. As a result, I founded an association called Le bon samaritain pour un developement durable, and when I returned to Africa, I began working in schools. In 2011 or 2012, a Canadian friend also spoke to me about Slow Food, and I thought I’d find out more about it. Browsing through your website, I realized you were a serious organization with truly international outreach and decided to get in touch with you. The subsequent meeting has brought us a very long way together. At the outset, thanks to Slow Food’s support, I worked in schools to create gardens, then I became coordinator of all the gardens in Burkina. Today we have 154 gardens, in all. Slow Food is well known and respected across Burkina. In 2017, at the International Congress in Chengdu, in China, I was appointed national councilor for West Africa and I’m now working on developing the network in the area.” 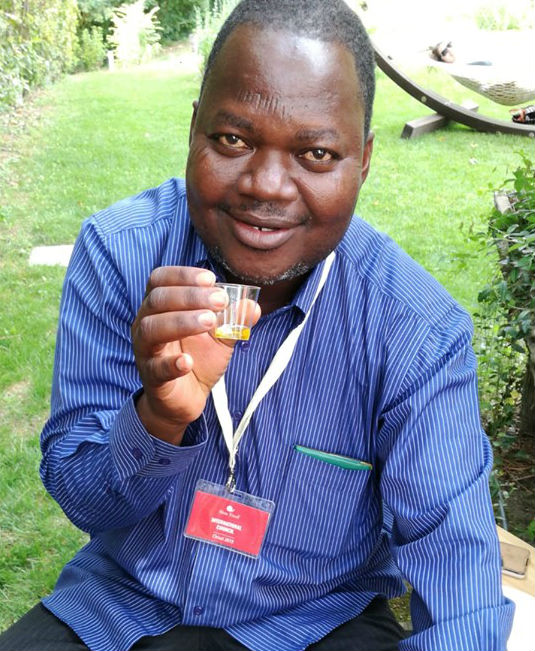 The first stage on the councilors’ group’s journey was Mulino della Val d’Orcia, a 100-hectare organic farm that produces heirloom wheat and emmer varieties, whose grains it grinds in loco at its own stone mill, using the flour to make pasta. Young farmer Amedeo Grappi explained the reasons why he chose to devote himself to heirloom grains, less rich in gluten, hence unsuited for industrial processing, but more resistant to pests. The end products are thus healthier, with no trace of chemicals and rich in the beneficial nutritious substances that gentle stone-grinding preserves in the flours.

Back to Jean-Marie. “This place really impressed me. Amedeo is running a commercial enterprise that has to be sure of decent earnings, but he does so by placing the onus on the consumer’s wellbeing and quality. He could have followed the conventional method, which would have given him a number of advantages, but he has opted for the harder route of the natural process. He’s proud of the fact because he knows that, in so doing, he’s preserving the health of consumers. I’d like this mentality to spread in Burkina, too. Business is one thing, but there are also quality and consumer health to think about. In my country we don’t grow wheat, and flours are imported. We’ve got rice, millet and corn, which, alas, are mostly cultivated using chemicals. We at Slow Food are working to raise awareness in order to change things. We have too many producers who spray the fields with pesticides and herbicides because they think everything’s easier and quicker that way. There are some who are changing things and there are stone mills for grinding cereals in most villages. This in itself is an advantage because, listening to Amedeo, I realized just how important it is to preserve stone-grinding, which is part of our tradition, too.”

The Slow Food Minuta Olive Community in Chiusi welcomed the councilors to the Podere Ricavo estate. The minuta olive, a native variety that risked extinction on account of its low yields, is resistant to frost, drought and pests. Its fruit is round and small, only slightly larger than a peppercorn, and its oil is exceptionally rich in polyphenols, substances that are not only good for the health but also develop outstanding sensory characteristics. 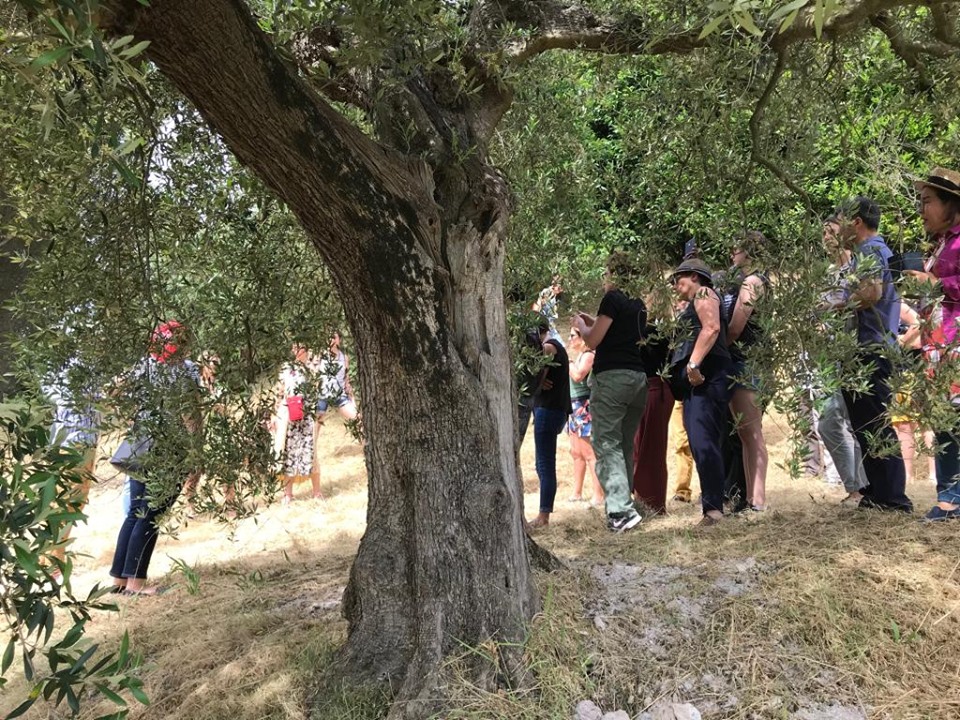 “Minuta olive trees had been abandoned but this community has tried to save them,” says Jean Marie. “It was a thrill to follow the journey of the olives from the trees to the press, and then to taste the oil. I was really happy to get to know this product better. In my country it doesn’t exist but it’s part of my culture because I’m a Christian and the olive tree is sacred for the Church. The Community working here really is an example of how we’ll have to work, starting tomorrow, to ensure that as many olive trees as possible are planted all over the world. In West Africa, we use other oils and fats, often of poor quality. Take the shea tree and our shea butter, which is traditional for us, but its processing is becoming more and more industrial even in Burkina. I’d like to work with shea butter producers to help them achieve quality products.”

At the end of the day, Jean-Marie had this to say: “I personally have come out of the day’s experience feeling stronger, more determined and encouraged to carry on my work for Slow Food, because I see many others doing it elsewhere in the world, so it’s something that can spread and really change things.”