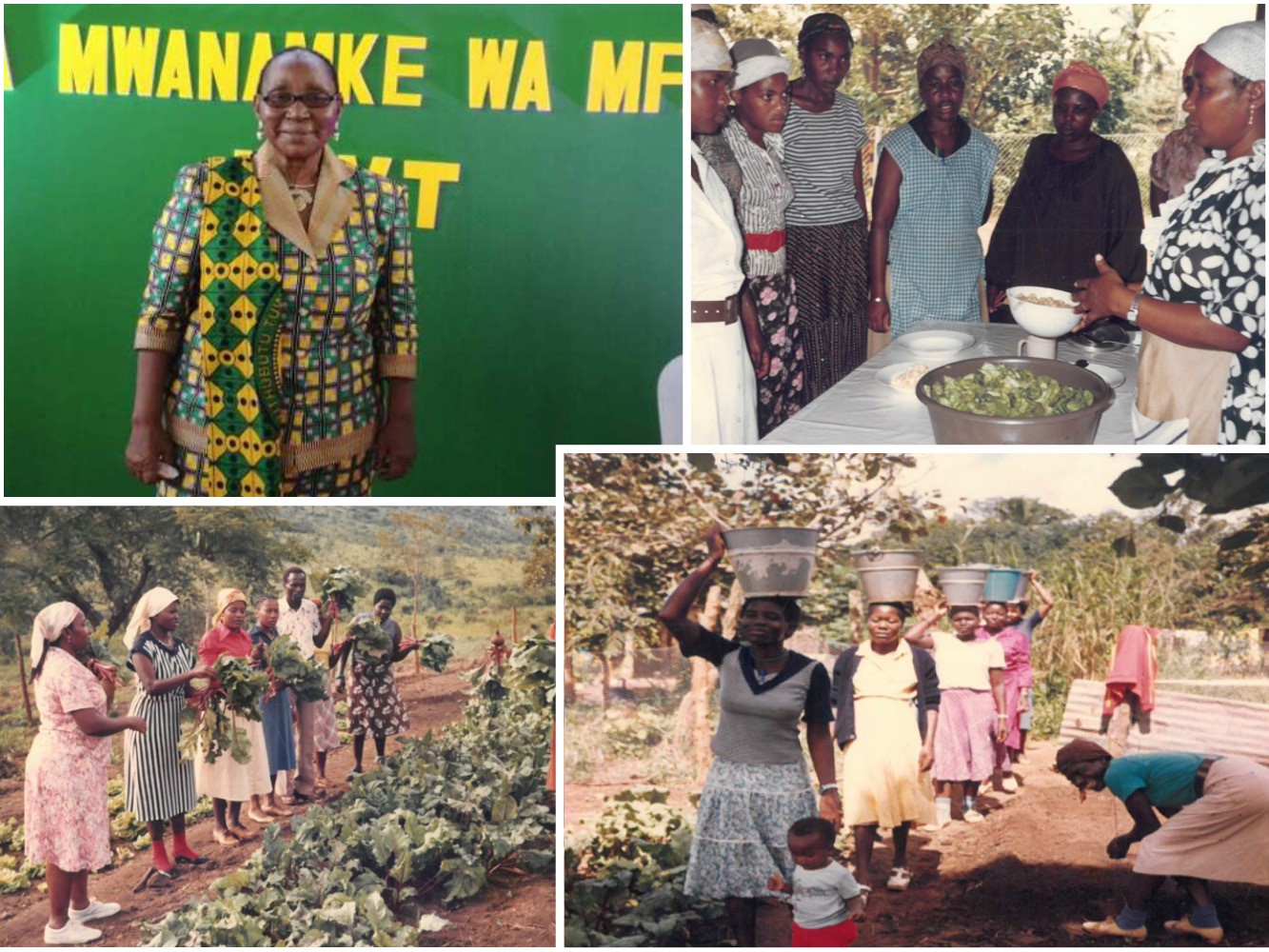 Growing up in a small village in Tanzania is not easy, especially as a girl. But nothing is impossible when faced with strength and belief.

Growing up in the village of Machame during the 1940s and ‘50s, Freda would walk 6 km to school, the first steps on a journey which later led her to establish Slow Food gardens in the Pwani region as well as various other areas of the country. She helped introduce and protect underutilized indigenous vegetables into Tanzanian public schools and the urban sphere, many of which have boarded the Ark of Taste. As a witness to the decline of this rich gastronomic culture and social unity in the village, Freda wanted to gain the right skills to help others access better nutrition. Today she is a retired nutritionist and was recently honored by the Tanzanian government for her commendable work helping Namibian refugees in the SWAPO refugee camps in Angola and Zambia in the 1980s, and service to her country. She was kind enough to sit down for a chat with us.

SF: What was it like growing up in Machame in the days before independence?
FC: In general, there was very little development before independence. We had no running water and no transportation from town into the village. The local people didn’t own vehicles, and very few even had bicycles. There were few houses with running water. When I was working with UNICEF, they helped provide money to Machame and partnered with the government to increase access to running water. We had a major hospital, built by the Germans, called Nkwarungo Mission hospital that’s still running today. There were many big churches before independence, though Catholic churches didn’t come until later. In fact, my wedding in 1963 was the first Catholic wedding in the whole of Machame.

SF: Was it easy or common for girls to go to school in your day?
FC: During that time, many people didn’t want to educate their female children at all. I remember many people who had difficulties going to school. My father, however, was adamant about our education and made sure that we all went to school. He helped send a lot of children to school, though he faced a lot of opposition, even from his brother. After finishing secondary school, I got married.  My husband had a Bachelor of Arts from Makerere University, and after we had our five children he said to me, “You must go back to school.” anything can happen to me.’ So, after my last child was born in 1970, while he was in the diplomatic service abroad, I was able to go to school. When I finished my first degree, I called my husband at the Tanzanian embassy in Holland and told him that I had finished and was coming home. He instead encouraged me to stay and get my second degree, so I  finally decided to continue my studies. My husband played a big role in my pursuit of education.

SF: Can you talk a little bit about the food you used to eat back then?
FC: We used to eat plenty of milk, and a lot of meat. There was no hunger, but there were still communicable diseases such as Tegu “worms,” funza (infections caused by a lack of proper hygiene) and bed bugs. Even though my father never went to school, he was a village elder — like a professor of the village — so we had a lot of native foods of every variety. My mother would cook kitalolo from kimanshigha leaves (an indigenous vegetable from the Kilimanjaro region), mixed with lots of vegetables.

Now there are very few of those indigenous vegetables left. Many foreign vegetables were brought in, such as cabbage and spinach, replaced those native to the land. After independence, people started to become educated, vehicles were able to go to and from Machame, and they started slowly neglecting foods such as cocoyam, and many fruits that were from the village. There’s only a small quantity of kimanshigha and wolowo left, though kishona nguo (blackjack) is still eaten by many people. When I went to church in Machame, I tried to spread awareness about these traditional foods and their disappearance.  Kweme (telfairia pedata), for example, was abundant but is now vanishing. It used to be given to a woman who had just given birth. When a woman was pregnant she would be given a lot of meat, milk, and Kiburu (a traditional dish with beans) mixed with banana and milk. When she would give birth, the neighbours would bring grass for the livestock and firewood, and they would help to tend the house. In Machame when a woman was pregnant it was as if it were the concern of the whole village! But now, it’s just her own issue!

SF: How did your work, both individually and with Slow Food, help your country?
FC: My activity, and the activities of associations like Slow Food, are very important. I worked for the Food and Agriculture Organization (FAO) from 1983 to 1987, supervising the Women and Children Education Project  in refugee camps in Zambia and Angola with the South African People’s Organization (SWAPO). I’m also a founding member of Regent Estate Senior Women Group (RESEWO), a nonprofit I began at my house in 2006,over a cup of blackjack tea with friends. RESEWO works to promote the introduction of underutilized indigenous vegetables into the Tanzanian diet, as important sources of nutrients that can help improve health in our communities.

SF: After working in different countries in Africa, what has been the greatest lesson you have learned from this experience?
FC: Be knowledgeable and involve local people; don’t work alone or you will never succeed. Don’t assume that you know everything. I didn’t do all the work by myself, I had local people helping me. Be humble, and listen to the knowledge of others. Even if you have knowledge, recognize other people, appreciate their work, and try to involve others in your planning.”

SF: What is the importance of a movement like Slow Food?
FC: Slow Food is a great movement; I wish we had Slow Food during my working career. However, really, I think people need to be educated and sensitized first. Many just want to go to Terra Madre in Italy. It is on the right path, but there is an issue with support. We have a lot of Slow Food projects, though it’s difficult at times to carry them out because of lack of funding. I have had to use my own money many times. We also need an exchange program; we shouldn’t always be taking the same people to Terra Madre.