“Migrants are talked about lots and wrongly.” So stated journalist and Sky correspondent Monica Napoli at the opening conference of the Migranti Film Festival 2018, summing up the point of departure for the University of Gastronomic Sciences (Unish), founder of the Migranti Film Festival, currently being held for the second year running in partnership with Slow Food.

In other words, taking an analysis of the media’s misinformation as the starting point to encourage and inspire a more profound reflection on a topic that is anything but superficial. Napoli was speaking on a panel along with Zohuir Loussini (Rai News), Paolo Corvo and Maria Giovanna Onorati (Unisg) and Edoardo Fanti (Doctors Without Borders). 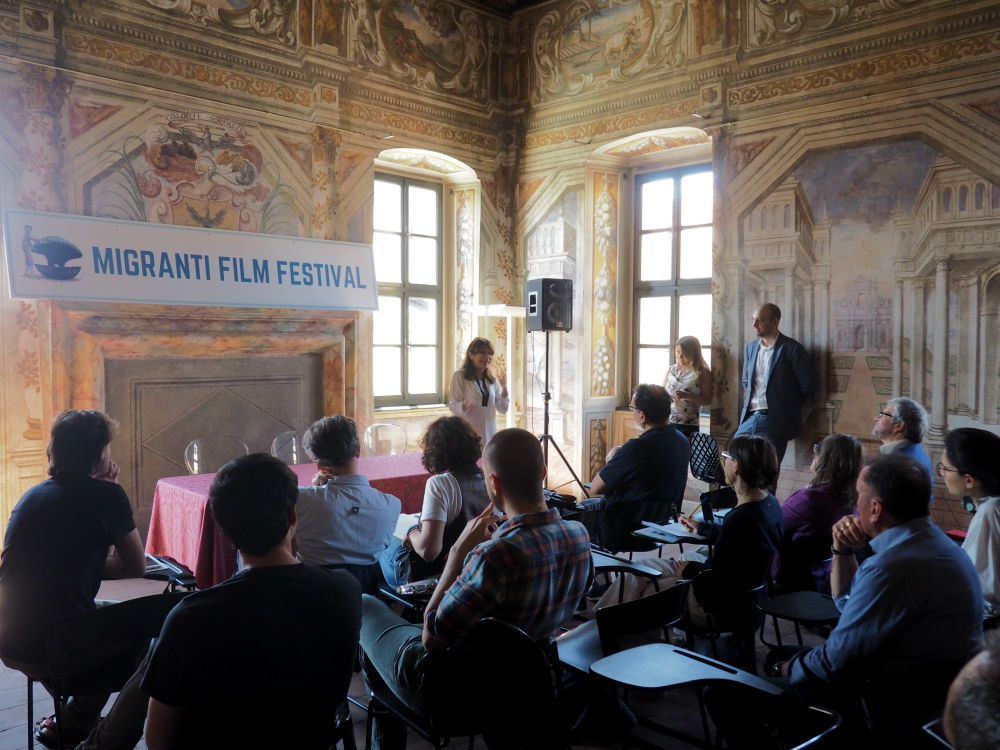 The idea of malnutrition evokes images from far-off countries in the global south, the result of Western policies and forgotten conflicts that are generally ignored by the news, perhaps because they are not appealing enough to the mainstream Italian media. But there is another malnutrition, here, in our country, the malnutrition to which migrants are exposed once they arrive on European shores and enter the Italian reception system. “Being detained and protected involves a condition of dependence that does not make subjects active, but generates situations that are generally difficult for migrants,” explained Maria Giovanna Onorati, a professor at Unisg. This gradual loss of well-being also comes from the lack of provision of a diet that is sensitive and adapted to cultural and religious needs.

This is just one reason why starting from food, and seeing it as a driving force for integration, is of fundamental importance to constructing the current and future resilience of migrant communities in Italy. The project launched by the collaboration between UNISG and UNHCR aims to give value to the skills and talents of refugees and asylum seekers and to create a network of organizations working together to construct social cohesion through gastronomy. The hope is that this proves an excellent recipe for transforming an informal cultural heritage into qualified expertise and the role of migrants from victims to actors of change.