Archive » Food Is Culture at the Kinookus Film Food Festival 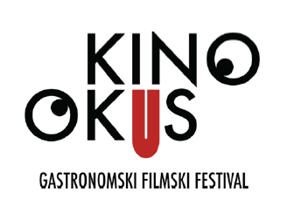 Held in the Croatian town of Ston between June 27 and 30, 2019, the 10th Kinookus Film Food Festival explored the biggest question of our time: How can we feed a planet suffering from climate breakdown and soon to be populated by 8 billion people?

The festival’s special guest this year was the European project Food Is Culture, led by Slow Food, Nova Iskra, @Transpond, Europa Nostra and Association Kinookus. The project aims to raise European citizens’ awareness about our food heritage, a way of expressing our connection to Europe that also helps us better understand the rich and unique character of Europe’s cultural diversity.

As a tangible demonstration of our food diversity, a multimedia exhibition entitled “What you didn’t know existed: Endangered food from around the world” has been created. After being presented in March in Stockholm, it was brought to Ston as part of its travels around Europe, visiting cultural events and spreading the stories and traditions that make up our food heritage. The exhibition was designed in cooperation with renowned food designer and independent curator Josefin Vargö, who lives and works in Stockholm.

Ston audiences also had the opportunity to see the promotional video for the Food Is Culture project, produced by the Association Kinookus, and three documentary films about endangered heritage foods: Il servitore di Yggdrasil about Giulio Gelardi and manna production in Sicily, by Vincenzo Allotta, Gabriele Tramontana and Vincenzo Pennino; Gurpi, produced by Carl-Johan Utsi and written by John Erling Utsi, about the Swedish Sami people’s cured reindeer meat; and In the Name of the Father by Remo Schellino, about the Slow Food Presidium for Basque Pyrenees mountain cheese.

During the festival, audiences also had the chance to meet many local food producers and sample their gastronomic heritage.

Find out more about the Food Is Culture project here