Is fonio the next supergrain to take the planet by storm? A perfect grain for the semi-arid lands of the Sahel, it has long been relied upon as the staple that got the populations of Burkina Faso, Senegal, etc. through lean periods. With deep root systems, this ancient grain prevents soil erosion and needs little water.

The 20th century (with its reliance upon intensified agricultural practices and industrial harvesting) has not been kind to the fonio. Were it not for subsistence farmers in West Africa who still bothered with the laborious harvesting and husking, it may have given way entirely to the dominance of corn and rice.

There are two varieties on the Slow Food Ark of Taste: Fonio blanc and black fonio. The black is more common in Togo, Benin and Nigeria, but is difficult to find elsewhere. While the white has long been cherished for religious festivals, harvested by both men and women and involving dance and celebration, it is also beginning to find its way to the Global North (thanks to efforts led by Seneglese chef Pierre Thiam) to export the crop in a manner consistent with Slow Food’s commitment to shortened supply chains. To learn more about the region’s food and agriculture, watch the Cultures of Resistance’s documentary, Burkinabè Bounty. It debuted in Turin in 2016 too.

Pierre Thiam’s Yolélé Foods is attempting to reach West African migrants in North America and elsewhere who crave their food of home and to build recognition among the food movement consumers who wish to spend in accordance with their values. Thiam, who addressed the 2016 edition of Terra Madre Salone del Gusto, hopes that “bringing fonio onto the global stage may help transform the West African economy.” 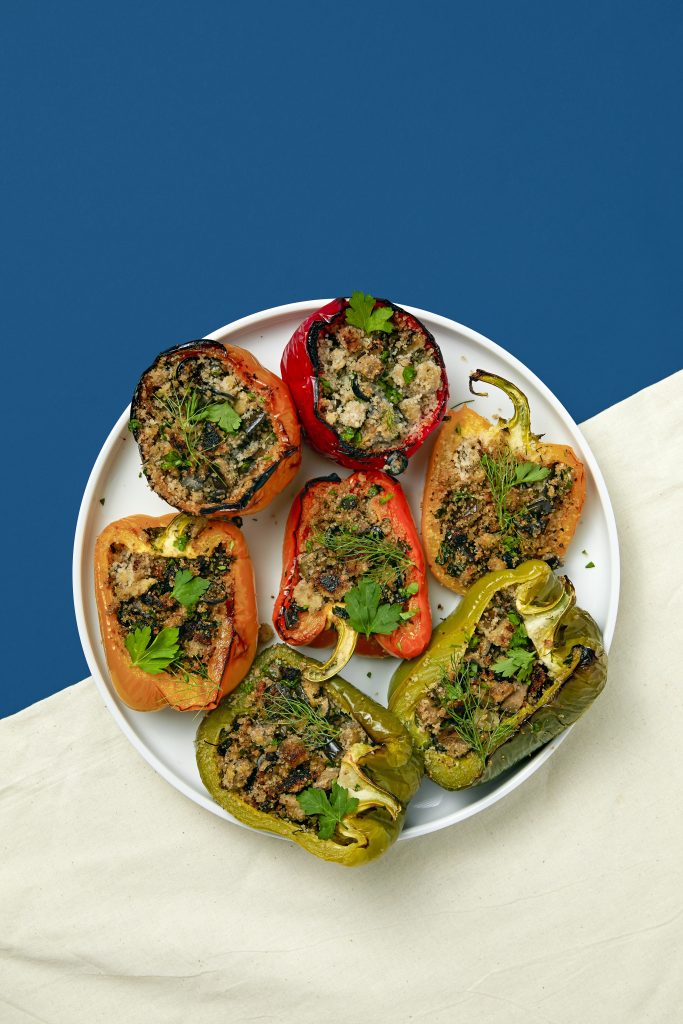 Ask for fonio wherever you purchase grains, global foods, etc. So small, it has been compared to grains of sand. It cooks quickly, like you would grits or creamed wheat.

Devoted to cross cultural learning, this recipe comes from Pierre Thiam’s team. Simple to prepare, it features sweet peppers that are beginning to make an appearance in local markets in warm regions. It is inspired by a traditional Italian dish (known as puparuole ‘mbuttunate) from Italy’s Amalfi Coast.

To serve: Top with reserved garnishes and enjoy. One stuffed pepper per person should be adequate, depending upon the size of your sweet peppers.

–> This recipe is part of the Meat the Change campaign, carried out to raise awareness among producers and consumers about the environmental impact of meat consumption and production. Find out more here

–> To learn more about Meatless Monday: Watch the videos about how it is going global; and the tour of Terra Madre. To join us, submit a recipe of your own via email ([email protected]). If you prepare this week’s recipe, post images online using the hashtags #MeattheChange and #MeatlessMonday. 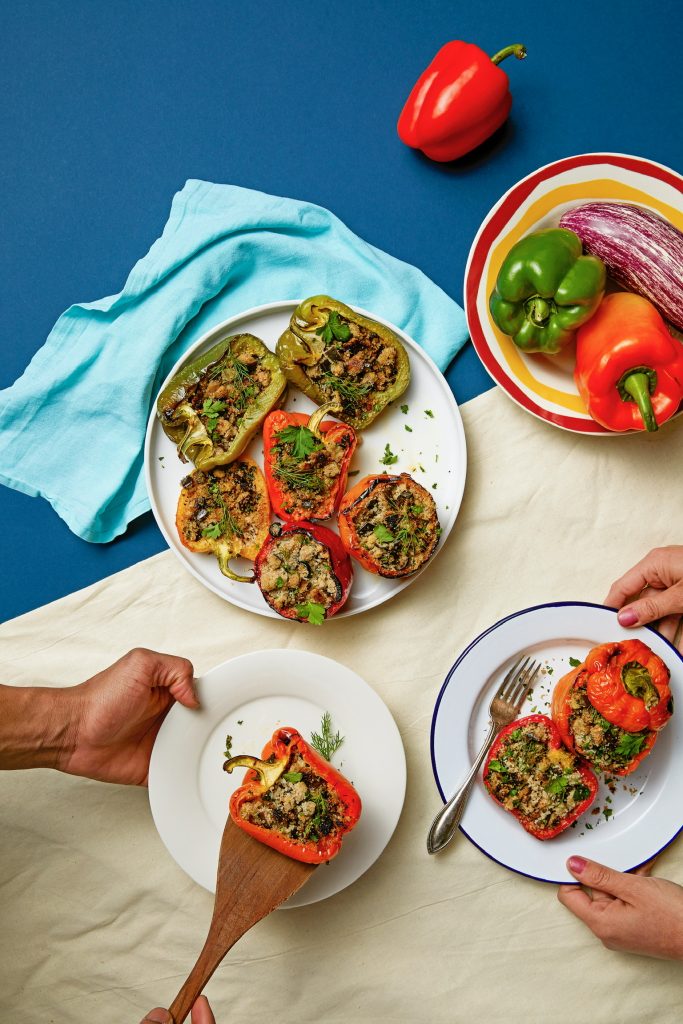